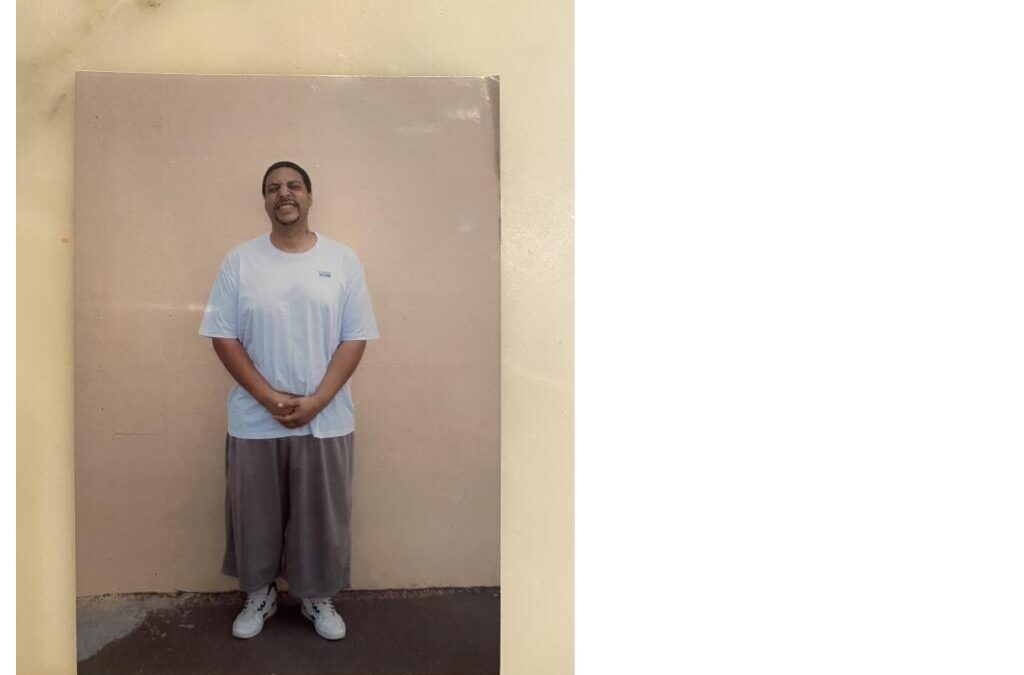 Last year she developed feelings for me. I know I’m a burden, she has six kids and has been married twice. She didn’t want to show her feelings. Instead, I was mean and pushed her away, I thought it was for her own good.

It became what it wasn’t meant to be. She wanted me to be her prince charming. We don’t talk anymore. She was all I had left. I’ve known Sara my whole life. I babysat and raised her since I was 19 and she was 15. She got locked up and then got out. She was really there for me. She gets it in here. She wrote to me, sent me money, packages and paid for lawyers. She was my best friend and loved me. She is dear to me. She was there for 13 years. We have a history.

I think that people misconstrue what prison is, and don’t know what goes on here. It’s traumatic for me. I am homesick all the time. Living here is like a nightmare, I hate it. I did wrong, but not that wrong to suffer this. All humans make mistakes. We’ve all done some things wrong.

This institution has taken so much from me. They lost all my pictures of my loved ones that passed away, including my mom. I try to transform it into a positive. I believe in the law of attraction, that there are secrets to figure out, energy to pursue. This DVD “The Secret” by Rhonda Byrnes talks about it. It was huge in 2007.

I’ve learned to avoid energy thieves, those people that ask you, “What are you smiling for?” I say, “Don’t worry about it.” I made it through years, I’ve lost family and friends. I have a good friend in here, Miguel. We have a weird bro thing. We understand what we go through, like family, even though we don’t say it. Miguel checks on me. Even Miguel’s got everything you would want, but he’s still stressed out, going through it too.

I don’t have a wife yet or other things. I do understand I would still be hurting if I did. It hurts that the person that loves you is not here. I do have support from a man who has been a pastor for 40 years. He’s like a dad. David Lucci. For 15 years he’s been here for me with everything, with unconditional love.

The secret is here …. someone leaves as another comes.