When they told me I was found suitable and I’d be getting out of prison it was really emotional. We’re talking about waterworks. I was in tears, I was so happy. One of the things that I appreciated is that the parole board was able to see me for who I am today. They explained how I’d be able to impact society moving forward based on the work that I had done inside. It just felt good to come from one extreme spectrum when they said, “Mr. Ross, we’re not going to let you out of prison with a high rate of recidivism; we just can’t do it, the public won’t allow it.” Back in 2016, the board did not grant me release. They validate who I am today and found me suitable. It’s almost as if they’re saying, “I could see you as my neighbor.” It felt good to be validated in that sense. I was super excited.

On the day of my release, I went down to Receiving & Release, and guess who came down to film me? HoSQ co-founder, Juan! So, I’m cattin’ around with Juan and the cameras. I had purchased this suit – well, a friend of mine wanted me to send out my measurements so I could get a tailored suit. When it came, the coat didn’t seem to fit. And the black shirt that I had definitely didn’t seem to fit: it was so tight on my forearms. My veins were popping because it’s too small, but it seemed like it fit in the pictures. They’re doing the interview when I’m putting the suit on about what it feels like to be getting out of prison, and everything is pretty much a blur. It’s surreal. I see them, but I don’t see them because I’m so excited about what’s about to take place.

As I’m walking out and the cameras are following me, there’s two others who were being released at the same time. Together, we got in the van and drove off. The other guys told me, “We thought you were supervising the guys with the cameras!” I didn’t look like I fit in that environment. So even before I got out of prison, I had already transformed the way I looked and the way people saw me. It felt good for me.

I walked out, and there were all of my supporters, my brother, my sister, and my cousin Fanya Davis. Angela Davis, couldn’t make it. My family members that were there and my circle of supporters. About thirty people showed up. I said, “When I went to prison, it was in the 80’s, and they were doing dances like this.” I did this dance that made me look like a damn fool. Then I did this dance that a lot of white guys used to do. I said, “But now, we’re in the new millennium and I did the Bernie.”

Next, we headed to the Dream Center which is a transitional housing place where I will live in Oakland. When I get there, they tell me to come back in 24 hours. I asked Fanya if I could stay at her place. Now, Fanya stays in Oakland Hills. In Oakland Hills they have greenery… it’s greenery, I mean, the scenery is greenery. You know what that means, right? I noticed that she has a lot of family pictures and African art around, and I appreciate the space. We bought some Thai food, shrimp fried rice. That was basically the only food I wanted out here.  I put on some short pants, some flip flops, and we’re sitting on her patio, under an umbrella and I can’t get over the greenery.  I get the food out of the bag, and I just start laughing. She’s like, “What’s so funny?” I respond, “Less than 24 hours ago, I was in a prison cell, and now it seems like I’ve been plucked from the prison cell and dropped into an oasis. There’s blue skies, and there’s greenery. It’s nice weather, beautiful weather, and it’s a wonderful feeling to just be free knowing that not too long ago I was in a cell. And not just in a cell, but 36 and a half years of being incarcerated. So, that was the first thing that stood out to me that day.

The second thing, today I have a GPS, ankle bracelet monitor because I’m considered high-risk. While at Fanya’s I didn’t have it on yet so I was able to sit in a jacuzzi bubble bath. How about that? Fanya has these salts that she puts into the water. In prison, we take showers. It’s a communal shower area. Can you just imagine what it’s like to just sit in a hot bath? Just allow your body just to sink into that hot bath and become engulfed with that warmth? It felt so good to sit in that. And then, to hit the jets? I was in heaven! And I laughed because it was a happy moment for me to experience. So that was the second thing.

The third thing was I went into the guest room. The guest room has a queen sized bed and a comforter, and when I layed on that bed it felt like I sunk to the bottom. In prison, we have these steel plated bunks with a mattress that might be three inches. So, there’s no give on a bunk. When I cut off the lights, pitch darkness and complete silence. In prison, there’s always a light. There’s a night light, there’s always some type of sound whether it’s a radio, a TV, somebody’s keys jingling, somebody’s coughing, somebody’s talking, the PA system. So if you can imagine what it’s like to be in a comfortable bed in pitch darkness and complete silence. Of course, I laughed because it felt really good. I definitely remember that night. The first day I was out of prison, the way it made me feel. An unbelievable feeling just knowing I was finally out of prison. I have my whole life ahead of me now- essentially what I have left of my whole life. 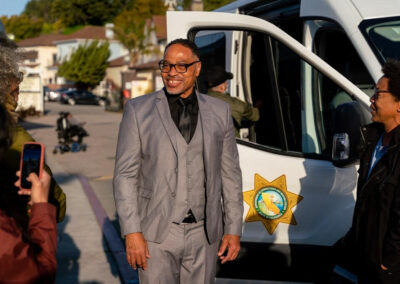 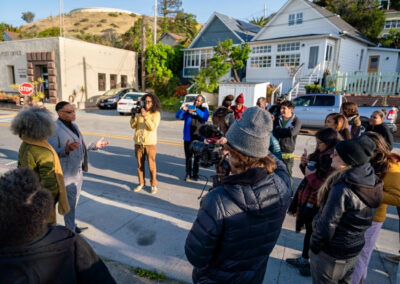 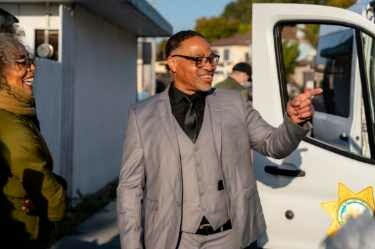 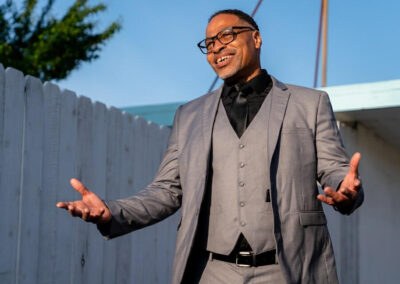 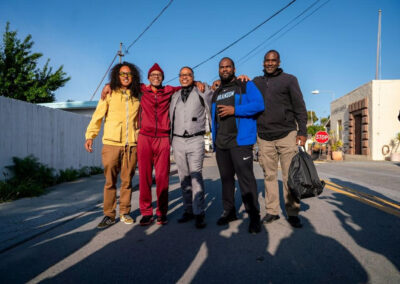 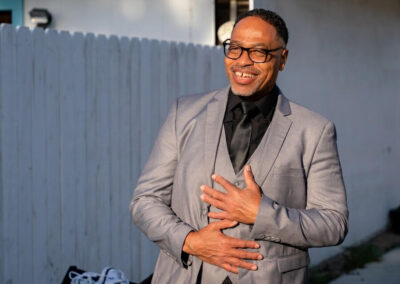