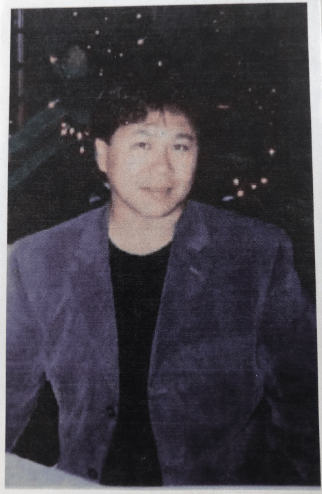 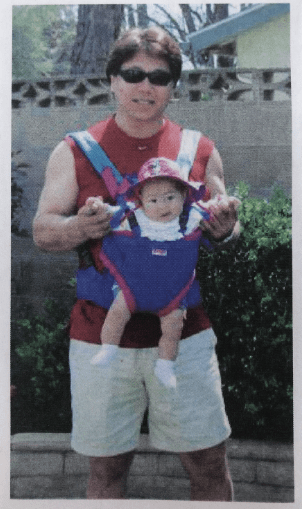 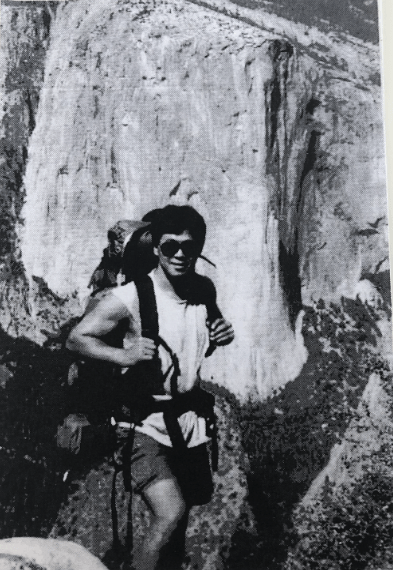 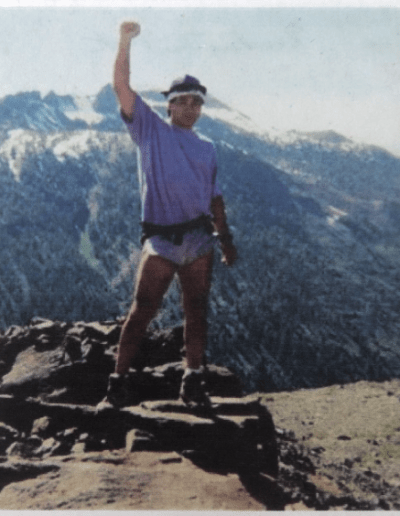 I have always been a proponent of pro-choice; and if anyone ever asks me what my feelings are on the abortion issue, I’ll firmly tell them that; but I’ll also have to tell them about the love I have for the girl who never was and how very much I miss the times we never shared together.

I firmly believe in a woman’s right to choose, but difficult choices sometimes come with adverse emotional effects. I also know from experience that difficult decisions can come with consequences. Sometimes those results are fleeting, at other times they affect who and what you are. Following is my experience with an abortion, and how it affected me. Some years ago I met Joy, a woman who shared my love of the written word, as well as my joie de vivre. We shared our dreams with each other and began discussing a possible future together – even making plans to retire at some point to somewhere remote and beautiful where she could write her stories, while I put mine down on canvas. We talked excitedly about taking trips afar and sailing my yacht to distant ports to seek inspiration for our endeavors.

Unfortunately, circumstances caused us to split up. Even though we were far apart, emotionally and geographically, I knew that I was in love with Joy, and was certain that she felt the same way about me. I kept in touch with her via email, often attaching stories and poems I’d written expressly for her. Some of the writing I did during this period was the best I’d ever done, because it was sincere and from the heart.

Two months after our split I was surprised by a call from Joy, who informed me that she was pregnant, and already being a single mother, wanted an abortion. Since she seemed rather flustered and apprehensive, I offered to make all the arrangements for her and pay for any costs involved with the procedure if that’s what she really wanted to do. She assured me that she wanted to get it done.

Over the years, I’d heard horror stories about abortions, so after hanging up with Joy, I felt compelled to research the procedure and investigate facilities in her area. After conducting this due diligence, I set up an appointment for her at a clinic near the university she attended. I then called Joy to let her know about setting up the appointment, and to alleviate any trepidation she may have had, told her what I found out about modern abortions: it involved the ingestion of a medication that aborted the fetus. If this wasn’t successful within a few days, she would have to return to the clinic to do it again. I offered my moral support and told her that I’d drive her to the appointment. Joy seemed relieved to not have to go through the experience alone, saying that she appreciated my support.

I began pondering something over the next few days and called her a few days before the appointment to share those thoughts with Joy. I told her that if she wanted to do so, I would love to have the child with her. She gave me an emphatic “No.” So I picked her up at her house the next day to take her to the facility that was about forty minutes away. As we drove, I reiterated my desire to have and raise the child with her ; but she wouldn’t be swayed, so we continued on to our appointment.

When we got there, I was glad to have done the research I’d done on the clinic – it was very professional. In light of the emotions involved with the procedure, it was important to me that Joy was comfortable, and more importantly, safe. There vere about a dozen other women in the waiting room. Only one was accompanied by a man , and he looked like he wanted to be anywhere but there. Like many other medical facilities I’ve been to, the room temperature seemed rather cold. I imagine that if you are experiencing any fears about what was about to happen, it would seem even colder. Joy did seem apprehensive, and sidled up close to me; so I put my arms around her as I assured her that everything would be fine. As we waited, I started to feel uneasy about the situation. Up to that point abortion was just a concept to me, now it was a reality. I thought about the fact that there was a tiny person inside of the woman I was holding- a woman I was in love with. I felt revulsion that there might be as many as two attempts to terminate this potential person. I turned to Joy again and asked, “Are you sure about doing this?”

She hesitated for a moment, but said, “I have to do it.”

Just then a door opened, and a nurse called for Joy. She got up and followed the nurse through the doorway into the operating area. As she did so, she looked back at me and I saw uncertainty in her face. My heart felt like it was in a vice.

As I had feared, the procedure didn’t take, so we had to go through the process again. There was no question about going through with it this time since there was a high probability that the first attempt had caused irreparable damage to the fetus.

Because an appointment I had ran late, I missed my flight and had to meet Joy at the clinic. I felt awful during the first appointment, but the second one was so much worse for me. Joy later told me that she had felt the same way. That’s a thought that haunts me to this very day: a sense that we’d made a little girl, and she seemed to have fought to live.

After the appointment, Joy told me that she had a sitter for the night, and asked if we could go out for a bit. We drove separately to have dinner at her favorite restaurant followed by a movie. After the movie, Joy called home and after hanging up she told me that the sitter was willing to stay the night, so we could stay out as long as we wanted to. I drove to a nearby casino, where we caught a lucky streak and had a great time through the early morning hours.

When we got back to where Joy parked her car, I walked her to her vehicle, opened the door for her and shut it after she got in. I motioned for her to roll her window down, and when she did, I kissed her goodnight and she willingly kissed me back.

As we drove away from each other, she went to her home and me to the airport, we talked on the phone like we used to do- full of laughter and animation. On my flight home, I was glad that Joy and I seemed headed for a reconciliation; but that elation was countered by the overwhelming feeling that the abortion had been a terrible tragedy. I agonized over the fact that I hadn’t been able to talk Joy out of going through with the abortion.

Joy and I eventually married, and a year and a half later we had a beautiful little girl. I just couldn’t imagine this incredible child not being part of this world.

Because of the incredible relationship that blossomed between my daughter and me, I often think about what might have been with the little girl who had not been given the chance to live, love, be loved, and become the person she had the potential to be. Although she was never born into the light, I often imagine what her birth would have been like, and the journey she would take into adulthood. I think often about all the questions I would have answered for her, the things I would have shown and taught her, and the places we would have gone to together.

I envision being with her at birthday parties, Christmas celebrations, playgrounds, parks, and on vacations. I picture myself laughing with her, teasing her, comforting her when she is hurting physically or emotionally, and staring in awe at her as she makes new discoveries and learns all that she is capable of. As we are the sum of our experiences, she is a part of who I am. I feel a love for her as any father would love his daughter, and feel the paternal instinct to love, teach and protect her even though she’s not there. I have always been a proponent of pro-choice; and if anyone ever asks me what my feelings are on the abortion issue, I’ll firmly tell them that; but I’ll also have to tell them about the love I have for the girl who never was and how very much I miss the times we never shared together. “The most painful state of being is remembering the future; particularly the one you no longer have. ” Kierkegaard