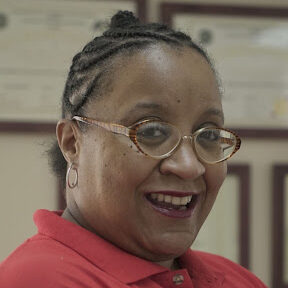 *BE A PERSON OF INTEGRITY, SUBSTANCE, AND CHARACTER!

*BE THANKFUL FOR YOUR LIFE!

*Always do the right thing in every situation … it’ll pay off!

* IT’S NOT ALL ABOUT YOU! -BE CONSIDERATE OF OTHERS! PLEASE!! 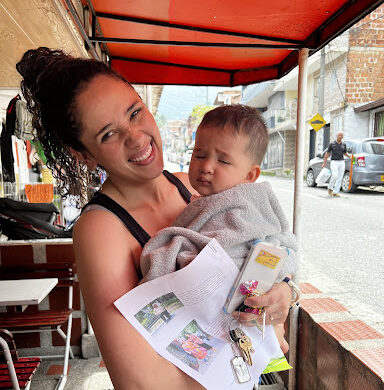 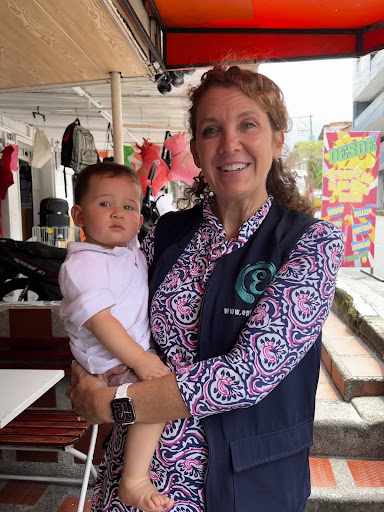 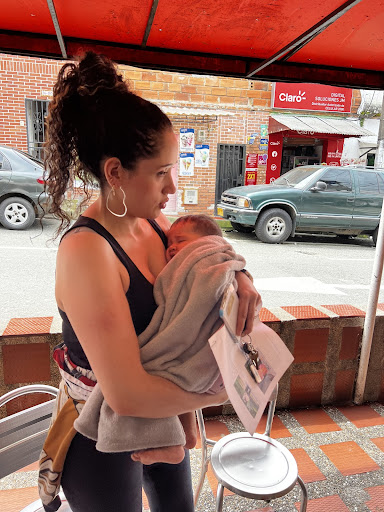 Diane: How is your daily life without your husband?

Julissa:  In the beginning there was a lot of anguish, distress and worry. It happened too quickly. I was very scared. Our family dynamics changed radically. He was the main caregiver for our daughter, Celeste, since I was in school.

Diane: Do you have children together?

Julissa: We have two children. Celeste is nine years and Rafael is 11 months old.

Diane: How long has your husband been imprisoned?

Diane: How often do you get to see him?

Julissa: First, he was in a prison here in Itagüí, where we live. We saw each other every week. He was there for a year, and then was transferred to a prison in Santander, in another state. I had to jump through a bunch of legal hoops to request him to come back. Right now, he’s in a prison in Puerto Triunfo, and we see him every 21 weeks.

Diane: Why so long between visits?

Julissa: Because of the pandemic, they only allot two visits per year. We are hoping eventually, we’ll be able to see him every month.

Diane: Is it difficult to be transferred?

Julissa: It is very difficult, he’s four hours away. The idea of getting there is complicated. Even though they made the visits more often, monthly, it’s not easy. I have to leave at 2:30 in the morning to arrive at 6:30. In total, it costs about 150,000 Colombian pesos which is a lot for me. Right now I’m unemployed, so it’s really hard. I’m one of the ‘lucky ones’ for having a car. The others have to take a bus, leaving the day before and arriving at three in the morning. They bathe in a small room they rent before they enter the prison.

Diane: How does he parent from afar?

Julissa: He tries to do his best. He was the primary caregiver for Celeste, so breaking off completely from her has been, and continues to be super difficult. He’s calling all the time. He tries to do homework with her. I don’t know if I can mention this, but he has a phone, which helps a little. I try to communicate everything about her to him, but sometimes she gets mad and says,  “Why did you tell that to dad? Don’t tell him everything!” I responded, “Because he’s your dad and he needs to be aware and know everything.” He is always watching out for her, wanting to know if she’s doing well or not. He’s very present and he really cares about them.

Diane: What’s the hardest thing about him being away?

Julissa: Everything. It’s hard to maintain a long-distance relationship, especially since we were used to being together all the time. We are not verbal, but rather physical, when showing affection. When there are problems at home, sometimes I don’t tell him everything. I don’t want to stress him out. I feel helpless. I know so much happens to him in there, which he keeps to himself, not to worry me. For example, I know that this week he went to bed every night hungry, and that kills me. They’re giving them spoiled meat. The corner store isn’t selling them anything either, so he’s only getting liquids. That is really hard. It’s a pretty difficult, violent prison. They fight a lot. So it’s a lot of agony knowing I’m eating well compared to him. Also, the temperature at night is hot, I despair knowing that sometimes it is 29 or 30 degrees -is really difficult. They sometimes take the fans, their only air. They do such difficult things for them, for no reason. Evil inhumane things. Dealing with that is the toughest part for me.

Diane: I want to hear about your tattoos because I hear you’re an artist.

Mauricio: My tattoos, well, I’m a professional tattoo artist. That’s what I do here. This is what brings me a bit of calmness and lets me feel removed from all the issues and troubles.

Diane: What part of being an artist makes you calm?

Mauricio: One way is the sensation of the other person being happy with the tattoo when I finish and to see their reaction and happiness. Also, it doesn’t allow me to overthink things outside. I’m focused for a lot of hours on the tattoo. I tattoo myself when I’m super stressed.