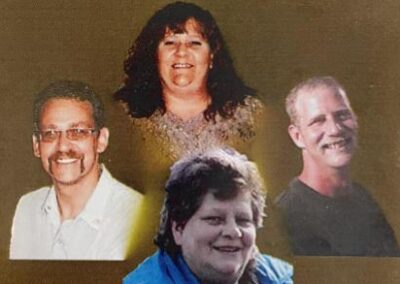 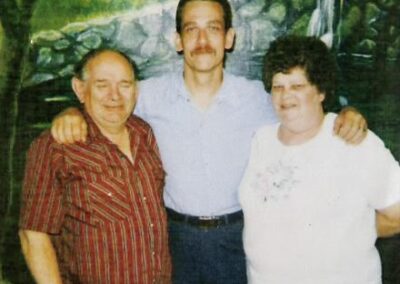 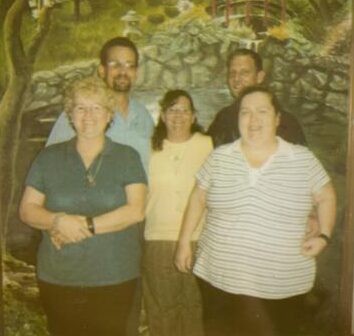 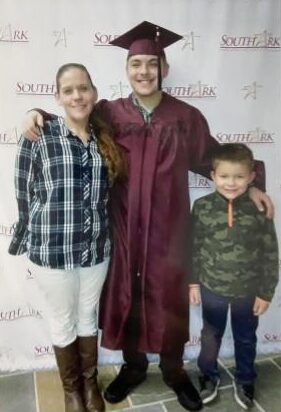 Who were you then and who are you now?
I am a survivor and my hope and my prayer is that in telling my story, someone will hear it and know that they are not alone. This is something that we deal with as child survivors. We feel that we are alone and have no one to turn to – especially behind these walls.

I am an artist, a woodworker, a cabinet maker and a bead-work

I didn’t find out I was Native American until I was a teen. My father wouldn’t recognize it. As far as he was concerned, my mother’s heritage was Scottish and Irish, not Blackfoot Indian.

It wasn’t until I reached a point in my healing where I could talk to my father again. It took me 36 years. October 1982 was our last fight. I was home on leave. A situation came up where he was bent out of shape and tried to take it out on my brother, Len. I wasn’t going for it. My father became violent and we got into a fistfight. My mom turned around with a skillet in her hand and said we wouldn’t fight in HER kitchen and we needed to take it outside.

How did your relationship with your father impact you?

I lived in absolute terror of my father. You need to understand that my father was abusive on all possible levels. He molested me when I was seven. It’s something that I’ve learned to handle with a lot of work. I couldn’t live locked away anymore. In my father’s household, boys don’t cry and don’t show emotion, so I shut down. The only emotion acceptable to my father was anger.

How did this abuse impact you once you enlisted?

I enlisted in the Navy at 17. I wanted to visit places around the world I hadn’t seen. Our family summer vacations were on average a month-long and my parents would load up the camper and we’d go camping. We went to Alabama, Arkansas, and by the time I was 17, I had been in all of the lower 48 states. I wanted to go overseas and the Navy gave me that opportunity. By 21, I had a first-class education in Aviation Electronics.  I got to travel overseas, all over the Pacific Rim, see countries and places that most people only dream of, got paid to do it, and had an absolute blast. In the military I learned the way my father raised me was set in stone. At home my job in life was to protect my younger brothers and sisters. By the time I got out of the service, between my training and the way that I was raised, I didn’t see Scott as a person, when I took his life, he was a target. I emasculated him because of my childhood trauma of being harmed and my anger towards all sex offenders and child molesters. I didn’t have the tools I have now to deal with someone hurting the girls. If someone hurt them they answered to me. It was like flipping a switch, especially after I found out he raped my friend’s wife.

Who were you then and who are you now?

I am a survivor and my hope and my prayer is that in telling my story, someone will hear it and know that they are not alone. This is something that we deal with as child survivors. We feel that we are alone and have no one to turn to – especially behind these walls. I’m working on accepting how empty I was of empathy, compassion, and feelings. The Victim Offender Education Group and the Veteran’s Healing Veterans Program laid the groundwork for the trauma and healing. They helped me deal with my criminal thinking, how I wrongly took the law into my own hands. I had to learn that contrary to how I was raised, taking an action like that is not my responsibility. I am not the law. It’s helped to tell my story and to be able to walk side by side with my sister on our path of healing. She’s the one that got me to understand that forgiving my father was not for him, but for myself.

What would you tell your dad if he was alive right now?

I was able to tell him for the first time in 45 years that I loved him. “I’m not going to mourn your death, we will celebrate the other side because you’re going to begin the next stage of your journey.” The only thing I ask is that when you see Grandpa, you do it with a smile on your face and peace in your heart.”

After 35 years, what would you tell Scott if he was here now?

I’d love to be able to tell him that I am so sorry for what I did to him because he didn’t deserve to have his life taken away. There is no possibel way I can make amends to his family for what I took from him and them, all those birthdays and special events missed because of my actions.  I ask myself now, “Who did I think I was to take him away from his family? What right did I have to take his life?” None. There’s no excuse or justification for my actions. With the work that I’ve done, you would think it would get easier to talk about, but it gets harder because I’m not shutting anything down inside myself.

Scott has nothing for me to forgive him for, it’s the other way around. Whether he did what was said or not, or what I believed at that time. Fast forward a lifetime, I understand that it doesn’t matter what he did or didn’t do. What I did, doesn’t change it. I’ve come to terms and I’m at peace with the fact that I may spend the rest of my life in prison. Would I like to spend time with my sister,  daughter and grandkids? Yeah, I’d love to be able to do that, but the bottom line is: there’s a price to pay and I’m okay with paying that price. I accept the consequences.

🎤Interviewed by Edwin and Miguel, our inside West Block Correspondents