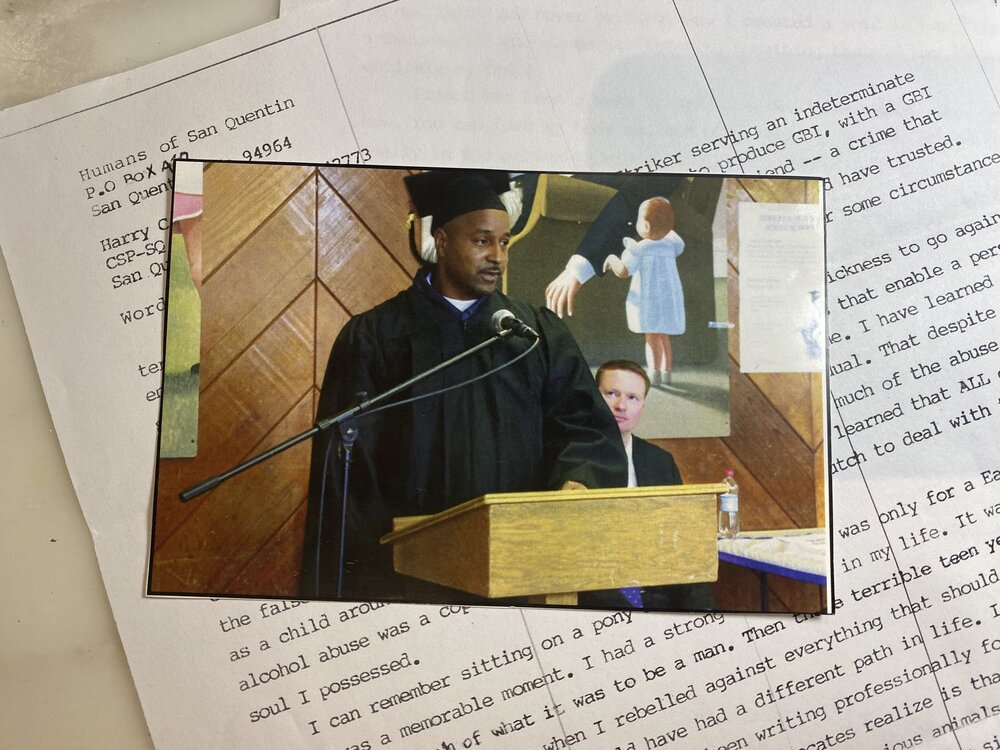 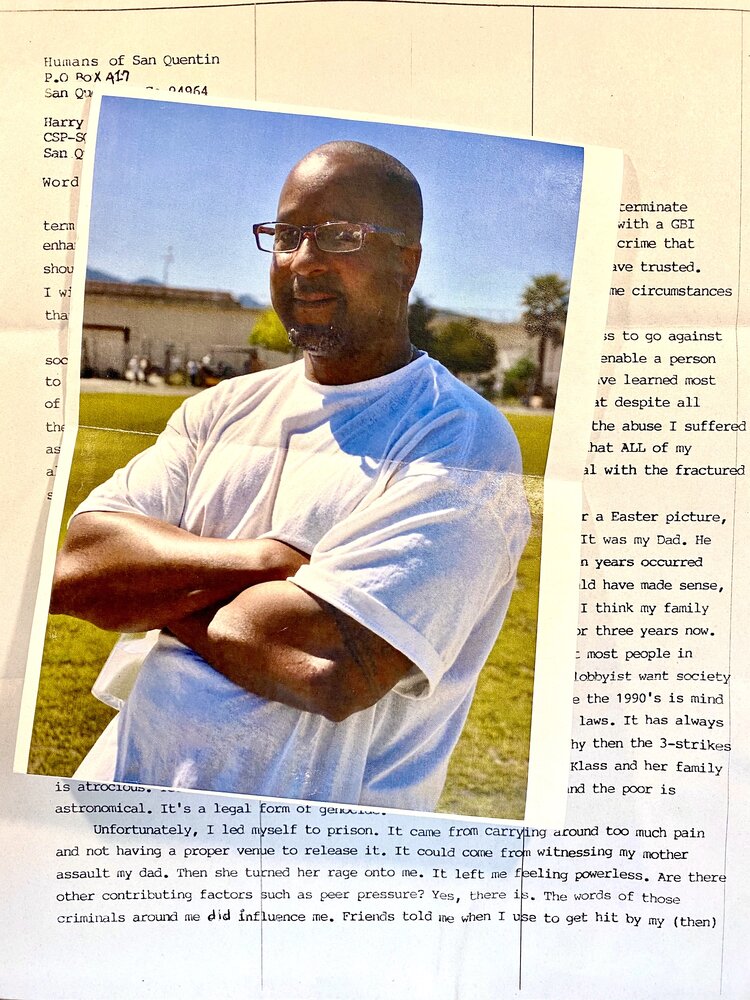 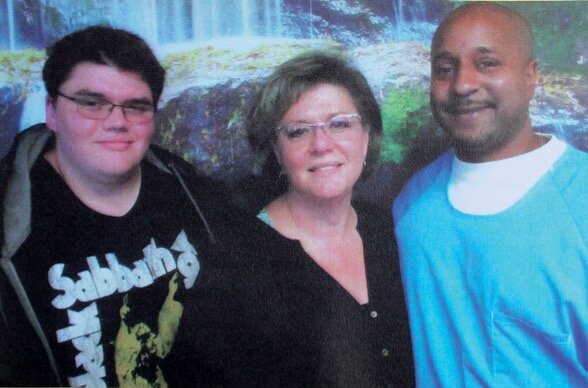 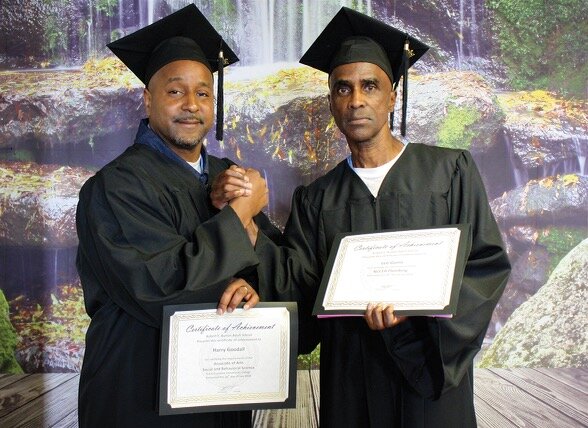 I was sentenced for 33 years as a Third-Striker for a vicious assault on my girlfriend – a crime that should never have occurred, not when it came from a person she trusted. I will never try to create an excuse for my crime. There are, however, some circumstances that led up to those fateful decisions.

I believe no one is born a criminal. No one is born with the sickness to go against societal norms and create havoc by breaking laws. Yet, there are situations that enable a person to think crime is okay. Here are some of my attributing factors that have been brought to light since I have been in prison. First, I was a very hurt individual. Secondly, I carried with me the abuse I suffered as a child. Third, I had little to no self-esteem. And lastly, I learned alcohol abuse was a poor coping mechanism, a self-medicating crutch that prevented me from being able to deal with my fractured soul.

The one person who was always there for me and a positive light was my dad. I’d like to give proper attributes to my dad, who was a strong role model until I hit my terrible teens. During that period, I rebelled against everything that made sense. He did his best to teach me what it was to be a man. If I had listened to him, I would have taken a different path in life and I would not be writing to you from a 10’ x 5’ cell.

During my rebellious teenage years, I succumbed to peer pressure and surrounded myself with criminals whose words validated my abusive acts. At a time when I was being physically abused by my girlfriend, my friends told me all she needed was to be smacked in order to learn her place. Their ignorance weighed heavily on my conscience and I took their foolish words to heart. I am sorry for the terrible acts I committed against her. The ripple effect from the harm I caused her can never be forgiven because I created a void in her life. By abusing her, my conduct spawned potential intergenerational domestic violence. If her kids perpetrated violence against others, that violence could be attributed to me.

Unfortunately, I led myself to prison. The cause of my actions came from carrying around too much pain and not having a proper outlet in which to release it. I wasn’t taught the coping skills I needed to deal with the pain. What I felt inside came from witnessing my abusive mother assault my dad. My mother would then turn her rage and anger onto me. It left me feeling powerless.  The actions of my mom left an impression on me at such a young age and stayed with me into adolescence and beyond. Her abuse fed my pain, cementing it in my mind and body to the point that I began to believe physical abuse was okay; it was a way to resolve conflicts.

Prison has been a wake up call for me. Over the years, it dawned on me that I needed to change, and change I did.  I began by abstaining from consuming mind and mood altering substances, and I invested my time in pursuing an education. I have been sober now for over ten years, and I have made strides academically.  I even gave the graduation speech for Coastline College here at SQ in 2017. Can you imagine that? An introvert loving public speaking! In one of my pictures, it is of me graduating college. It was one of the greatest achievements I have ever accomplished.

Ever since I chose academics and recovery, my perspective has changed as well; I have come to realize that, even though my body is locked up, my mind has been truly set free. Moreover, I believe I am in the polishing stages of becoming the best version of myself possible. And I hope to leave a legacy where others might come to realize it’s still possible to succeed even in prison. In college, I was able to learn a great deal about the human condition. Specifically, I was made aware of the psychology behind and the cause and effects of my actions. Having reflected upon the underlying causes of my criminality from an academic perspective, I was able to develop a way to effect change within my daily living. I have earned three college degrees and I feel education is the only free aspect of a person in prison and their heart.

One of the ways I learned to address my problems was through writing. This act of expression allowed me to channel negative, harmful thoughts and actions away from myself and others. It has been very effective in that I no longer choose to react to situations or circumstances using outbursts or by means of physicality; writing allows me a chance to respond to these challenges in a methodical manner.  Writing has been my gateway to freedom. I now write so others can see life through my eyes rather than feel pain through my reactions. I think my family would be surprised to know that I have been writing professionally for three years now.

With these successes and breakthroughs and the fact of my meeting and marrying my soulmate, there remains the stark reality of being separated from society and my loved ones.  I miss so many things about being outside. Simple things like the smell of fresh cut grass. Being able to go fishing. The family gatherings over the holidays. I miss the memories that I could have built with my family. I missed the first steps of my kids and many other firsts in their lives. I miss being able to cook meals for the holidays and giving away more than we eat. These miss-vs-missed events also inspired me to change. It was the initial spark that led me to see that in order to fix my problem I had to first realize what was broken.

My wife is helping me understand these things during our life journey and our pursuit of love. I appreciate the love she has brought to my life and I look forward to my time talking to her at the end of the day.  I see love differently now from anything I have ever known. I see the difference between loving someone and being in love with someone. I learned that I am worthy of love.

As for my children, my daughter has really been a blessing, and she is slowly trusting me and allowing me into her life. I hope my son, on the other hand, will eventually reach out to connect with me in God’s time.

The things I go through are directed toward conditioning myself for my re-entry to society and having a positive attitude helps me get through each day. I think everyone has a routine. Without one, you’ll have many things that fail to get accomplished. My plans are to be an at-risk teen counselor when I am released. I feel teens need the most guidance so that they don’t end up having to grow up and mature in prison like I did. Hopefully, with the help of people like me, that scenario will be avoided.