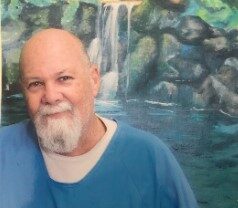 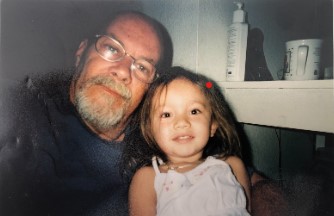 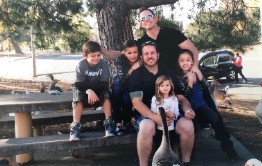 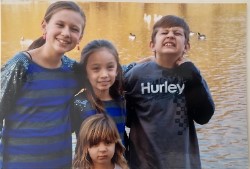 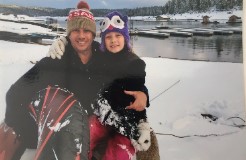 One of my greatest regrets is missing my grandchildren growing up. I was thrilled to be a grandfather, I would have been a great one. I missed it all.

I married my highschool sweetheart in September of 1967. Eight months later I was drafted into the U.S. Army. Two years later I got out and James Jr and Jason were soon born. I worked for the Southern Pacific Railroad for 25 years. When I was arrested in 2007, I had three grandchildren all under the age of five. Sometimes it feels like I’ve been in here for 100 years. With the pay phone I’m able to talk to my sons and grandchildren weekly. I know my grandchildren love me even though they know I’m in prison and why I’m here. I think of my family daily, I miss them terribly. My grandchildren were babies when I came to prison. I really don’t know what it’s like to be a grandfather on the street. I can’t get that time back, it’s gone forever. One of my greatest regrets is missing my grandchildren growing up. I was thrilled to be a grandfather, I would have been a great one. I missed it all. I have lived in a cage like an animal for 15 years. I’ve been treated like an animal for 15 years. It’s been a challenge not to become an animal. I have taken many self-help groups including non-violent communication and Restorative Justice. I’m currently in Guiding Rage Into Power (GRIP). The COVID quarantines have made life in here more difficult. I just want to go home and if they allow me to get out, I can get to know my grandchildren. I’m not a threat to anyone. 📸James would like you to meet his family, especially his grandchildren – Brianna 19, Keeley 18, Jacob 16 and Delaney 12.