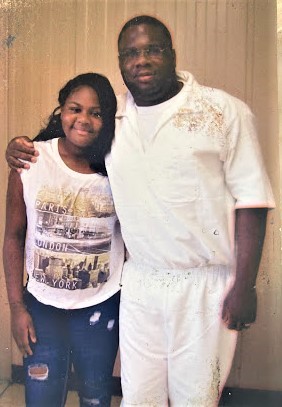 It is never where you are from, but all about who you are.

When I first arrived to prison I was amazed at all the negative things that people had to say about their cellmates. It didn’t matter the good, they always highlighted the bad. I saw how much stress and trouble it caused people and I vowed to never become a person who focused on the bad. The universe made it easy for me when I was assigned to a cell with a guy named Cesar. We were polar opposites. I was from the inner-city of Dallas and grew up during the hip-hop generation. Cesar was from a tiny border town in south Texas and barely spoke English. The day I moved in, he jumped off of his bunk and assisted me in hauling my personal property off of the tier. Cesar and I sat and spoke throughout the night. He showed me pictures of his three sisters, his mother and grandmother. He had come from a family stocked with women and he was proud of them all. I showed him a picture of my daughter. For the next two years we would carry on like this and Cesar became more than just a cellmate he became a brother. He taught me about music from Mexico and I taught him about hip-hop. He showed me the two-step and I showed him how to boogie! We were a match made in heaven. Cesar never cooked food without including enough for me, and whenever I washed clothes I would also wash Cesar’s. None of the petty prison politics that separates cellmates came between Cesar and I. We never had an argument and within six months we could complete one another’s sentences. When I hear people in the dayroom complaining about how terrible their cellmate is, I always tell them about Cesar. If he dropped something on the floor, I would just pick it up. If I left my radio playing too loud, Cesar would just turn it down. The day that they moved Cesar out of the cell we both cried. We hugged one another as if he was being deployed to war in a foreign country. His English had gotten better and my spanish was acceptable. Cesar showed me a very important lesson in life: It is never where you are from, but all about who you are. Cesar was a great man, a friend and the best cellmate I ever had in 23 years of incarceration.