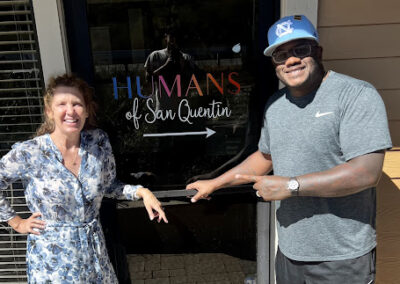 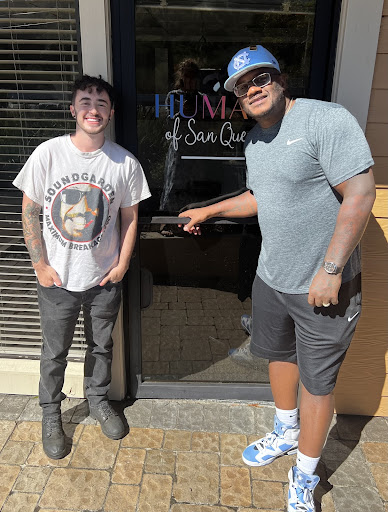 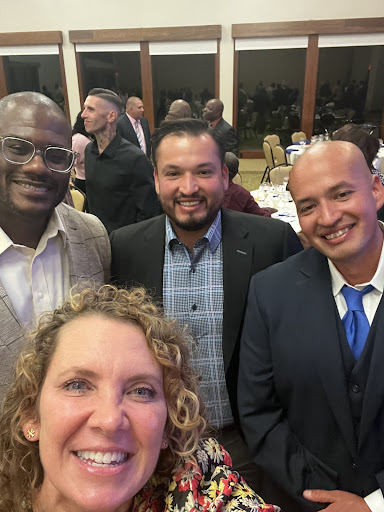 I vividly remember attending class to receive my high school diploma equivalent (GED)  at the Genesee County Jail, Flint, Michigan. Before getting locked up, I had previously been running with the local gang and crew, gangbanging hard and living violently. I was throwing my life away, totally unconfident in potential for a bright future, and not even expecting to live past the age of 25. I was locked up for the first time in my life, locked up for fighting at the mall. I was fighting to impress my fellow gang members, the gang being my only friends. I was nineteen. My bail was $200. My friend Clarence (Big C) and I were locked up together, his bail and charge were the same as mine. We spent the night in jail, and the next morning, Big C’s mother came and bailed him out. My bail was $200. I stayed in jail for two months. Not to mention, I’d just spent probably close to $200 at the mall, on sneakers, some rap cassettes, Tupac’s album and a couple others, and a Starter coat. I signed up for the GED because I’d heard you could watch television all day, plus it was a lot safer. The floor I was currently on had about 100 guys. One group of about 10-15 guys were all facing the same murder charge, with one guy walking around saying if he was going down, he was taking all those guys with him.

I met Big Ski, a Muslim brother who had big muscles and a big afro, and the respect of every man, as far as I could tell. He was about 25 at the time, he spoke with wisdom that made him seem a lot older. He began to take interest in me, speaking to me about many topics, encouraging me to change my life for the better. He never told me to stop hustling but did show me on paper how to properly flip a bag of dope or weed, to make it more profitable and stop ‘hustling backwards’.  We sat together every morning at breakfast and played dominoes and chess together. We went to class, and I applied myself. The teacher, a Caucasian gentleman probably in his thirties, began to encourage me, and I lived for his and Ski’s approval. The scores were posted on a computer printout the last week of the class. My score was second highest in the class, even higher than Ski’s. I was instructed to take the form with my test score on it to Mott Adult High School when I got out of jail. When I arrived with the test score to Mott Adult, a lady my grandmother’s age took the paper from me. She informed me she knew my grandmother. She asked me what high school I had previously attended. I informed her it was Northern High School. She stepped away from the information counter and disappeared in the back. When she came out, she had a leather cover engraved in gold with the words ‘Northern High School’ on the front. Inside was not that said GED on it, but the certificate said, ‘High School Diploma’, with my name printed nice and neat on that certificate. I pray you’ve comprehended well the words you’ve read up until this point.

Fast forward from then until now- I get on a plane from Raleigh, NC, to San Francisco, CA. I went there to draw knowledge and to connect with the co-founder of Humans of San Quentin, Diane Kahn, as well as Jesse Vasquez, whom Diane introduced me to. I met Diane via Instagram in May 2020 on her page ‘Humans of San Quentin’. I was looking at similar sites for two reasons. One, Covid was just setting in, and the prison I’d served at for the past decade had shut their doors to volunteer programs indefinitely. Since I had begun a nonprofit serving the incarcerated and my donations hadn’t stopped, I figured I’d best find ways to keep working! I needed to find ways to serve prisons during the pandemic, as well as more experienced organizations willing to offer guidance to the smaller ones, like mine, Stars Behind Bars. I figured Instagram was as good a place to start as any, and I’d concluded that San Quentin State Prison was the nations’ frontrunner when it came to programs, as well as overall correctional programs. I concluded that if California was the birthplace of both the Bloods and the Crips, and San Quentin was once the State’s most notorious prison, then either I would see a prison system that knows how to run a prison, or gangsters that knew how to run a prison, or neither, or both. Simple.

I found a gentleman on the Humans of San Quentin Instagram page my same age named Raheem Ballard. The page featured numerous men and their photos with stories of their life underneath; the page didn’t give me the aura of a dating page, but a page featuring determined men aimed to change the prison trajectory of doom and failure. These men were highlighted in such a way that would procure support and encourage redemption and future success for the men once they are released. The page has even helped some men GET a release date. Right away I sensed the orchestrator of this Instagram page had the proper discernment and insight to help an incarcerated individual experience true rehabilitation and success in a very major way. I reached out through direct message on how we here in Raleigh, NC, might be able to assist Mr. Ballard. It was Diane’s easy conversational tone that I most connected with, along with her willingness to listen to a stranger mention the similar work they were also involved with, trying to survive the pain of the pandemic. The pandemic of 2020 threw many of us into dark, unfamiliar places, just looking for shelter from the storm. COVID-19 took the lives of many others; and all this was happening as I was being awarded Volunteer of the Year by Wake Correctional Center in Raleigh, NC. Instead of using that notoriety and momentum to propel Stars Behind Bars into the next glorious phase, I suddenly found myself fighting to keep this small organization from drowning. I was using Instagram as a makeshift life raft; Diane Kahn and Humans of San Quentin appeared as a sort of lighthouse, way on the west coast, but ever so visible to us here in North Carolina. As my personal relationship with Bernard Ballard grew, so did my connection with Diane. She humbly and candidly shared her journey of expanding HoSQ. Over the next two years, she would share its journey while lifting me out of the dark place COVID had made for me.  When she shared that her team was let into San Quentin, I quietly counted it a victory for Stars Behind Bars as well, never losing hope that the day would soon come for us here, too (and it has!). I was careful never to reach out too often. I only wanted to share good news, but good news had become scarcer than any other period in my decade of service. I was reaching out more so to be encouraged, than to encourage. To me, Humans of San Quentin represented not only incarcerated men becoming free, but the organization also represented the next phase of my vision given to me by the man above.

I’m no punk. I’m not scary; for the past decade I’ve implemented programs in prisons for some of the most feared men in our society. But I am very much at home here in North Carolina- I was never too terribly excited to travel to the west coast where I don’t truly know a single soul (that isn’t incarcerated) (lots of negatives in one sentence, but you get the picture). My wife encouraged me to go forward with my dream, and without her it wouldn’t have happened. I’d still be yapping my jaws about it. Also, it was Diane who introduced me to a true soldier in the field, Jesse Vasquez, a contact person who would aid me in many ways, as well as orchestrate the clearance I’d need to enter San Quentin State Prison. Jesse and I have even become great friends. Jesse is the Executive Director of Friends of San Quentin News, and founder of Media-in-a-Box. These programs have what I believe to be the blueprint for properly highlighting incarcerated leaders in ways conducive to their future success, as well as the programs that support these men. One of the best gifts a person can give is people.

I got everything I went to get from San Quentin, and much more, despite the fact I didn’t get to spend very much time with Diane in person. I pray I gave everyone I met there something comparable, in return. When I returned home, I was reading the Humans of San Quentin ‘Meet The Team’ page, and I came across Diane’s bio on the back. When I learned that Diane has taught men inside to get their high school diplomas, it took me back almost thirty years to Genesee County Jail in Flint, Michigan, and that nameless teacher who believed in me, and what that experience did for me. You know, many people who fight for the incarcerated have never themselves been incarcerated. These are some of the most well equipped, valuable, and necessary people in the lives of incarcerated men striving for change. I look at it like this: if I’ve never been incarcerated, I probably cannot school an incarcerated man on how to be a prisoner. Maybe, I can show him much more, how to live FREE. That’s how I look at it. Much love and much respect to people like Diane Kahn who are using their brilliance to help those often forgotten about. Giving their time to help even the small organizations like Stars Behind Bars, that are also often forgotten about as we serve these men.

As I looked around the office of Humans of San Quentin in San Rafael, California, many things stood out to me. I’ll speak on one in particular: the refrigerator is covered in photographs, headshots of many incarcerated men and women the organization has partnered with and sponsored. Raheem Ballard’s photo is up there. I was touched by this because I know firsthand how impactful the work is that this organization does. The photos only represent a small portion of who they’ve been able to serve. Once I was inside San Quentin State Prison, I learned very quickly just how grateful the men there are for Diane Kahn and Jesse Vasquez. I believe with all my heart in Diane and Humans of San Quentin. They are helping transform programs here in North Carolina and even around the world. I would like to thank Diane Kahn personally for her willingness to help organizations like Stars Behind Bars. I would also like to thank Diane Kahn for every individual that she has helped to obtain a high school diploma.