“Again and Again,” “What Goes Through This Mind,” “Stop The Violence,” and “The Night Before” by Jeffery 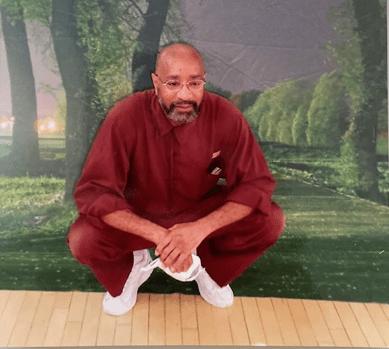 How many times have I been here?
Again and again…
In the same space leaving a trace
Of an identity after these many years…
23
Still learning to identify with this
But miss the meaning of what it means
To be free inside this place I’ve gotten myself in…
Again and again.
My Children, two.
One I don’t know and fainted on the hospital floor
As her head entered the world I would abandon her in…
Three months later.
Again and again.
Where the same routine of…
Count time, meal time, Pass movement…
Take it in!
Yard terminated, Day-room terminated
You’re still alive waiting
For the Day I will be terminated
While still trying to live
A life worthy of life itself…
Where those who know me can say
Something nice…that maybe I’ve brought something of value to this world
We live in…
Trying to change it for the better
That the life lost was not for naught…
Even as it was a heinous act of execution.
Leaving another’s child without…
As I left mine without.
What about this makes sense?
None of it…
How much time do I deserve?
All of it…
How much more can I do?
Some of it.
In the end…
I wish for None of it…
Again and again.

What Goes Through This Mind

What goes through this mind that in time I must resign to be what I was not taught to be by a man I thought would be free for his family within a society that waited for me to be everything he was not to be?
And as I wish to see the ability within me there is a loss at the cost of becoming more of what I’m not free to see for fear of repeating a past that I was not part of but started in when too young to know anything other than what was because it was what I could see.
How much time must pass before at last my life does grasp a reality I can be free to be me in and not fear repeating the mistakes of the father I’ve not nor will ever grieve in?
And yet here I am.
Outside of the lives of those who love me while I reside inside this vast crevice of pain and
uncertainty of who you may say I should be.
Don’t be angry at me for the father. I did not know all of him yet wanted to grow up to be tall like him because he was that man who’d be beaming at the successes, removing all of the crutches and teaching his son what it takes to be a man that can stand the test of time in life itself.
What a wealth of dreams and ideas in my youthful mind that in time became empty conclusions, distorted illusions and as I got older and bolder and became a soldier to get away from those pains that remain of all I have tried to be in spite of or because of this emptiness inside of me.
What goes through this mind as I wonder what in me others may see while trying to determine how to be the man I desperately want to be, proudly be, for the mother and grandmother that raised me to be the man my father was not to me.
Outside of the lives of those who love me while still I reside inside this vast crevice of pain and uncertainty of what I should be, whereas, I am doing the best I can as the man I am and sometimes…

That has to be enough.

Remember the ways in the old days where a child could sit on the stoop with a clear sandwich bag filled with chips and a cold cut sandwich on the side, neatly packed on an off store brand paper towel? No worries now.

With smiles in the eyes as wide as every child’s heart.

A sister or daughter of another mother drawing in chalk along the sidewalk bringing color to her dreams of being as the streets are happening while other children play tag or hide and seek behind trees on their concrete playground with resounding screams and shrills of laughter.

Those better days when a mother was not afraid a stray bullet might fly through the air to tear into the innocent flesh of her promise for a family’s tomorrow through the pains of the yesterday’s we as a race have faced from the earliest of times.

Sadly we live in times somehow defined by the killing of our own kind. Gathering only when the police strike in combat gear from fear of who they think we are. Discarding decency or respect because of what we show them we are by not caring about who we are forgetting the strength of our ancestors that got us this far.

Our children are dying, communities dividing out of fear of not being safe in one’s own home, let alone going out to shop or up the block. When will the violence stop?

Accepting this as normal behavior while the graver builds pint-size coffins for our children who have not had a chance to live, their new ideas to give or believe in the promise adults keep telling them they can live.

When will we stand for more than this what is knowing the ancestors had no choice but died in a fight with a might we somewhere can’t get right or have lost because it costs too much to care for another brother or sister, mother or daughter?

What happened to the precious moments when young adults could walk through the park, not affraid of the dark, listening to heart strong tunes, amused by the breeze that captures the scent of emotion one for the other?

When will we get tired of the breaking news stories we watch while our communities crumble from corner drug-boy warfare? So many futures that are no longer there, young men who just don’t care, where nobody is afraid to do time catches up with you. Asking momma, ‘now what to do’? Where is dad? Who is left to care for us, to protect the rest of us and not wonder why more prisons are being built by schools are closing down around the poorest of neighborhoods?

Gunshots ring through, cop cars wailing blue. Baby’s crying of young mothers who think being grown ain’t what I’m used to… who still try to find some meaning behind it all but the cycle continues.

Does anyone miss the days when the neighbor’s would come together to raise each other up beyond the hardships of life? When men would honor the wife and children grew with respect for the elders and each other because life meant a hope for a brighter tomorrow…if we would

Now the elderly are disrespected, their pains ingrained by years of a struggle we can only imagine by the images depicted on the television screen some writer wrote but never truly lived which gives only his story through. What to do when our youth are not taught true reward of hard work and devotion to something other than one’s self in this wealth of mystery called Black History?

I doing life in prison for the murder committed and an innocent woman lost her life. I am sorry I will never repay the price so I live my life for her and the hurt I have caused to the world changed by my selfish act.

Twas the night before Christmas and all throughout the prison not a creature was stirring; just paying the price for decades of old decisions.

The stockings were hung on makeshift clotheslines, for those who’d dare, in hopes they’d dry in the nighttime circulated artificial air.

The inmates were all nestled, all locked in their beds, while visions of freedom did dance in their heads.

Each in their brown t-shirts and state issued briefs, while I on the other hand unable to sleep.

When out on the tier there arose a clatter, I leaped from my bunk to see what was the matter.

While most still asleep throughout the compound, just another day for many here living in browns.

On correction’s officers, the occasional sergeant, making sure the inmates are secure in their keep.

Pepper spray and handcuffs on the ready abound, in plain sight while the officer’s do their rounds.

Along the top tier now, some changing their pace, their eyes would wander as the count they did take.

The count lights came on, signaling the day, excited in his love, to the Lord I do pray.

Standing to our feet, most without a cheer, hoping others would be free no matter being in here.

I exclaimed in joy as the guards changed their shift, Merry Christmas to all…we’ve been given a gift.