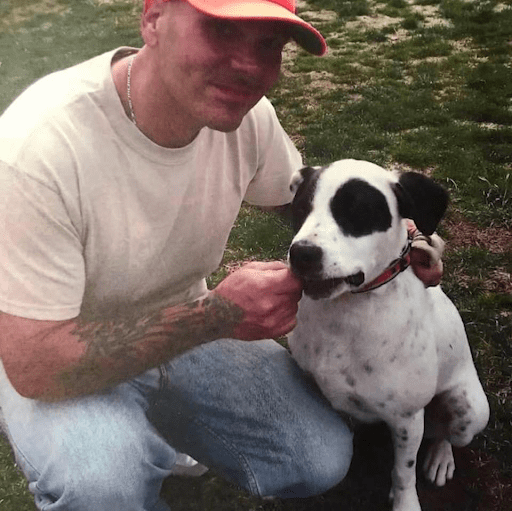 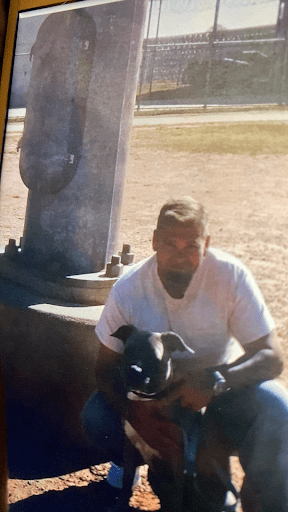 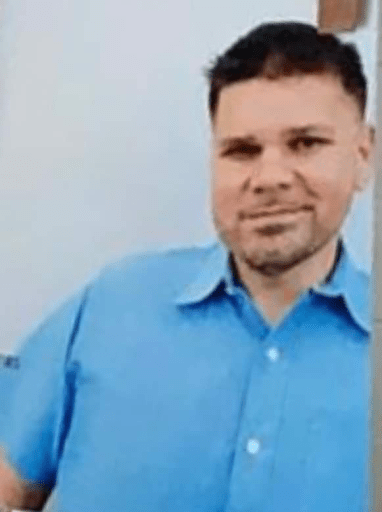 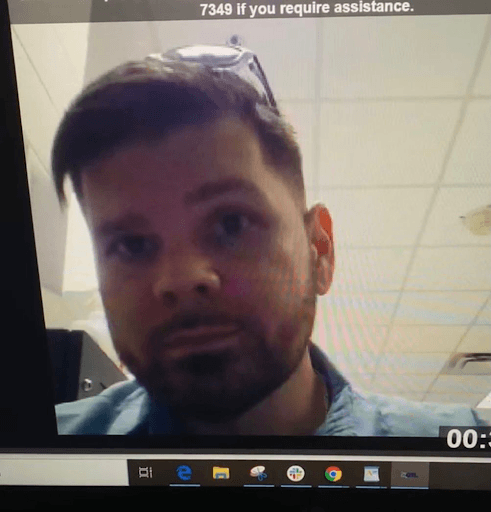 Laughter helps me remember the warmth of the sun when the chill of loneliness becomes almost too much to bear.

For the first twenty years in here, the only time I ever had the opportunity to encounter a dog was when I was being corralled or threatened by one of the canines to intimidate us. It broke my heart, being a dog lover my whole life, to see dogs barking and snarling at me daily simply because I wore denim. I jumped at the opportunity to get involved with the Barks program. I requested to be transferred to a facility where they had this dog fostering program, thinking it would be fun to just be around dogs again. And it was, but it also turned out to be challenging, frustrating, and even sad sometimes. We were tasked with readying the dogs for adoption by teaching them basic obedience and socializing them, (pretty ironic, considering) as well as nursing them back to health when needed, and to keep them entertained.

All of the dogs came from shelters and a great many of them showed obvious signs of abuse, but sometimes the scars that mattered most weren’t the visible ones. Shelters are full of big dogs that are “aggressive”, because it’s hard to adopt a dog that seems to want to bite off your face. Indeed, most of the Barks handlers even prayed they wouldn’t get one when it was time to get new ones. The handlers who seemed to do well with the angry ones often talked and acted aggressively in turn in an effort to establish dominance over these dogs. I was in the program about a year and had been lucky with even tempered dogs until a shakeup in handlers required that I turn mine over to a less experienced handler and take a beautiful Pit/Boxer mix named Satin. Now I say beautiful, but I’d never been within ten feet of her because she hated the world. Her handler was labeled as being the go to guy with aggressive dogs but he couldn’t seem to do a thing with her. During that first week she bit me twice and attempted at least a dozen other times while her previous handler and those who had been there longer than me continuously suggested I find a way to show her who was boss. One afternoon I looked up from where I was sitting on the bed and observed her gnawing on an extension cord, and picturing electrocution, I snatched it from her. I realized my mistake before I even pulled my hand back because she barked viciously and jumped. I realized my mistake before I even pulled my hand back. My back was against the wall and her paws were on my legs as she bared her teeth and growled with intensity, inches from my face. I don’t think I’ve ever been more frightened in my life. Not knowing what to do, I apologized in the sweetest voice, “I’m sorry, sweetie, it’s okay, I’m so sorry! I didn’t mean to scare you, it’s okay!” Amazingly, she dropped to the floor and ran in her crate. Relieved, I left her alone for a while and spent the rest of the day talking to her softly. Before I fell asleep that night I noticed that even though she didn’t come out, her little nub of a tail was wagging where it stuck out of the crate. I talked to her all day for days. I didn’t try and make her do anything or get her to come out, I just talked. On the third day, she woke me up by putting her muzzle on the bunk near my face. When I didn’t react, she slowly put one paw next to her head, then two. It took her five minutes but she eventually found the courage to climb up in my bed. I realized as we lay there that it was just that, courage. She wasn’t aggressive, she was terrified. She’d been abused by people with loud voices and heavy hands, corrected by people who wanted her to respond to fear, so she did. I empathize with her so much in that moment, she reminded me of many people I’ve met here, including myself. I’ve never loved another dog more. By the time she left, she was a different dog. She still got scared sometimes and would lean against my leg when she heard loud noises or saw sudden movements but allowed others to walk her and pet her without too much hassle. She also enjoyed (too much) the game of catch that spontaneously occurred sometimes when it was time to go inside. She was a good dog. When it was time for her to leave, she must’ve known because she whined when I had to say goodbye and walk away. And I’m not ashamed to admit that I cried and didn’t look back. I hope she’s okay and she’s happy and has somebody who loves her with a warm, safe place for her to sleep.