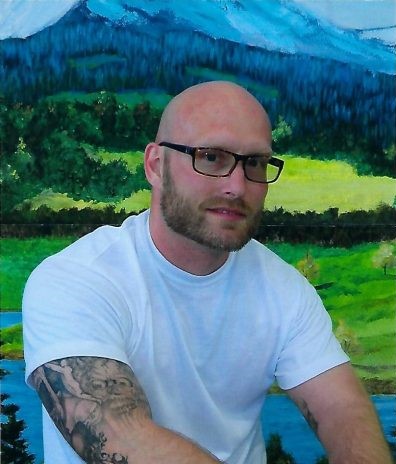 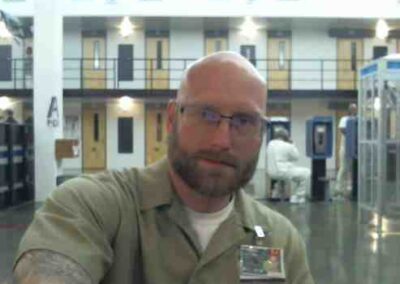 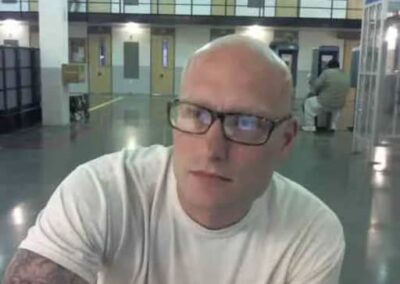 After years of soul searching, it became important to give back for all that I’ve taken. My universal balance was off kilter. The biggest way to give back to everybody I’ve adversely impacted is to remove myself as far as I can, from the little kid who came into the system. After decades of being despondent and without support or camaraderie, my personal mission statement was created: ‘To add value to the lives of all prisoners.’

I discovered that the world isn’t going to change based upon my expectations for it: rather, I had to change in order to adapt to it. Unfortunately, my world consists of a Washington State Correctional Facility, and the people in my immediate vicinity are angry men, killers, robbers, rapists and drug dealers. I learned early on in my prison sentence that the various social groups in the joint are the fastest way to implement yourself with prison administration. So I distance myself from group influence to avoid the pitfalls of the proverbial group norm mentality. After years of soul searching, it became important to give back for all that I’ve taken. My universal balance was off kilter. The biggest way to give back to everybody I’ve adversely impacted is to remove myself as far as I can, from the little kid who came into the system. After decades of being despondent and without support or camaraderie, my personal mission statement was created: ‘To add value to the lives of all prisoners.’After 20 years of studying the law and changing Washington laws for people inside, I started a nonprofit called, Inmate Artwork. We have a website dedicated to giving incarcerated artists a free-use platform where their artistic voices can be heard. We sell their art in order to help pay off their court ordered legal financial obligations. Next, after I paid an arm-and-a-leg for prison pen pal services, we started an affordable prison pen pal website with an easy-to-navigate platform. Successfully we had over 600-prisoners across America listed after the first three months. I lean forward in my efforts to become the best version of myself, current milieu notwithstanding. Not every person in prison should be written off as a lost cause. We are often associated with being negative and bad. Yet, there are some who accept that they’ve made mistakes and diligently work on themselves to change during their imprisonment. I fancy myself as one of these prisoners. 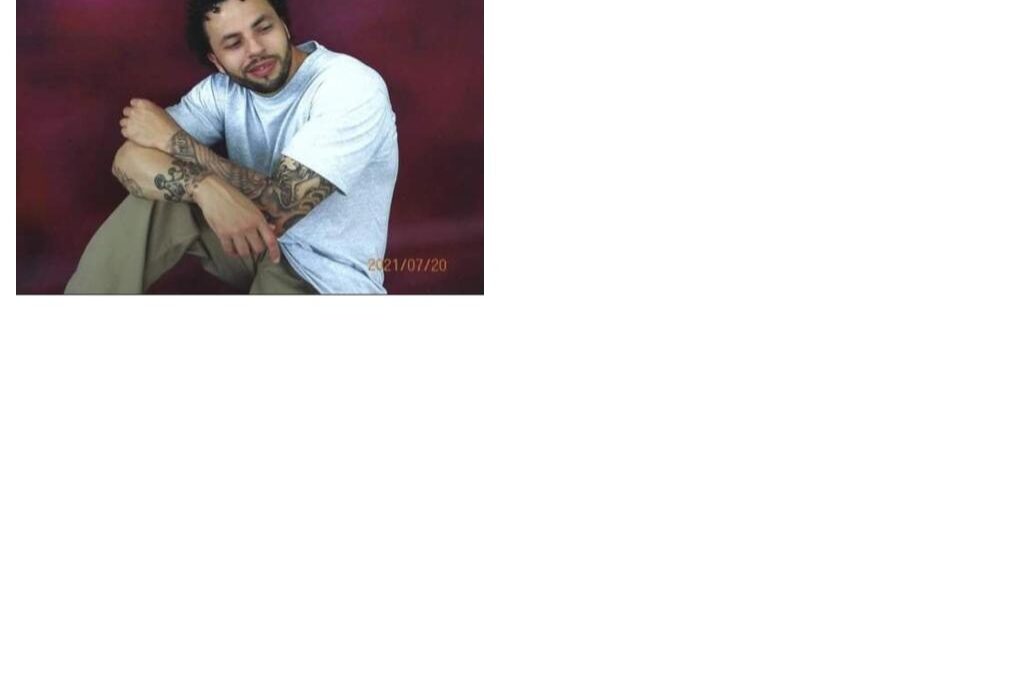 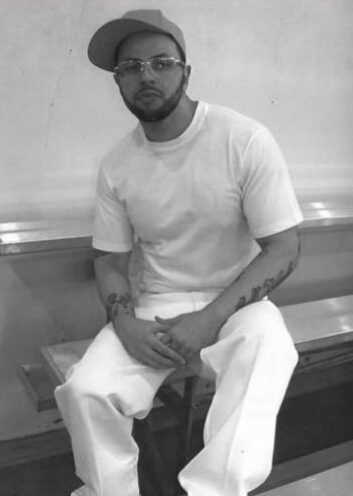 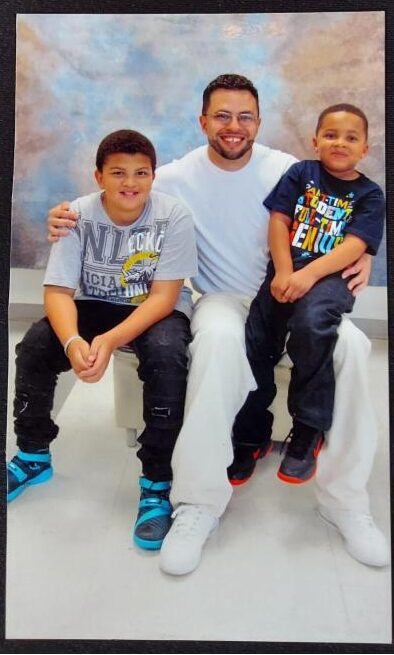 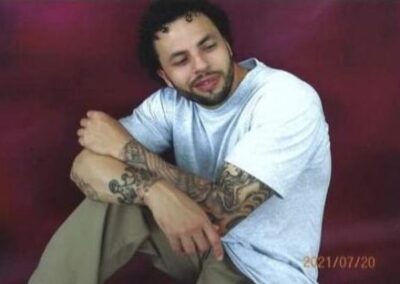 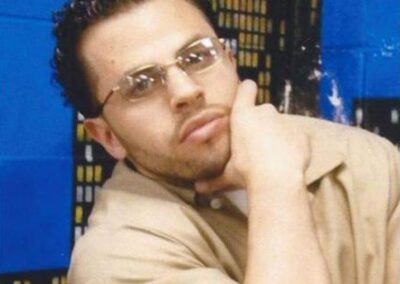 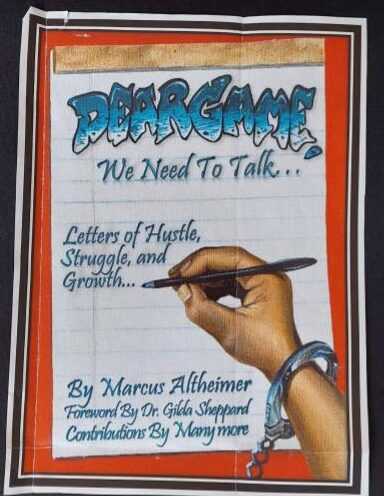 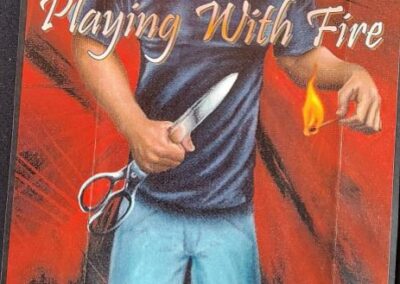 …The ‘Game’ gave me a rare opportunity to proverbially speak to my younger self, it pains me to admit that I failed to reach him.

Andre was not as fortunate as I was to survive his mistakes. Shortly after his release, he was killed by just one bullet. My experience and hardships were not enough to dissuade Andre from returning to the ‘Game’, making the same mistakes. Into my hands, the ‘Game’ had placed the opportunity of preventing my younger brother from making the same mistakes…it pains me to admit that I let the chance slip between my fingers….

Although I tried there is no way that I said or did enough, otherwise, Andre may very well still be here today. I should have said or done more, now it’s my passion to do and say more. The ‘Game’ gave me a rare opportunity to proverbially speak to my younger self…it pains me to admit that I failed to reach him. I re-entered prison for the second time in 2005 when I was 21 years old.

Ten years later my younger brother Andre followed in my footsteps, joining me behind bars. I quickly recognized that his present outlook on life and future plans upon his release sounded exactly as mine did prior to my last release. Those who know me know where that type of thinking led me – five bullets to the body and a 26 year sentence.

Aside from my own personal consequences, my choices also caused unjust suffering to many others, including my son, who has been forced to grow up without a present father. My brother Andre and I are only two examples of the consequences that come with a life in the ‘Game’.

There are millions of other young Marcus and Andres out there facing the same choices we once faced. Please help me reach them before they make the same mistakes we once did. 📸 Marcus’ 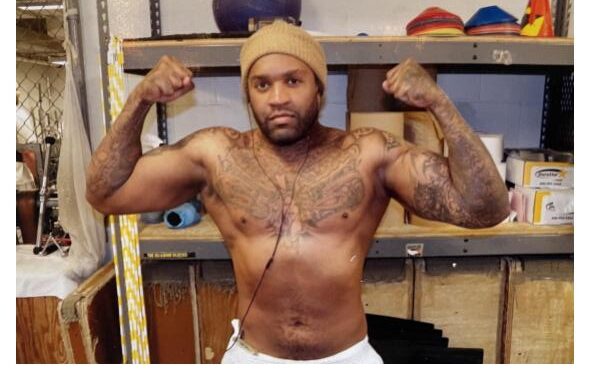 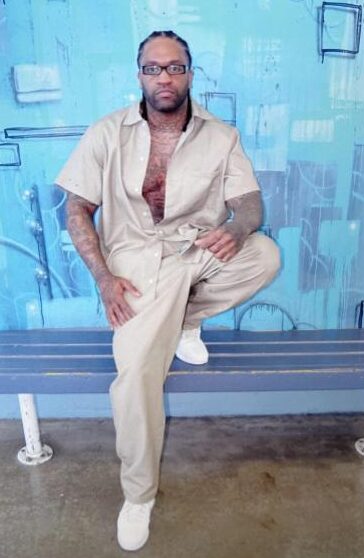 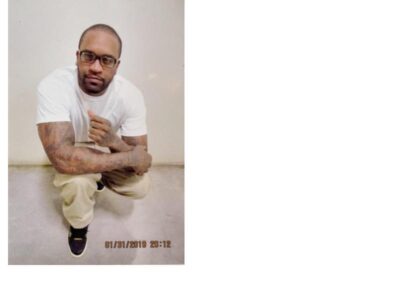 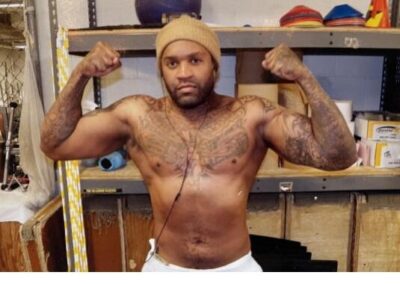 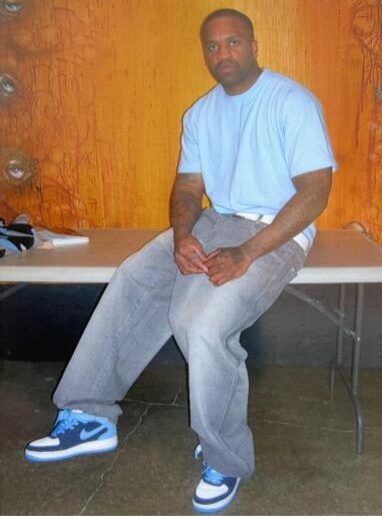 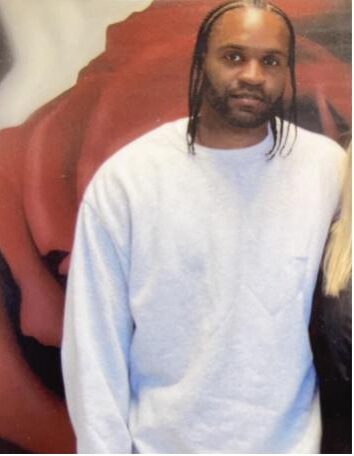 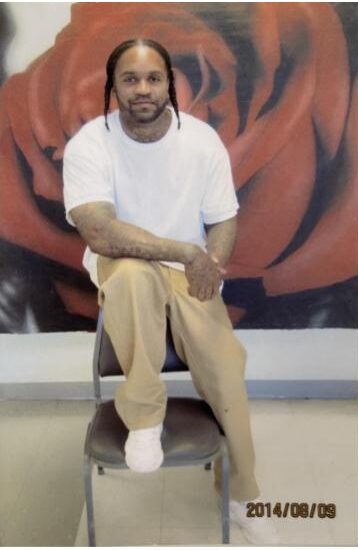 …Twenty one years in prison has been extremely challenging and difficult. I’ve still been able to achieve a clear and much needed defined view of who I am and what my true purpose in life really is.

The best teacher for me has always been experience. I can remember when I was a young boy, I always had to learn things from experience. I guess you could say that I was one of those kids who had to actually touch the fire in order to understand the definition of the word ‘hot’.

Now thinking back on a very unfortunate event that took place over 21 years ago, I’m finally able to forgive myself. I can fully understand the magnitude of my previous state of ignorance. It caused me to be an instrument of hurt and destruction to so many, including myself. As much as I dislike the mere thought of having spent the past 21 years in prison, I can honestly say now, those years haven’t at all been wasted.

They have been extremely challenging and difficult throughout. I’ve been able to achieve a clear and much needed defined view of who I am and my true purpose in life. I understand that none of us are born into a perfect world, but for those of us that were born into and raised in what appeared to be darkness without any signs of guidance or light, we can experience, learn, grow and change for the better. That’s exactly what I’ve done.

Regardless, I’m staying committed to being a better person and I’m inspired by those who succeed. Besides, I’ve been down so long that I have no choice but to come up.

I’ve had plenty of time to reflect on myself and my circumstances, and now with my sentence getting shorter and loneliness kicking in, I’ve been on a personal quest lately to find my love after lockup, while watching 90 day fiancé on TLC every Sunday and Monday faithfully. While manifesting that special woman I desire in my life to fill this empty void. I’ve resorted to posting ads on a few pen pal sites and to my surprise, I’ve actually connected with some interesting people from all over the world. It’s always refreshing to bridge the gap and bring two worlds together. Unfortunately, I’ve yet to find that special someone.

Imagine it’s late at night, approaching the midnight hours and you’re bored laying in bed watching television, but nothing seems to be worth watching…just when you start to doze off you’re awoken by the sounds of sad music and on the television screen are depictions of dogs and cats. The ASPCA person starts speaking, “for the low amount of only $19.00 a month, that’s less than .63 cents a day…YOU can help one of these abandoned and abused animals that have been left behind cold and starving. Sometimes I feel like a Pound Puppy, trapped in the Humane Society, often viewed and people say things like, “you’re so cute”. However, for whatever reason these same people never actually make the commitment.

Regardless, I’m staying committed to being a better person and I’m inspired by those who succeed. Besides, I’ve been down so long that I have no choice but to come up. 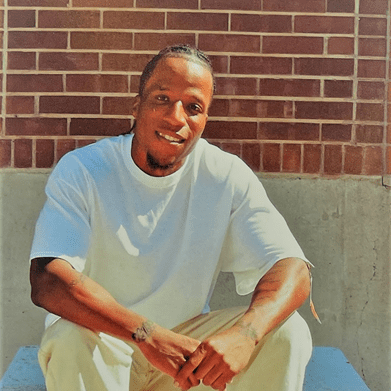 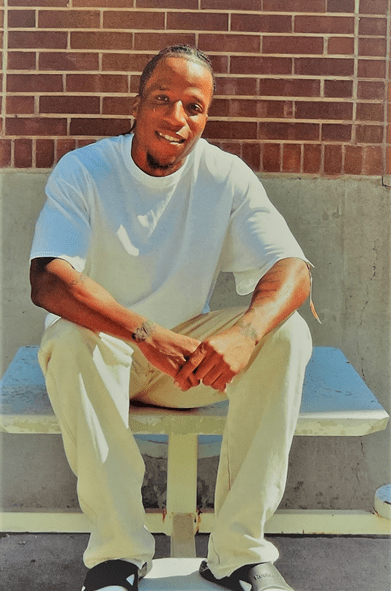 If I am a resilient person, I will bounce back after a failure or defeat, and quickly rejuvenate my spirits.

The Beauty of Resilience

I have become familiar with the concept that failure is inevitable. By doing so, I gained a better insight of my optimistic nature. When I played little league and my team lost in the championships, we focused on our weaknesses and by understanding that everyone had them, we came back the next year and won the championship!

Our determination to analyze every aspect of the loss gave us the ability to conclude that without failure, we wouldn’t have understood what it took to figure out how resilience played a major role in becoming true champions. This became the rubric in my early years that I implemented to help build my knowledge of self, and the resilience I possessed. By looking for opportunities of self-discovery, I found that my strength was developed that I couldn’t attribute to any other characteristic than resilience. By regarding myself in a positive way, I know that I was pleased with myself. With resilience though, I must remain optimistic in order to validate my self-value. If I judge myself too severely, then I leave little room for growth and create a blind spot that inhibits me from learning how resilient I am. The paradigm through which I view myself isn’t what dictates my resilience.

If I am a resilient person, I will bounce back after a failure or defeat, and quickly rejuvenate my spirits. Two things that I cannot change are the way that I was designed and the type of failure that comes from any situation. The only thing that I can change is how I react to it. Striving for perfection isn’t the goal here; instead, I focus on the strength that I lack. Resilience for me is the strength I gain after suffering from defeat.

By gaining strength, I am better prepared to succeed when it comes to situations I find challenging. My growth should be measured by the things I achieve after a downfall, not by the pain that I suffered during the downfall. With my newfound resilience I have learned to be a stronger me after the toughest of times, I can and will utilize this strength in any scenario and that is the beauty of resilience.