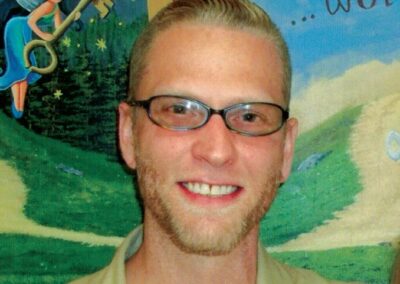 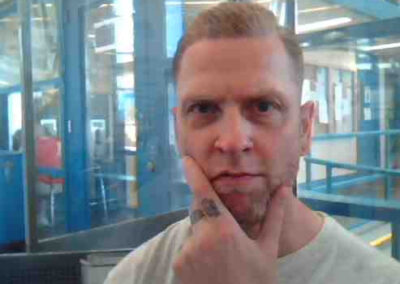 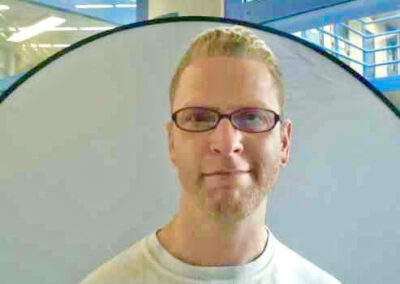 I want to change the culture in prisons, but it’s going to take an effort from the rest of the world as well. I want society to someday paint a different picture of prisons and prisoners.

It’s refreshing to know that many people who come to prison, for whatever reasons, often uncover the lies we’ve told ourselves in order to live with the truth of our pasts. For me, this is what caused my life to become a path of justice. as a lifestyle. I’ve heard people say over the years, “I’ve served my time and now my debt is paid,” but the truth is that no amount of time can constitute payment for some of the things I’ve done. In fact, from my study of mathematics, I see this as being similar to an infinite limit, where although we continue paying towards the justice of our past.. although our debt to the world may become smaller and smaller, there is no point in our lives where we can say, “The debt is finally paid, it’s time to kick up my feet!” I think we should live in a way that contributes positive value into the world, a byproduct of a better way to live! My way of life is wrapped around the world of mathematics where I live my justice in the pursuit of beauty. I’m more free doing this, than I ever was while lost in addiction. I want to change the culture in prisons, but it’s going to take an effort from the rest of the world as well. I want society to someday paint a different picture of prisons and prisoners. I  want prisoners to realize that it’s our job to serve the Justice for our crimes.. not our department of corrections number. We need to be responsible and accountable to allow for enough forgiveness – for ourselves – so that we can heal in a way where we can fix those flaws that led us here. That’s our responsibility, it’s a necessary part of actual Justice. I know that this is an uncommon story of “me” in prison, but this is more “me”than any life story I can sum up in a few paragraphs. I see organizations like HUMANS, the Prison Mathematics Project and the Prison Journalism Project as doing their part to change the culture of prisons through altering the lense for which the outside world sees prisoners for what they actually are… humans.