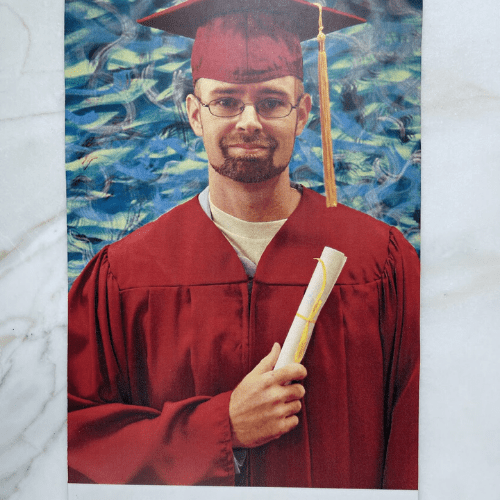 My confidence soared and my networking began. With my parole hearing on the horizon, I’m quite eager to see their faces out in the free world.

As soon as I stepped off the bus, I began questioning my decision to transfer to San Quentin. I noted very quickly that I was feeling apprehensive. I really feel unworthy. I attribute it to my low self-esteem, self-worth, self-value, or whatever other self-attributes you like. It was both new and different. I am usually pretty confident and sure of myself.

Looking back, I see it was because I had solid support at my last prison. Here though, I didn’t know anyone. I had been living in a cell by myself for the last seven years. Now I had a cellie in a 4’ x10’ cage.

I expected it, but there is a stark difference between thinking about it and reality. The knowledge of starting over, which at first seemed a reprieve, now felt daunting. It’s definitely something I needed to get a handle on if I was going to transition out of prison.

I hadn’t seen anyone I recognized for the first few days and it made me feel more uneasy than I thought. Then I met Joe, he helped me volunteer in the library and told me about a coding group where I started to make friends.

I had been in SQ a month but I still only saw what I was missing, until I met Eddie. He asked me to be one of his peacekeepers for Day Of Peace. I readily agreed as I needed something to preoccupy myself. The Day of Peace was really something.

Being my first time at this event, I was told to ‘see the sights’ by the guys I was standing sentry with. I allowed myself to be a glutton for signing up for groups. I came to a table with a familiar PEP in the name. Having participated in other Peer Education Programs, I found out the ‘A’ in APEP was for Academic. Here I met James, Tim, Pitt, Duane, Tommy, Connie, Amanda and Eugenia, who would become my fellow teachers.

When asked if I had my GED, I mentioned I had a college degree. James was seriously eager after I said I would like to assist. Little did I expect that within six months, I would be the ‘math guy’ for three outside volunteers and twenty students.