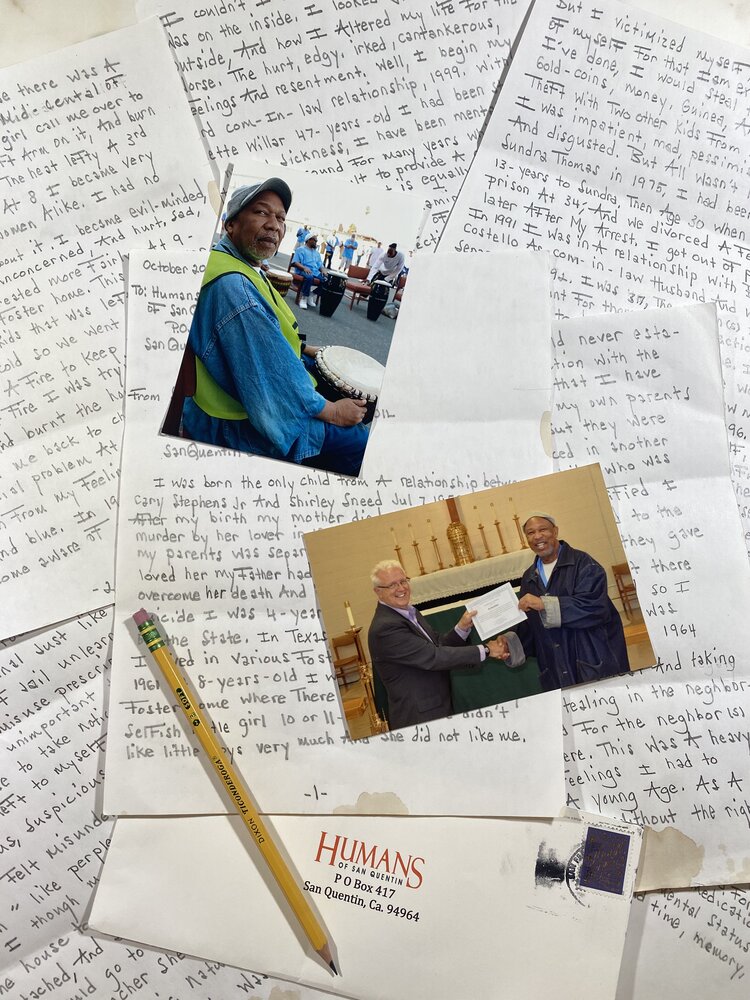 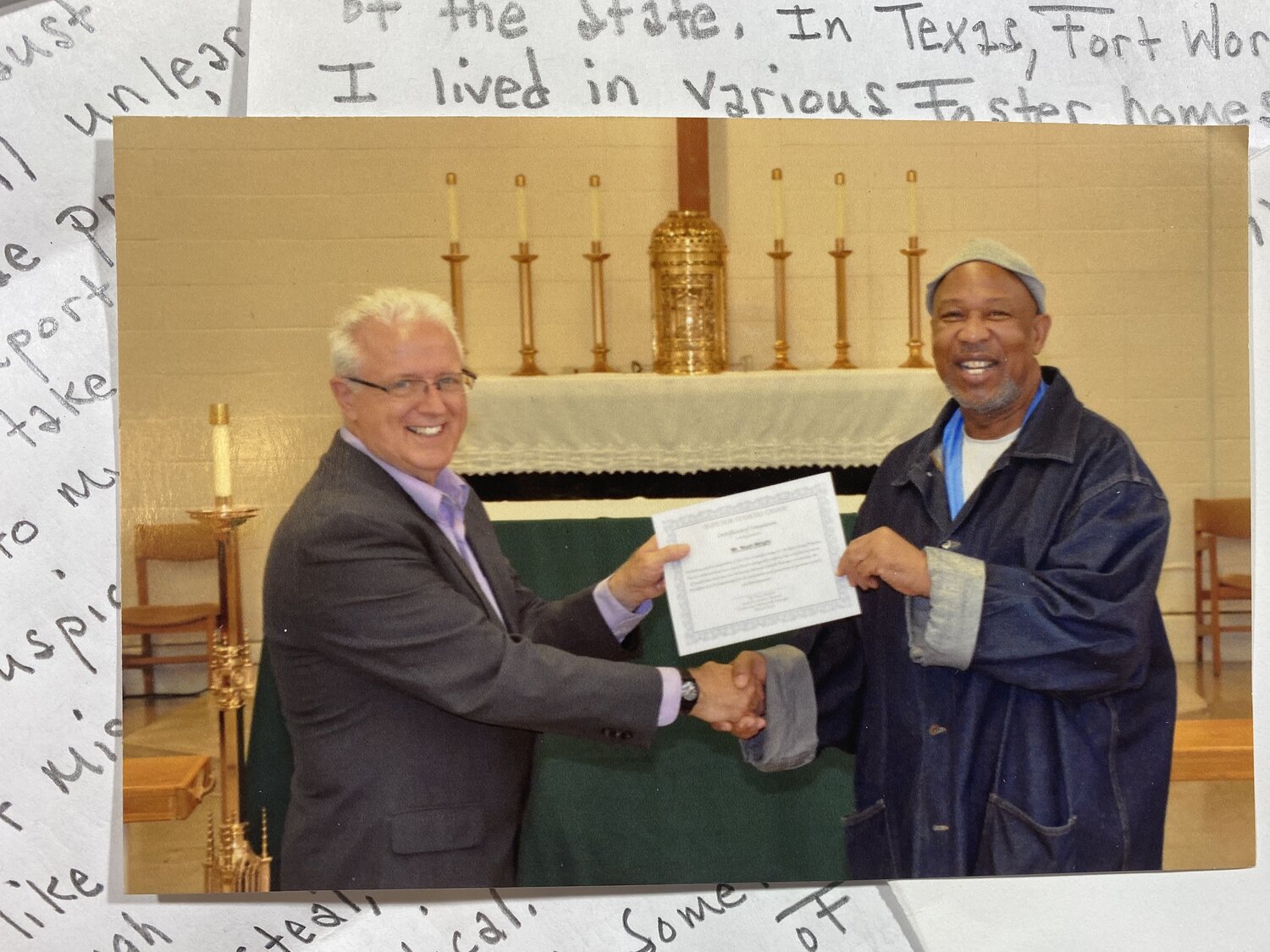 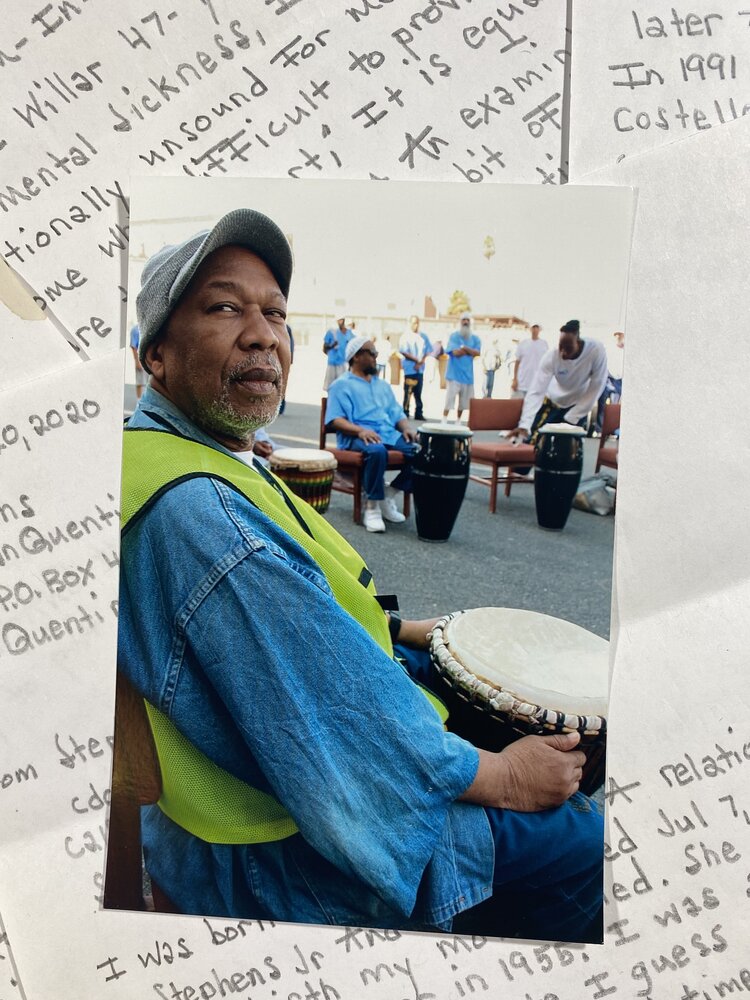 I came into the world one early Texas morning, in 1953 to Gary and Shirley. Shortly after my birth my mother died, murdered by her lover. My father had a hard time getting over her death, and in 1957 he committed suicide. I was four. With no brothers or sisters and no extended relatives to care for me, I became a ward of the state.

Many of the foster families I lived with took me in for the monthly social security payment of $200; it was hard times for colored people back then in the Jim Crow South. In foster care I found little emotional warmth; I didn’t have new clothes or enough to eat, and I was a victim of verbal and physical abuse by other foster children and by caretakers. I was beaten repeatedly with no clothes on. I felt lonely, neglected, isolated, unwanted, and very angry. I ran away, but after a few days I would always be caught by city police.

In 1961, at eight years old, I was placed in a foster home with a mean, selfish little girl of ten or eleven. She didn’t like little boys very much; she certainly didn’t like me. There was a wood-burning stove in the middle of the house, and one day she called me over and placed my left arm on it. The heat left a third-degree burn. From then on I became very angry at girls and women alike. I became evil-minded and withdrawn, but also troubled and hurt and sad, wishing I’d been treated more fairly. I went to the city jail that year for stealing food from the kitchen while the others were sleeping.

That next winter, at nine years old and in another foster home, two other kids and I, alone in the house, made a fire in the closet to keep warm. The clothing caught fire; I tried to put it out but the house burned down. That family sent me back to child services. I was alienated, distant and unhappy and blue—I didn’t know how to recognize my feelings, much less express them. I couldn’t establish an emotional connection with my foster families, folks I would have liked to have as my own parents. The ones who had begotten me were dead!

At ten, in another foster home, I met kids who were just like me: scared, afraid, terrified. Seeing the things they did without thinking made me feel like there was nothing wrong with me, so I took to them like glue to paper. I began stealing things without any regard for the rights or permission of others. I stole televisions, radios, gold coins—all kinds of petty theft with two other kids from the neighborhood. I felt it wasn’t right, but I did it anyway.

Still unable to communicate my emotions, I was taken into legal custody for stealing. I was eleven. After a few months in jail, surrounded by a multitude of young criminals like me, I walked out without having learned anything. I felt unimportant; I wanted to be left to myself. I felt insecure, suspicious, and jittery. I felt misunderstood. I would go to school sometimes, but it didn’t do much for me. I have a specific memory from elementary school. My kindergarten teacher had made fun of me; The same these followed me into high school. I felt put down, rejected, unappreciated, unwanted. I didn’t look like the other kids. I was bitter and violent, irrational and unemotional.

At 13, I began stealing cars. I also began using alcohol, marijuana, prescription drugs, and PCP. By 15, I was carrying a gun. I had to fight throughout my childhood to protect myself. So much trauma had built up over the years, and that lifestyle was a vehicle to escape my unresolved issues.

California was going to be my answer, at 19 I was looking for meaning and awareness and mostly  I wanted to feel alive. Shortly thereafter, I was convicted of theft and began using drugs again. I had a good run for 12 years, working off and on before I went to prison. I had a multitude of jobs from janitor to hospital aide to parking attendant to custodian and even a cook. In 1975, Sandra and I married for 13 years, until I went to prison at the age 34. Our marriage ended in divorced a few years after my arrest. After that I entered into three common-law stable marriages in a row.  But the voices inside me always found a way to come back, attacking me for every flaw and imperfection, like a pathological critic who made me feel wrong. Rather than being truthful about them, I hid them as best I could. If I admitted I was frightened, I thought, people would just pick me to pieces. I had a burning hatred inside for everyone and anyone. People told me they saw me as a monster.

I couldn’t imagine how messed up I was inside. As a kid I was diagnosed as schizophrenic with multiple personalities; I struggled with the “demons” in my mind for some time. I was in denial for years. The insanity went on for years too. I lost my way in life; I couldn’t see or fix what I had become. My addiction took me to a place of darkness, like jails and now prison. I couldn’t even cry for the pain and hurt and suffering I felt; the drugs controlled my life. Opiates, crack cocaine, marijuana, alcohol, PCP, prescription medicine, and more.

All addictions serve to block pain, offering a short-term feeling of control and well-being. Where has my control gotten me? I’ve been like a runaway freight train, destroying everything and everyone in my path. I once thought that addiction was easier to feel than fear, or hurt, or guilt, or emptiness. I never got to deal with those feelings themselves, never got to address the problems that generated my self-inflicted pain, misery, loneliness, and shame. Poor choices lead to a sense of worthlessness: in this life you reap what you plant.

After many years, I learned it was worthless blaming others for my pain. I made bad choices my entire life, and I let recklessness dominate my common sense. For all of that, I am extremely sorry!

Today, I’m glad to surrender my will and life, my innermost being, to God’s care. God is my only hope for restoration.

Today I’m in good health and ready to proceed with life. I take medication. I ignore the demons in my mind. I am someone who has learned to care about life once again, and I wait for the day I can be a productive citizen and give back to the community I harmed so much. I am positive that with daily medication I can have a normal life.