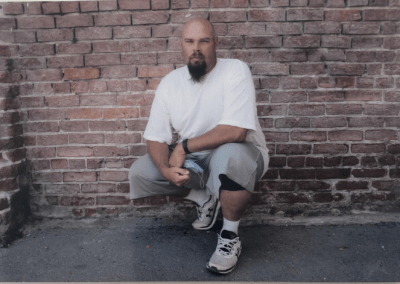 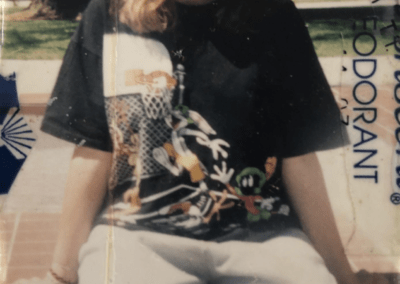 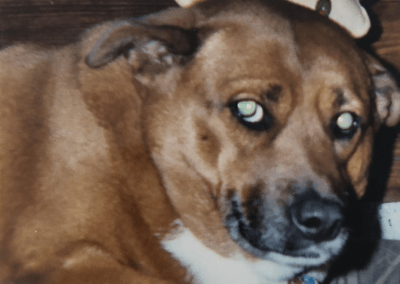 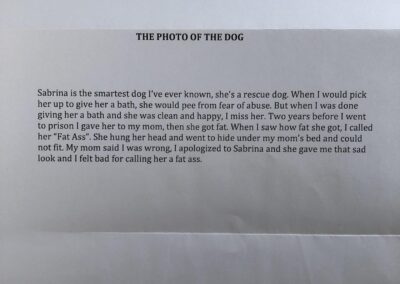 Today, I’m a peaceful person since coming to prison. I live by a code of ethics I’ve learned from Odinism and Islam: courage, truth, honor, fidelity, hospitality, industryness, self-reliance and perseverance.

Before I came to prison I was a gang member. I was known as Calavera. The only reason I was a part of the gang was because I was a joke to them. I found this information out after seven years of thinking I was one of them. I guess I was really naive. I used to skateboard with the West Side Santa Cruz Beach Street Drinking Crew, they knew me as Grillfinger. I got the nickname because of my teeth, after I flipped them off. Before Calavera or Grillfinger, I was known as Fishbone, I got that back in 1992 in juvenile hall. A fishing company used to donate fish to us. I got a fishbone stuck in my throat and went to the hospital to have it pulled out. I still go by all of my nicknames. They are still me. Today, I’m a peaceful person since coming to prison. I live by a code of ethics I’ve learned from Odinism and Islam: courage, truth, honor, fidelity, hospitality, industryness, self-reliance and perseverance. I was an Odinist for 13 years and a Gothi (spiritual leader).  I learned from my elder, Andrew Lee Granger, who’s been practicing Odinism for over 40 years. I’m a Muslim now. On the streets I used to be a Christian, I was part of Victory Outreach. My pastor was Victor Alverez Sr. He’s been to prison and was slung back. He was a good dude who tried to keep me out of trouble. I used to help out behind the scenes with the youth by getting donations from skate companies. I had a lot of friends before I came to prison, now all I have is my friend Maria, and my mom. While in prison I’ve learned to control my anger. I’ve even stopped fighting over stupid things. The only way I fight now, is if someone puts their hands on me. Besides that I’m a Big Old Bitch.