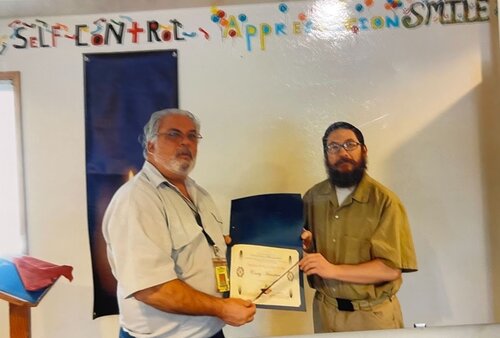 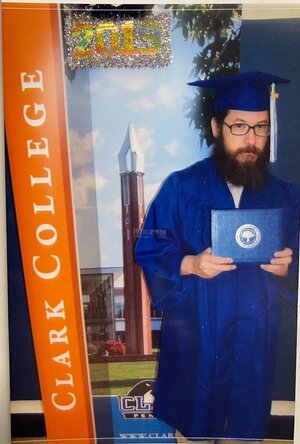 Coming home from Iraq to a broken home and child neglect, I was unprepared to hear “You can have the kids, I wanna take care of myself!

Dealing with PTSD, job loss and wondering how to raise four kids alone, I made mistakes.

I wasn’t taking care of my own stress and mental health, nor did I put the lives of my children first. Asking for help as a military man was difficult for me. The stigma of losing a job and family broke me. Intending to take my life, God instead, sent me to prison. Here in prison, God spoke to me. God taught me things. God showed his love for me.

Since I’ve been down, I’ve become an artist.  I’ve learned to sculpt wood, draw manga, write musical lyrics and write a novel. But most of all, I’ve learned to live life and not throw it away.

Since I’ve been down, I’ve become a “lawyer.” I’ve helped men get the medical care they’ve needed. I’ve exposed the illegal actions of staff. I’ve helped men quash warrants and reduce bail, in order to obtain work release. I’ve helped men earn freedom. But most of all I’ve helped men not take their freedom lightly, to not throw it away on drugs, money and crime.

Since I’ve been down, I’ve studied God. I earned a Masters of Divinity, and I’ve nearly completed two doctoral programs: Doctor of Theology and Doctor of Ministry. With God, I’ve been able to talk to men about the evils of drugs and a new path with God. I’ve been able to convince men not to commit suicide for another day, and wait on God to show the light from our own experiences. But most of all, I have a job when I die. Working for him.

As a Japanese American, hailing from Samurai lineage, I am no longer a lordless Samurai called a Ronin. Once the Samurai finds his Lord, loyalty is the highest ideal. As I am within 90 days of leaving prison, I shall draw upon the Samurai spirit of my people.

Before coming to prison, I was clay that had yet to be dug up and put into something useful. The clay, in an artist’s hands, can be something special. I have and am an artist. I hope you get one or become one too!