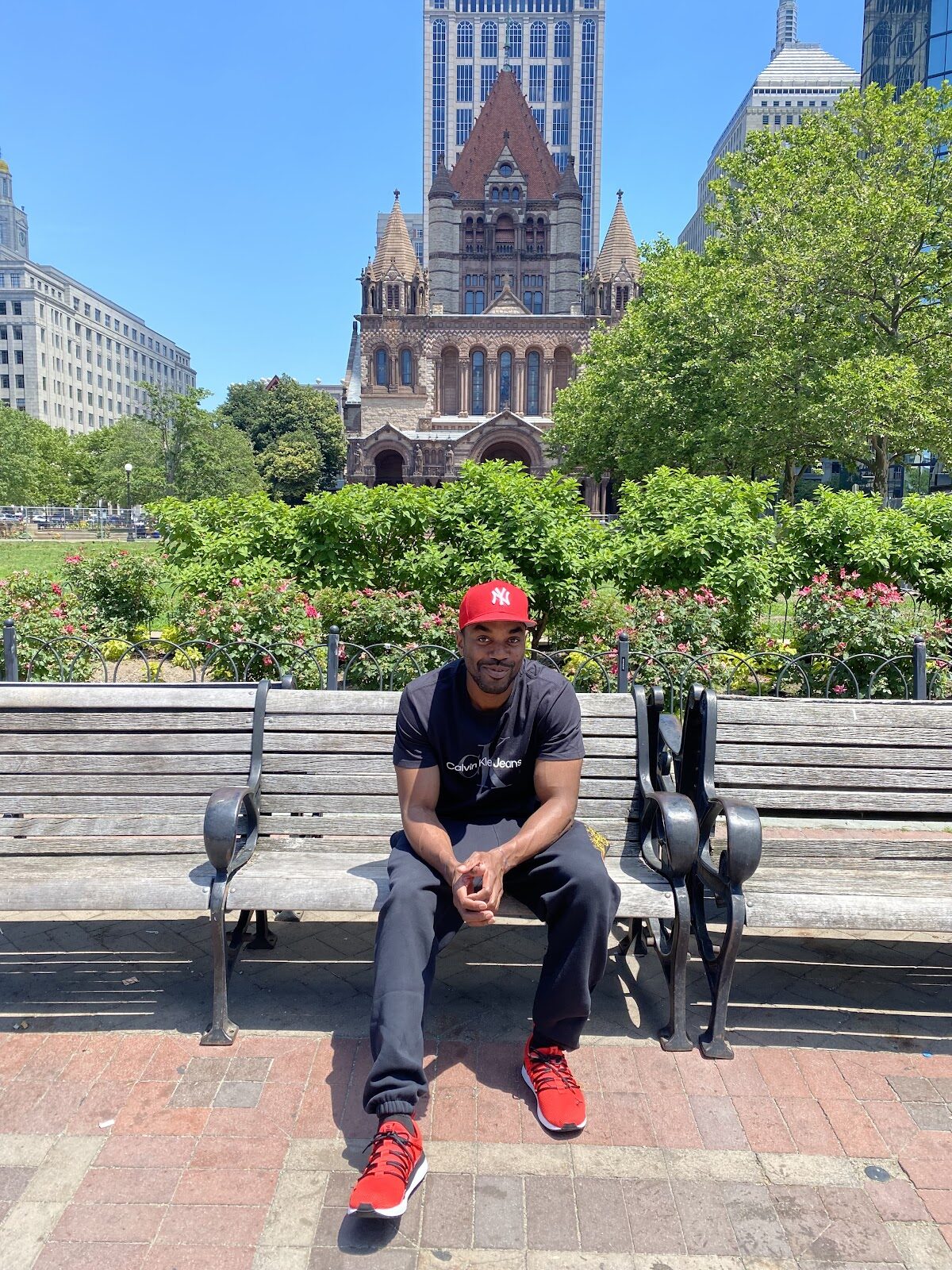 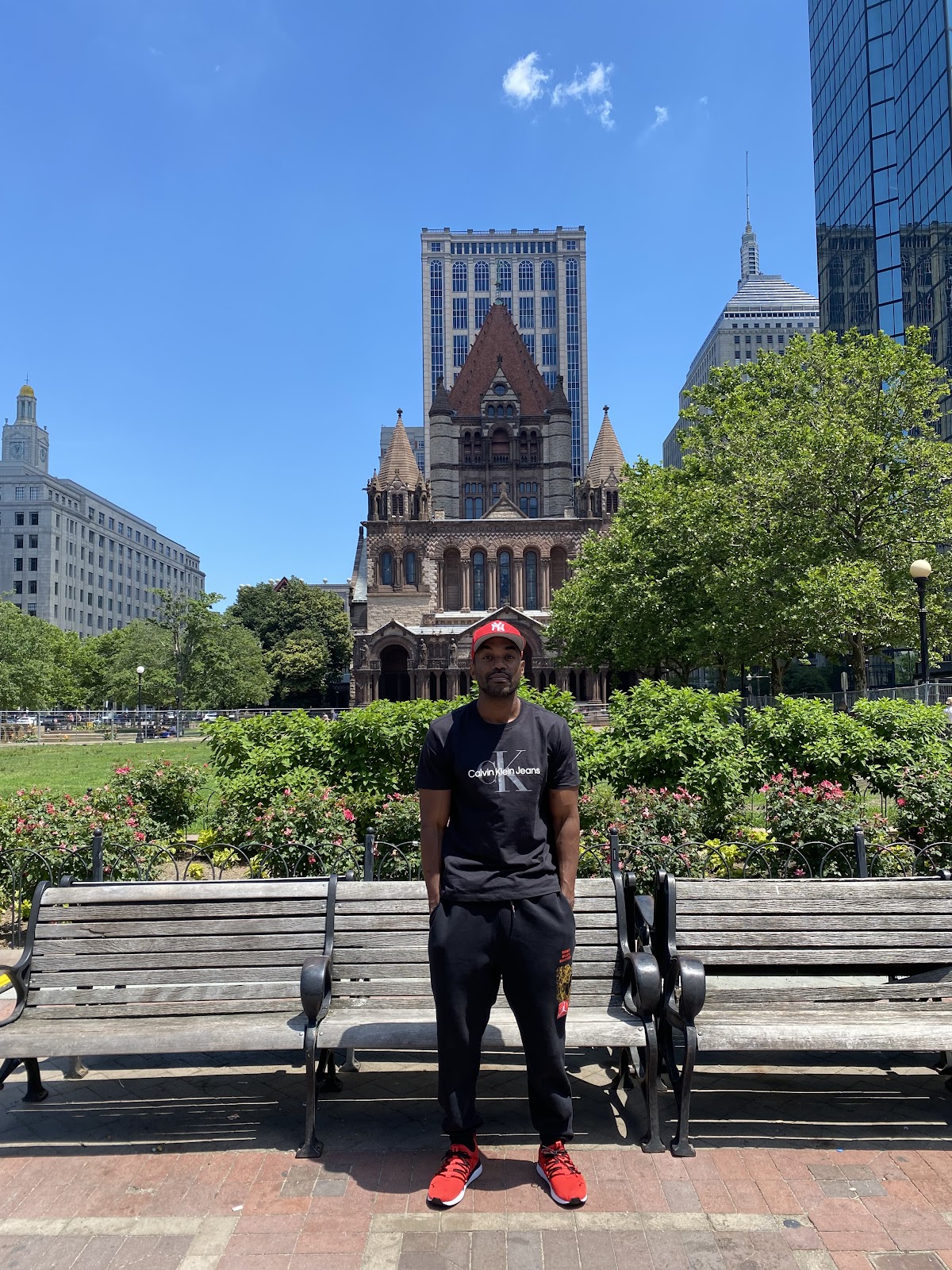 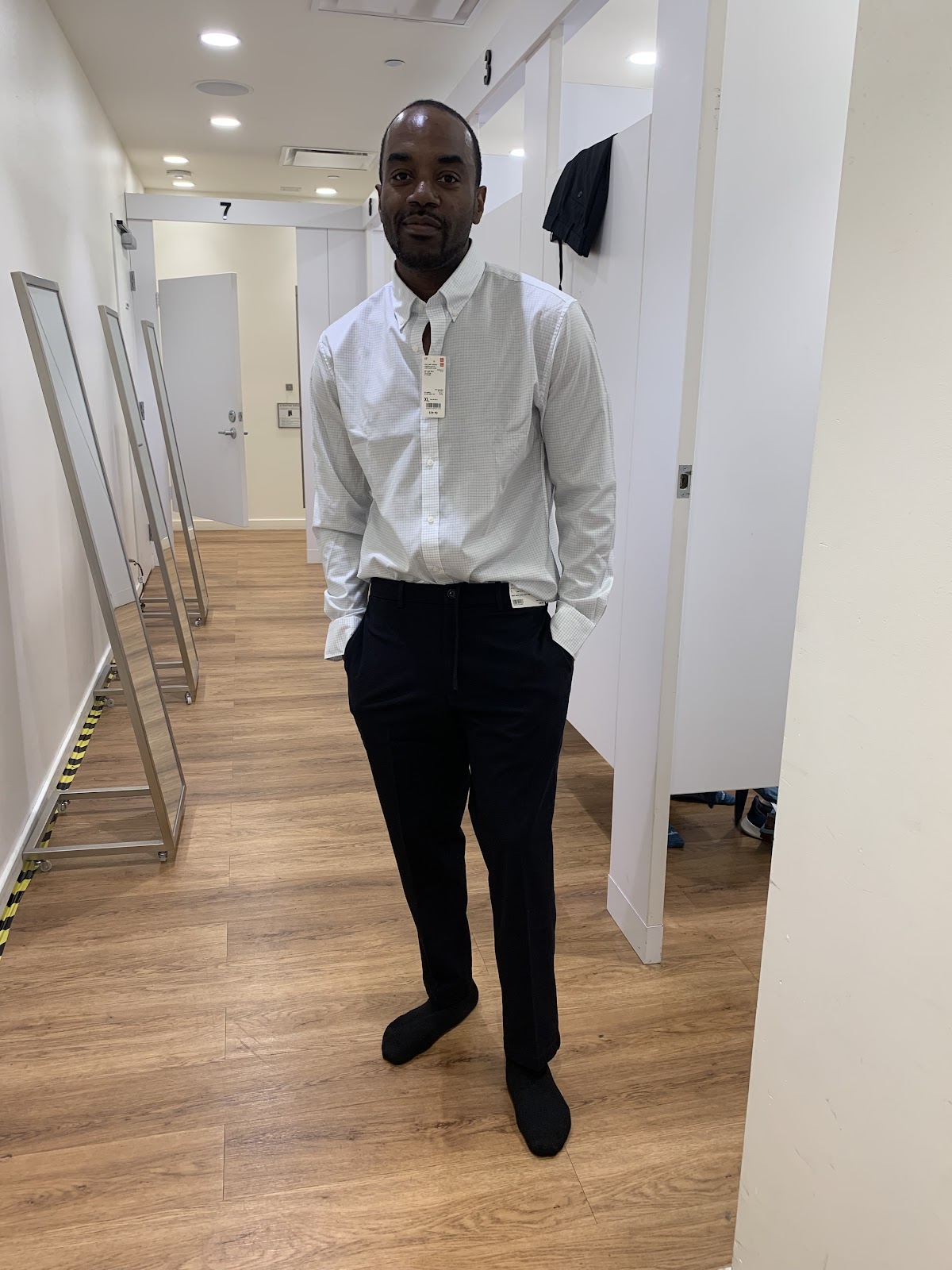 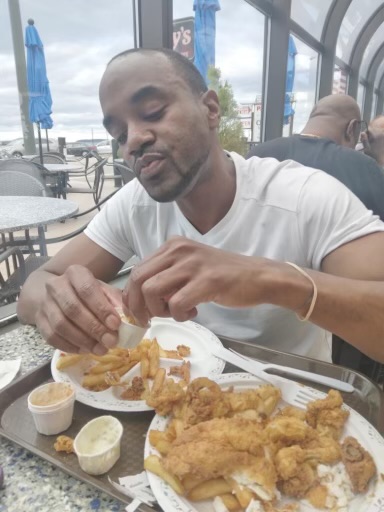 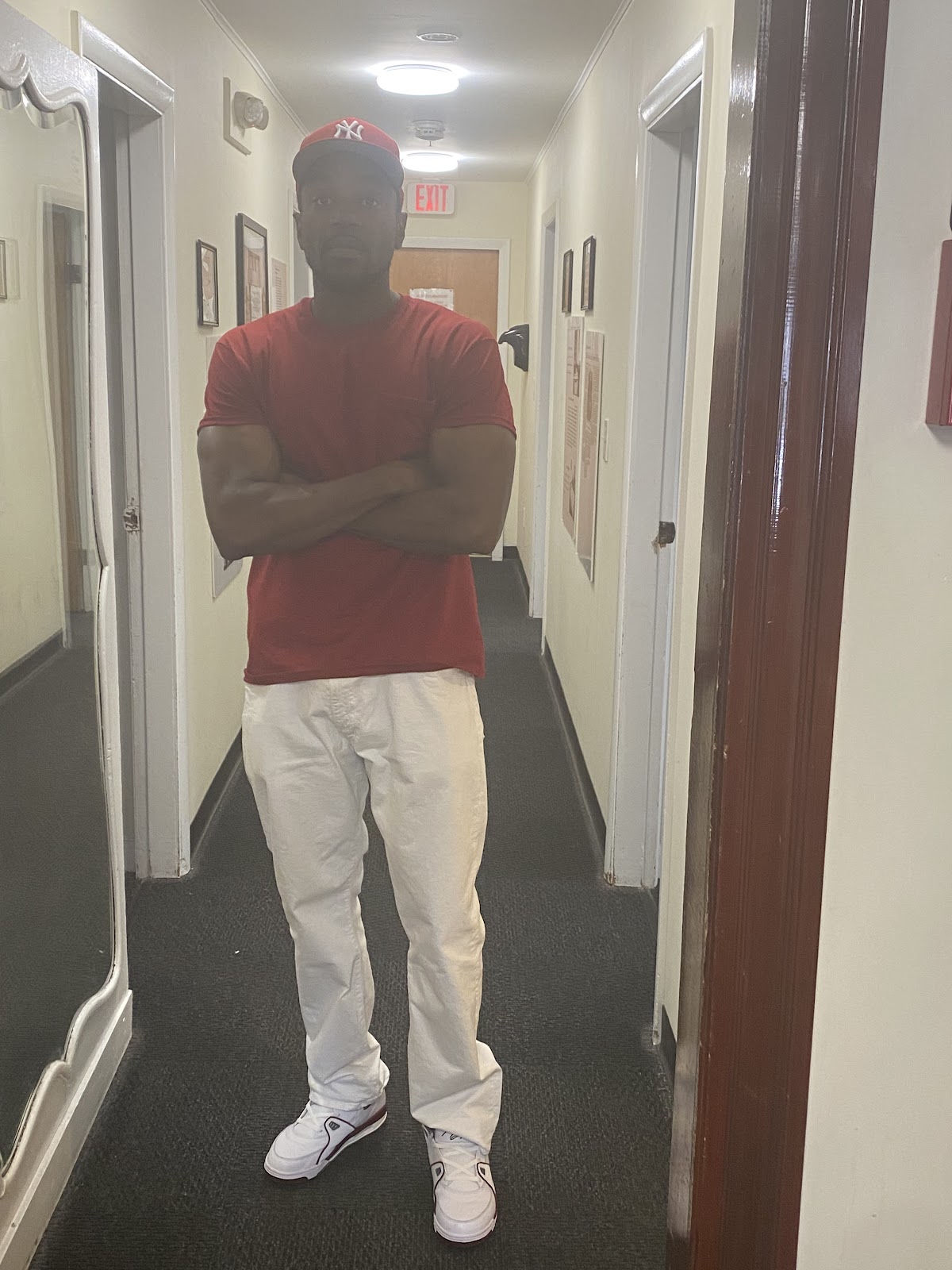 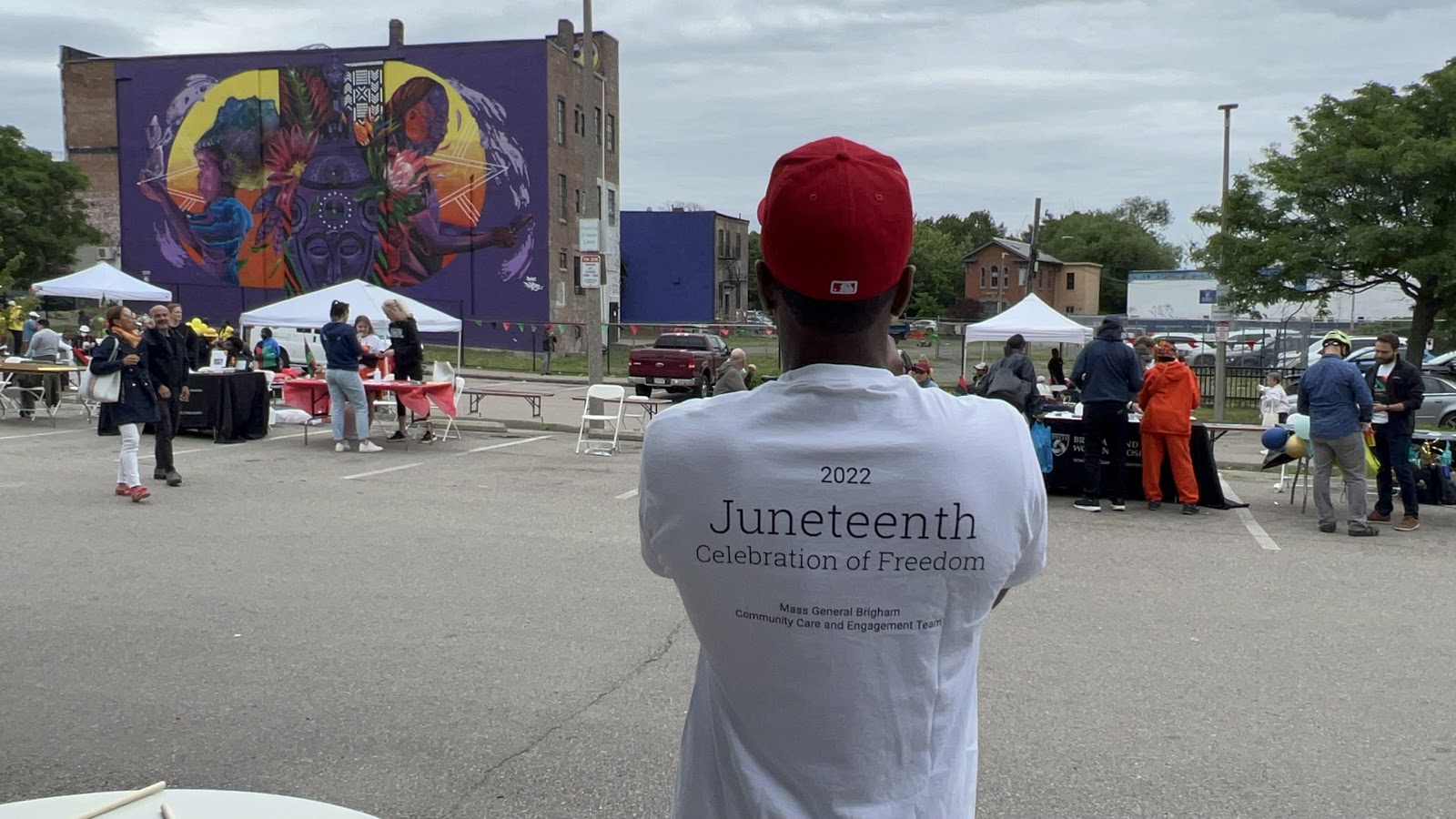 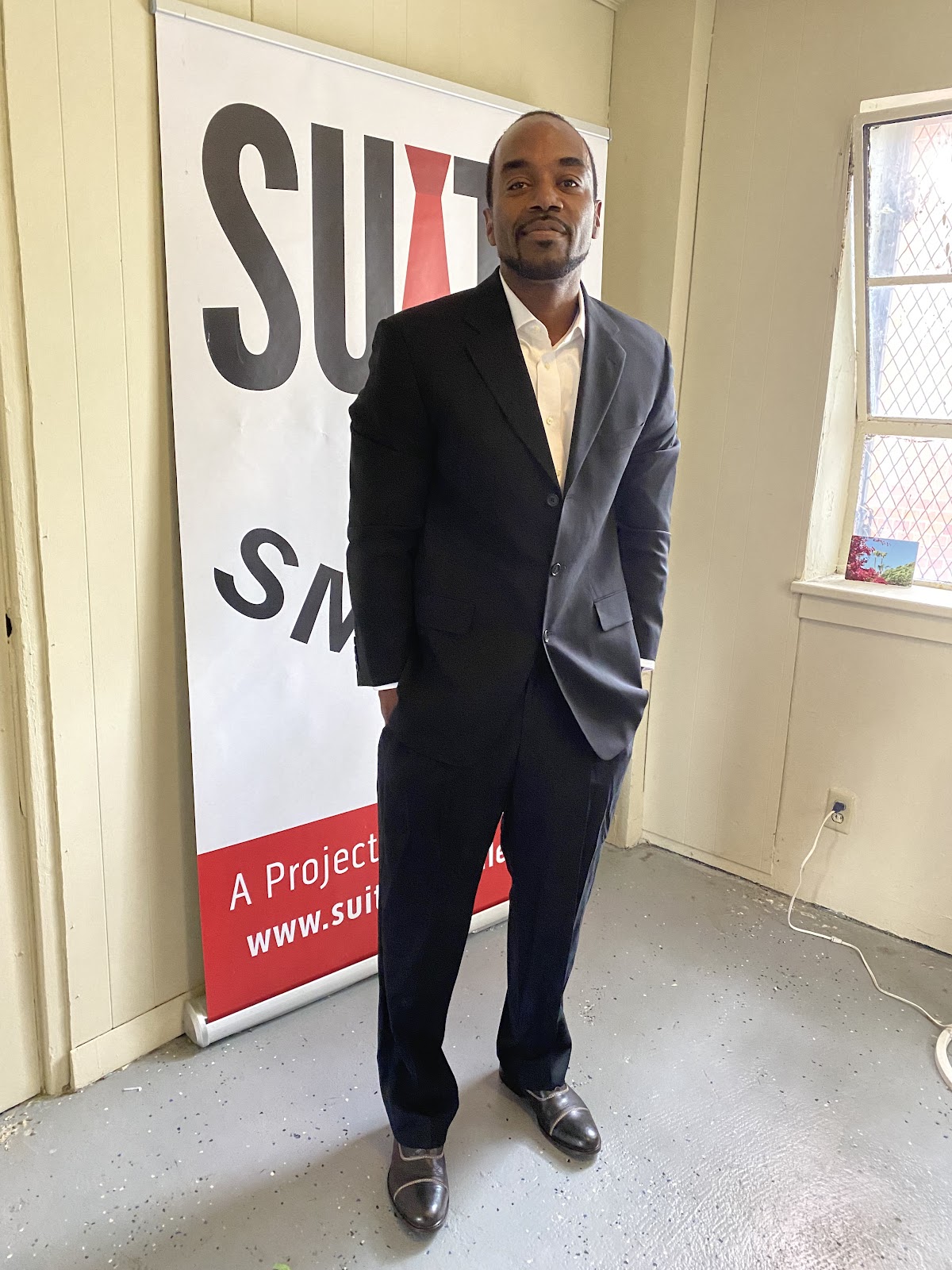 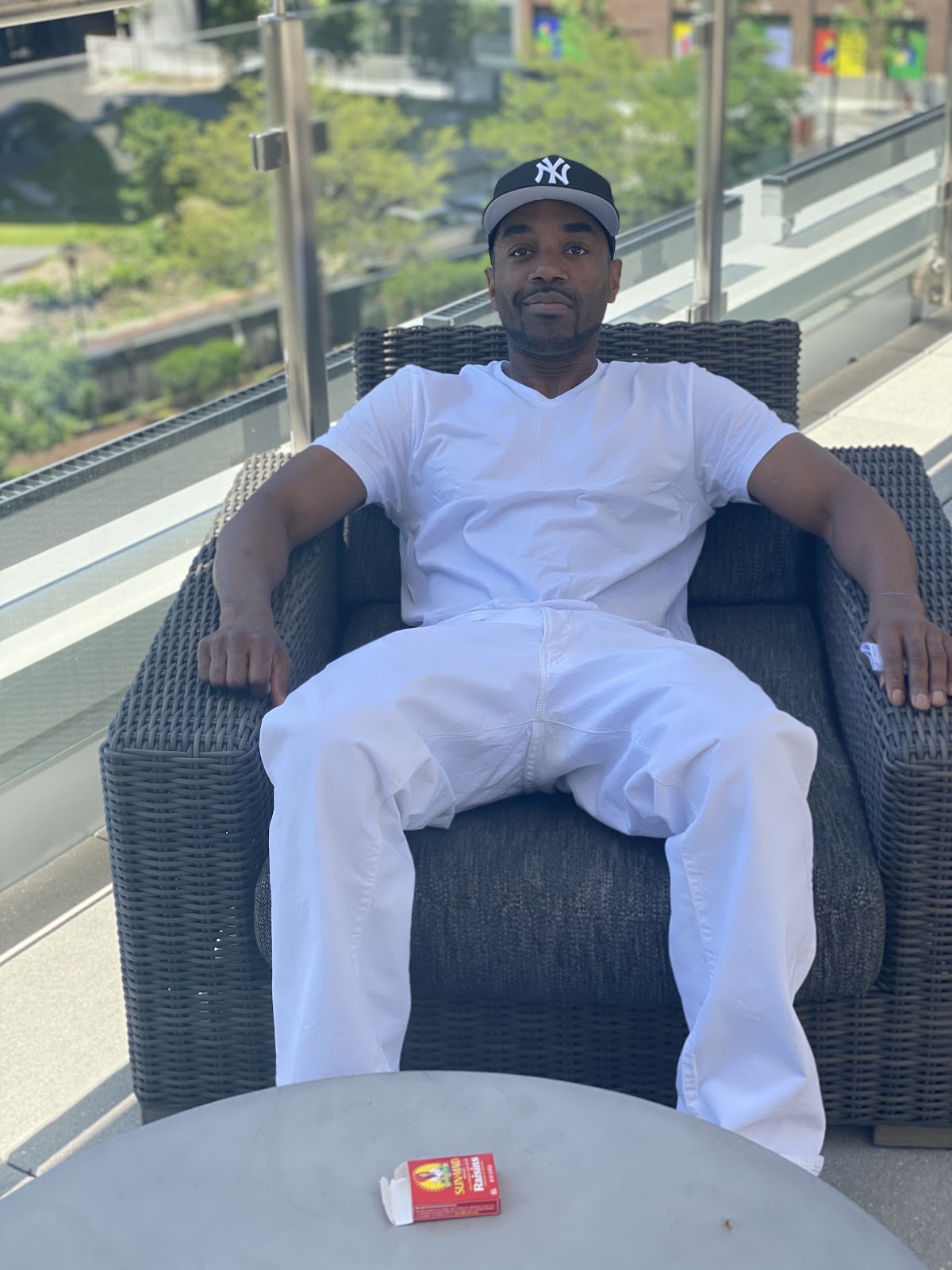 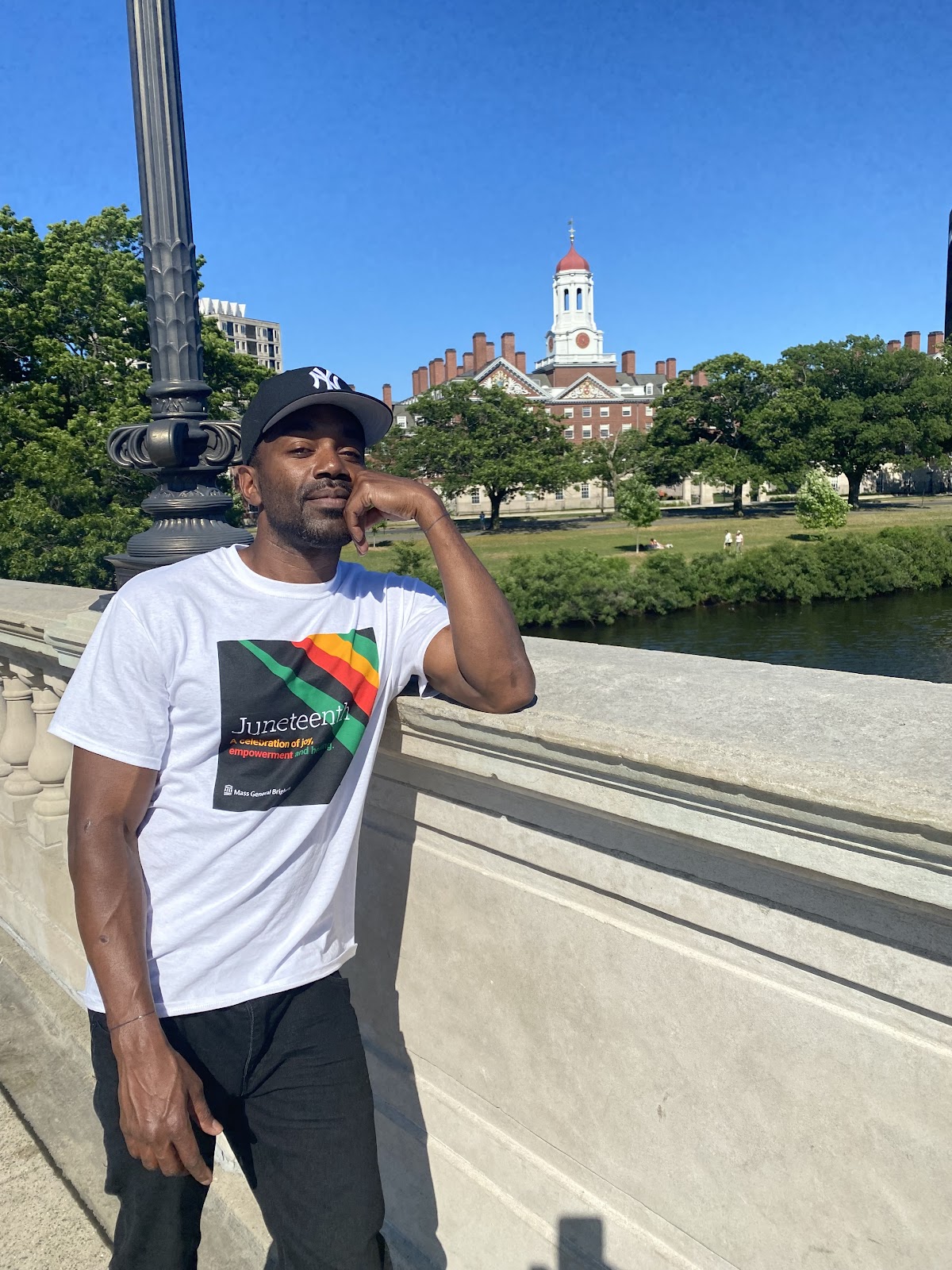 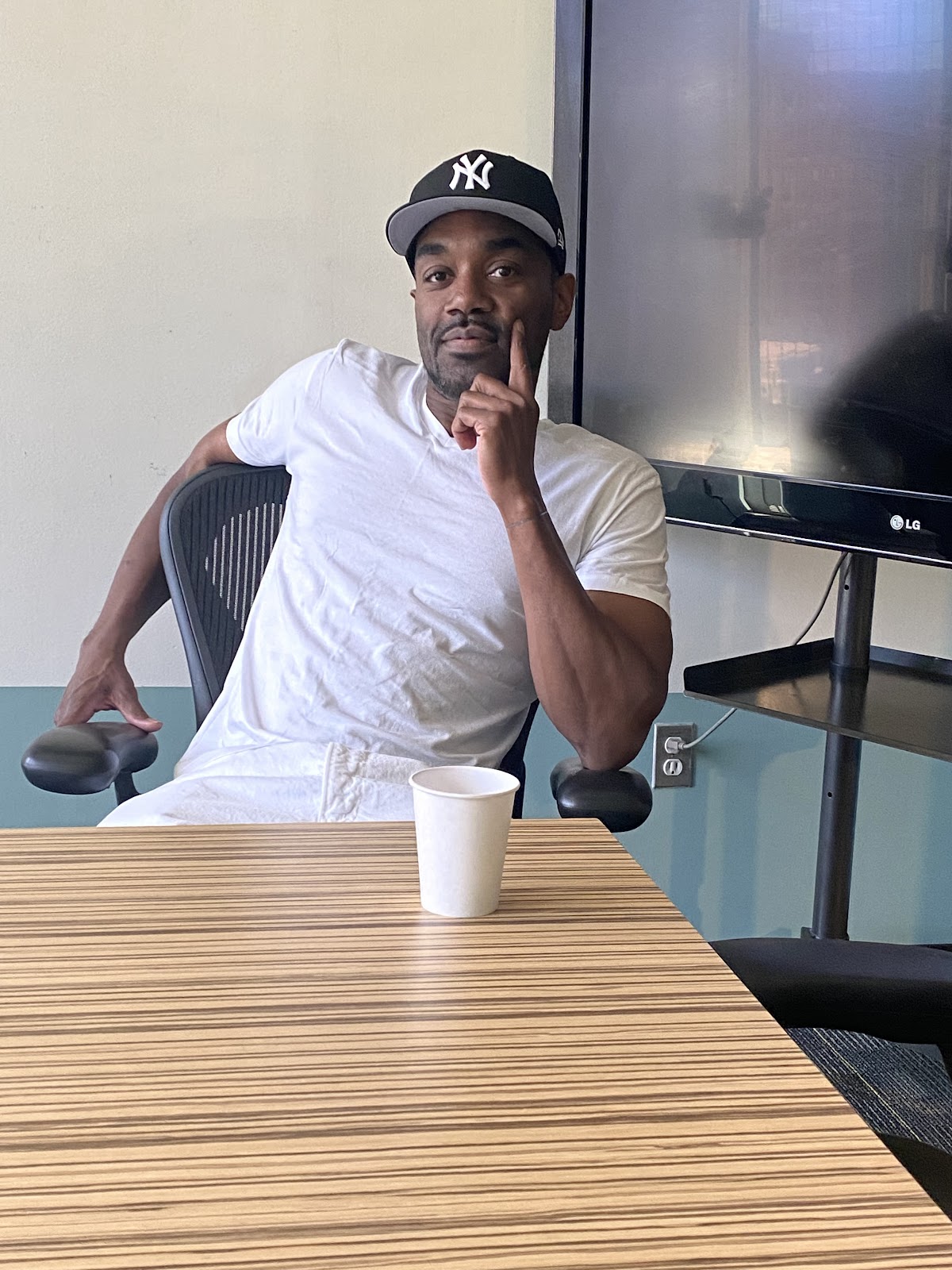 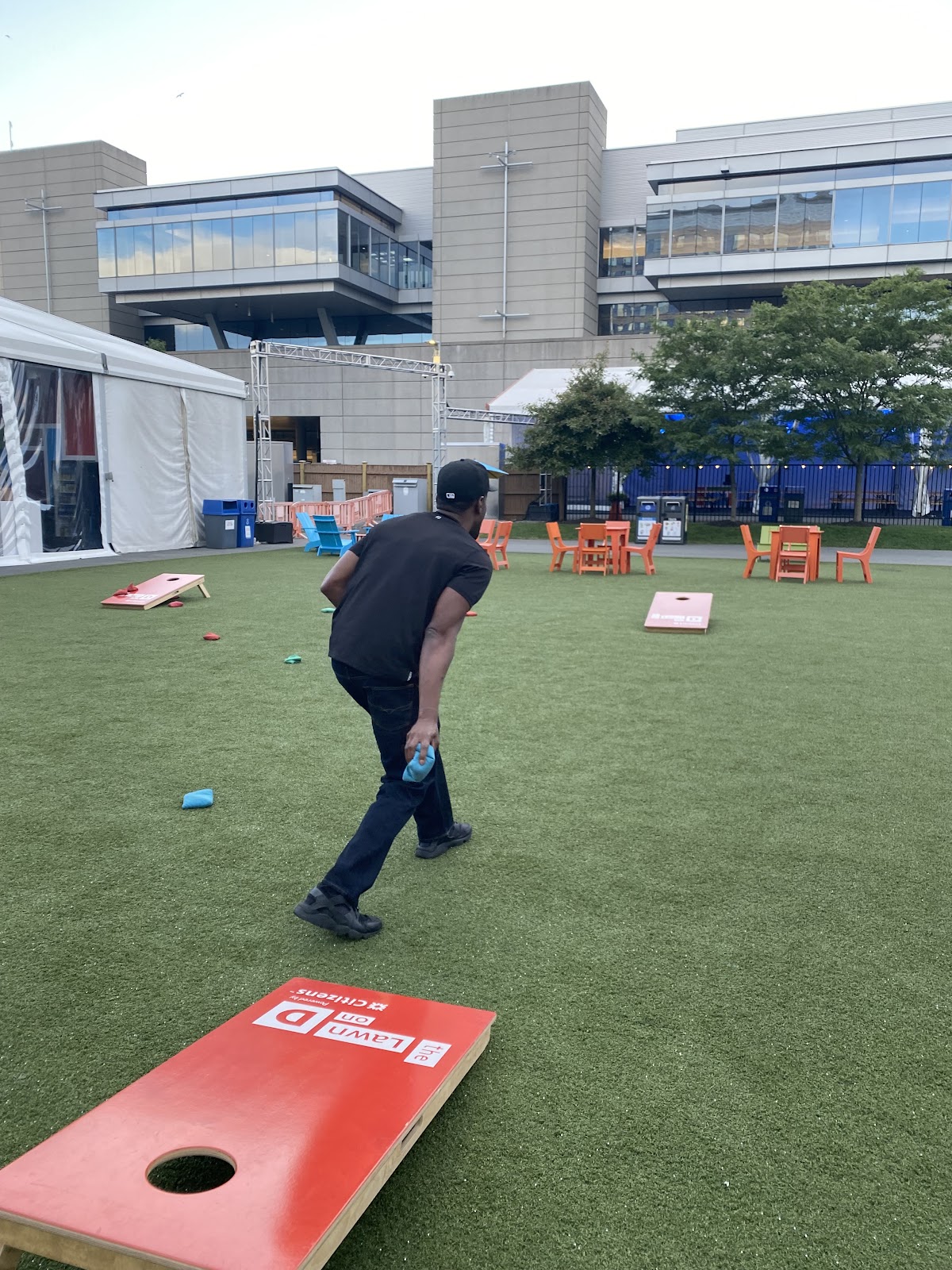 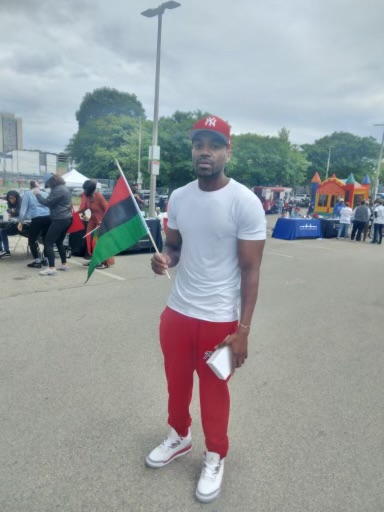 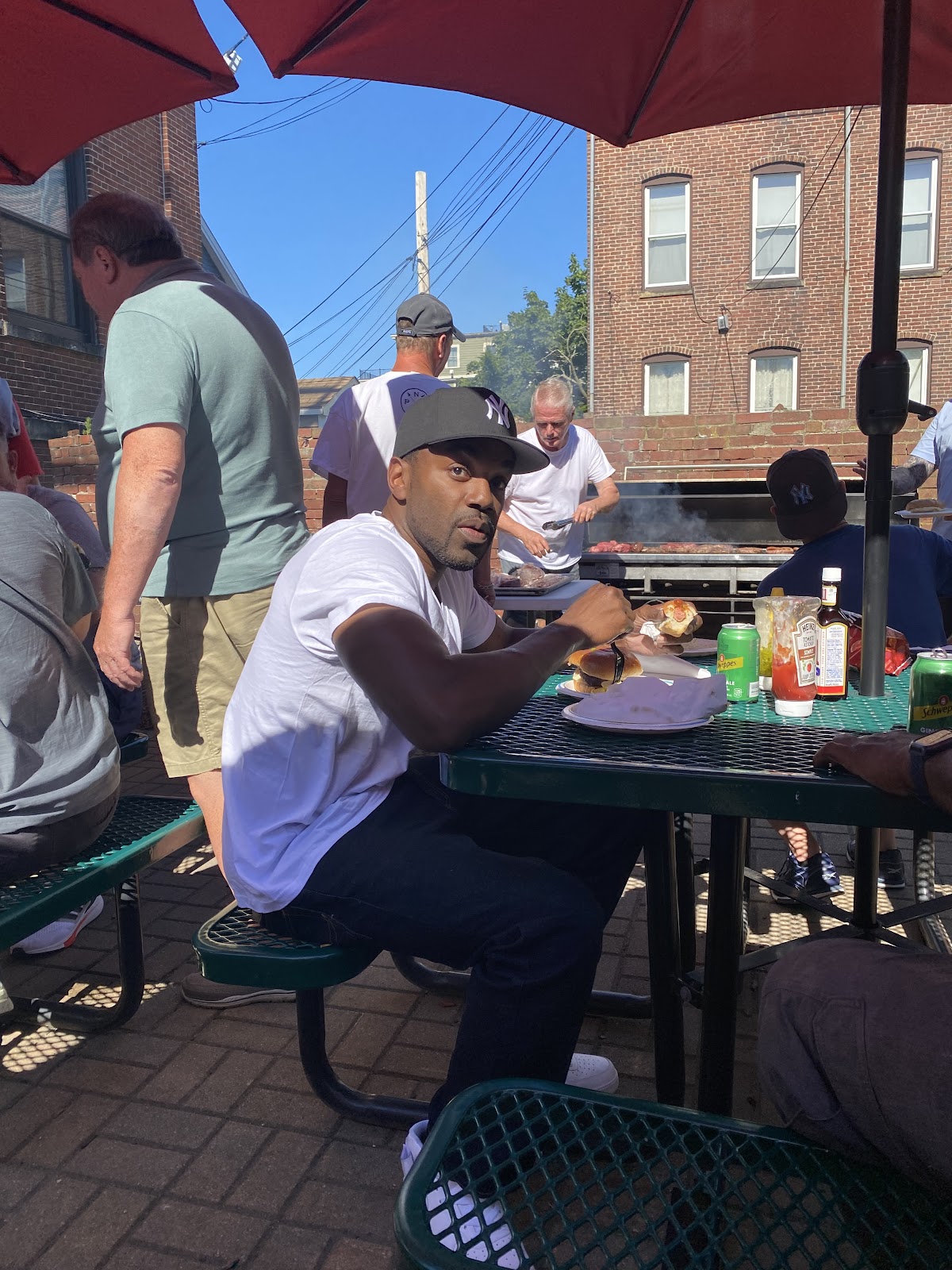 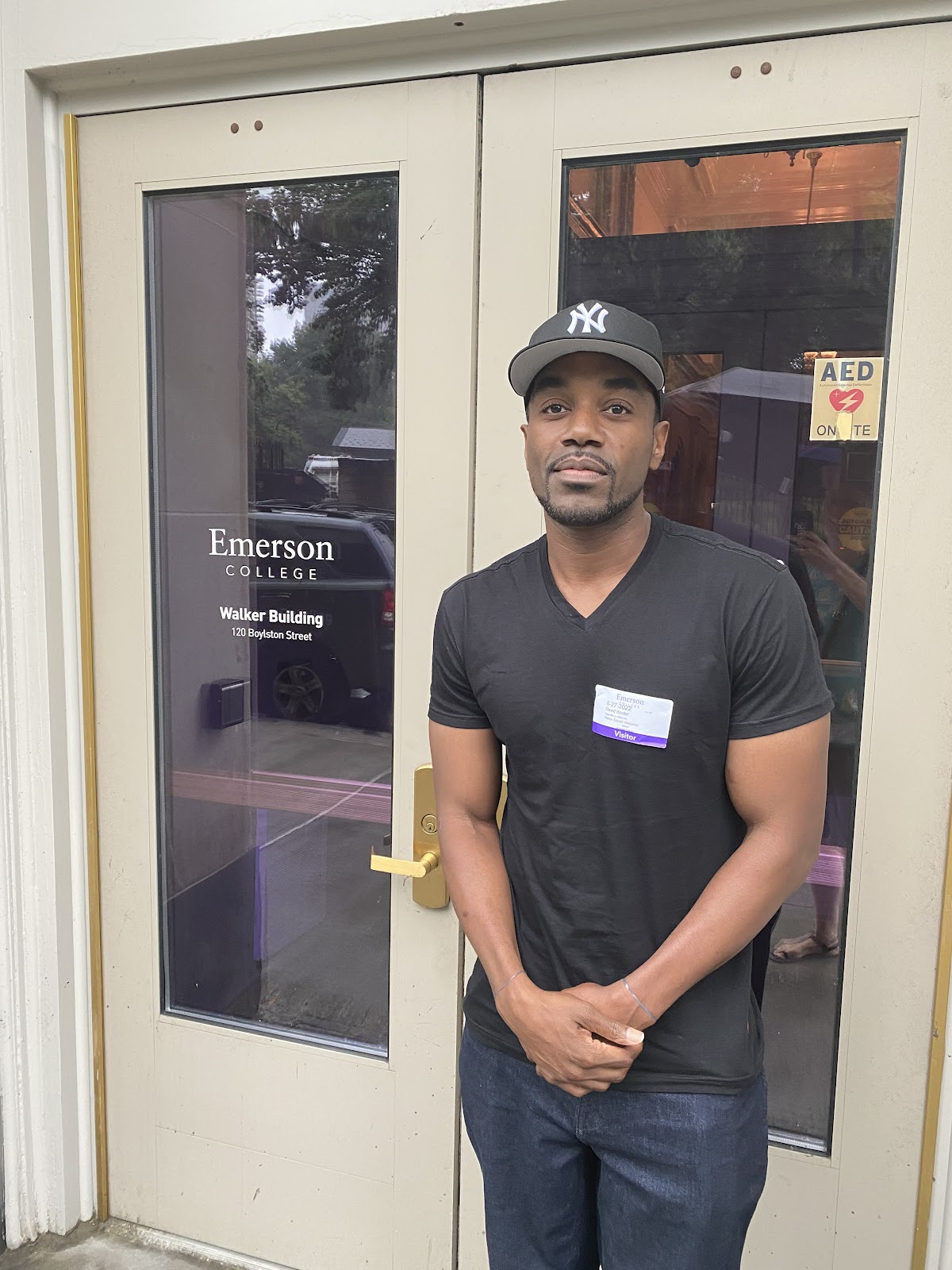 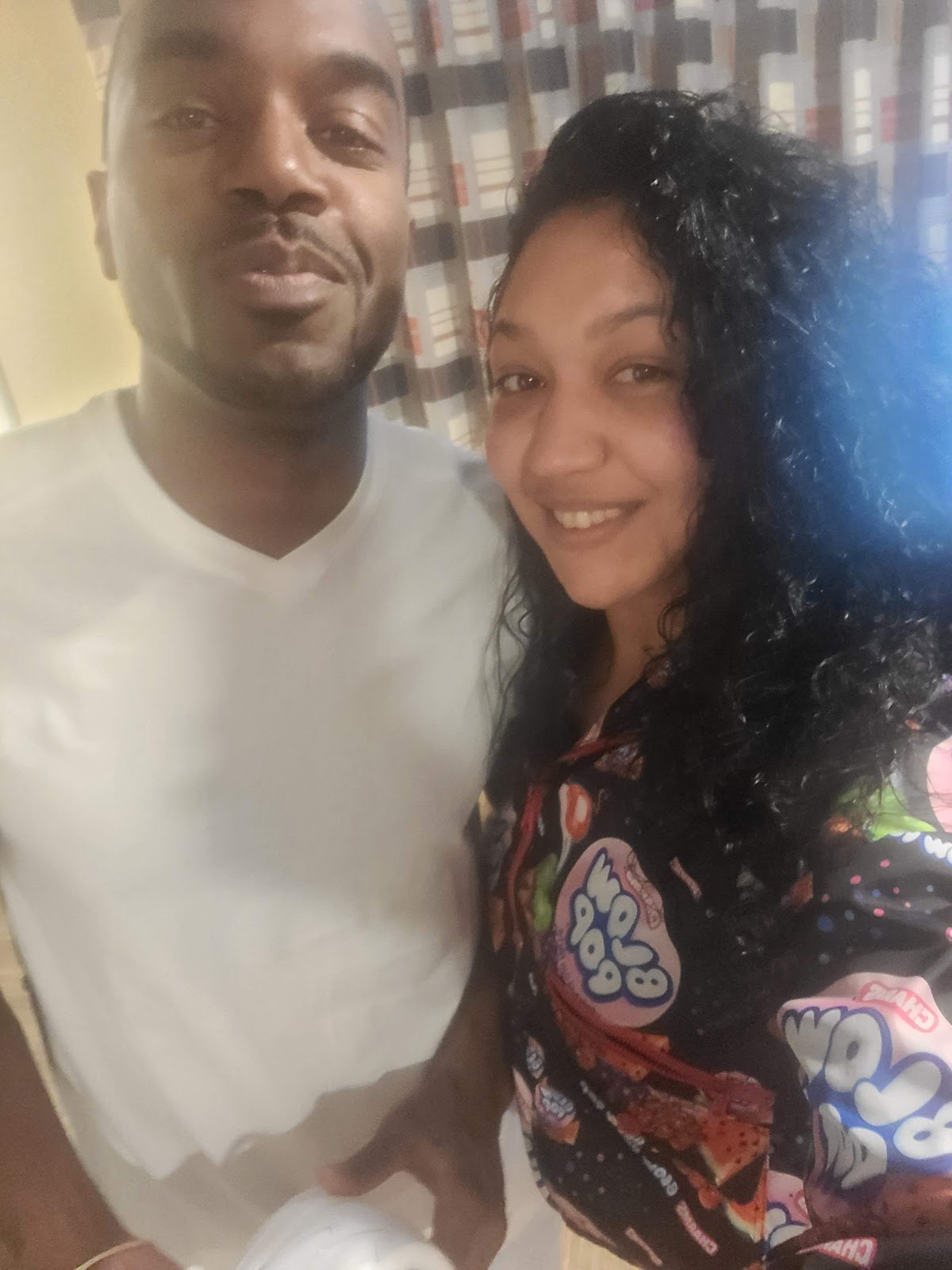 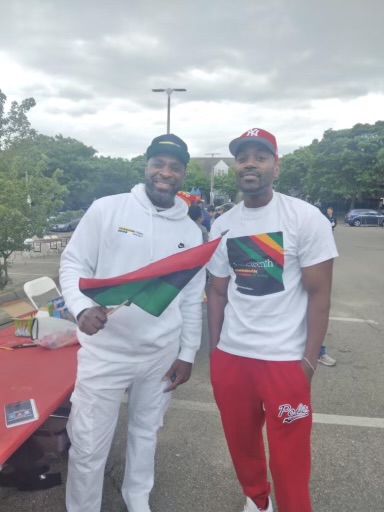 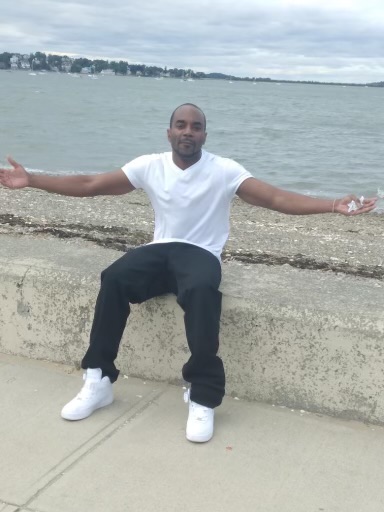 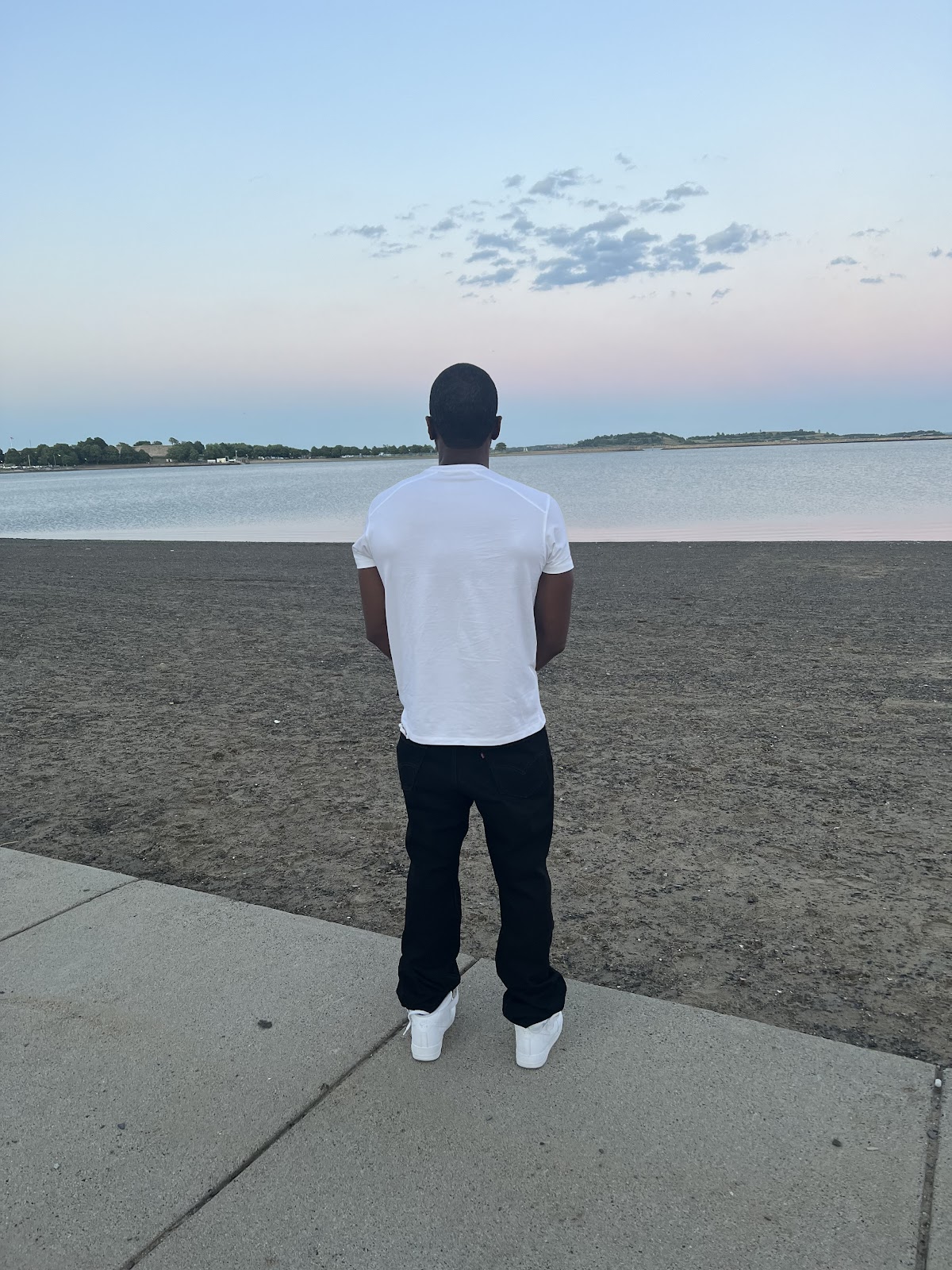 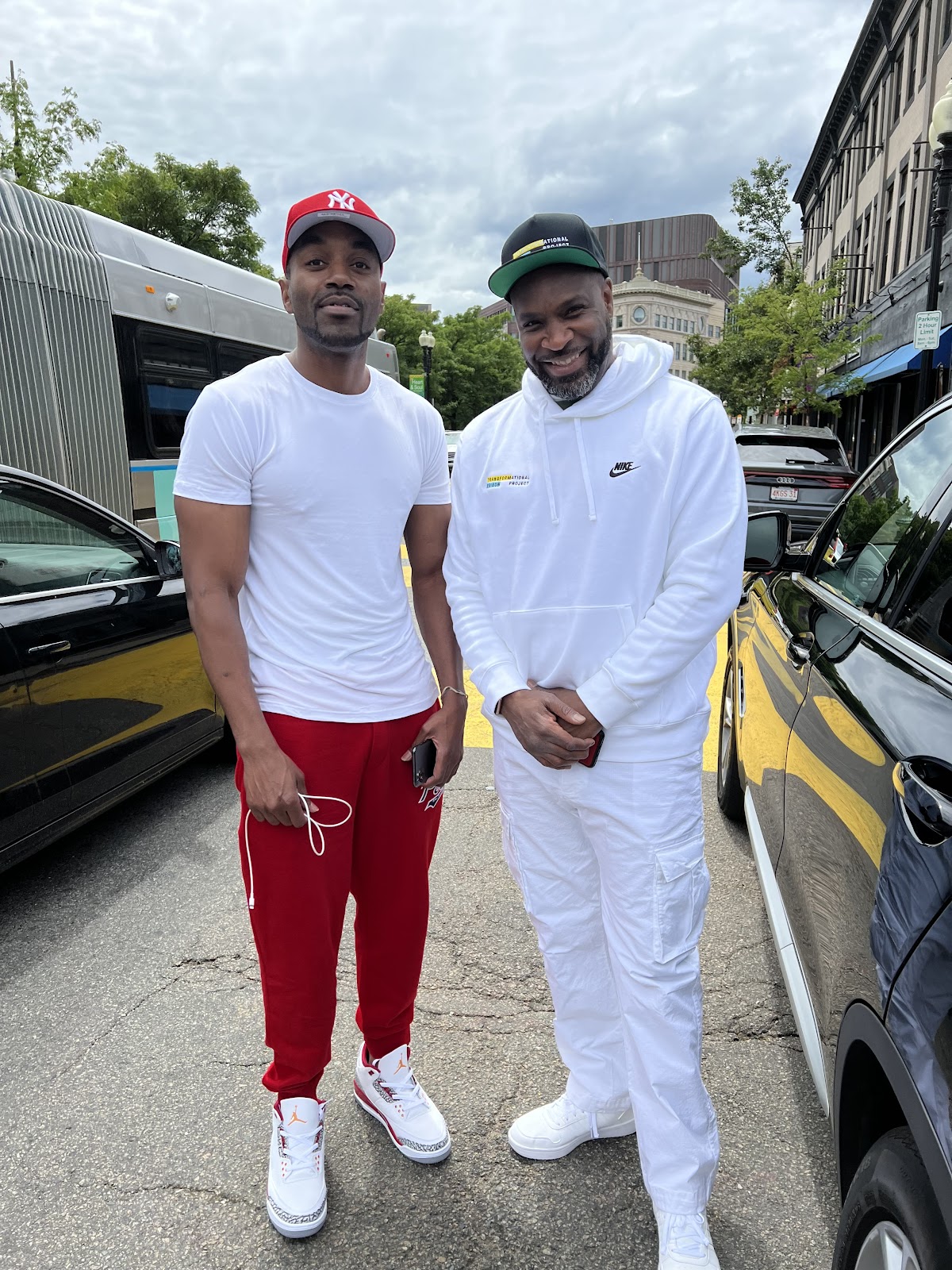 Diane: Take us back to the days leading up to your release.

David: It was a couple nights before. Sleep was not an option. My mind was racing. Even though you’re prepared, you’re still not prepared. You don’t know what to expect. The unknown can be scary, but it can be exciting at the same time. Nobody knew I was being released but my mother and my girlfriend. The night before, I just prayed, I don’t pray a lot, yet I prayed then. I prayed for strength for this next phase of my life. I was preparing for the biggest transition in my life. Clearly, I’ve never gone through something like this. Twenty years is not a small amount of time, I mean it’s TWENTY years. I was just mentally preparing, overwhelmingly excited and elated. I was more excited than nervous. The whole week before I was sending boxes home so I could just walk out the door with my bag.

Diane: Walk me through that morning. I assume the corrections officer came to get you?

David: Yes, I woke up to a correctional officer saying, “I think you’re leaving today, you have to wait for them to call you.” I called my mom to make sure she was out front. She was. I pretty much sat with my close circle of friends giving me well wishes, it’s always a bittersweet moment when someone you care about is leaving. I’ve taken that walk with people leaving us inside, so many times before. I always wondered when my day would finally come. For 19 years – I wondered.

Diane: Did you have clothes to change into?

David: Yes, I went out with a pair of busted sneakers because I had no other sneakers.  A pair of jeans and a regular t-shirt because I knew my mom had clothes outside the gate for me. Ultimately, my call came to go to booking and intake. When I arrived, the correctional officers took pictures of me for some reason, maybe it was to see any new tattoos. I was lucky enough to have my ID and my Massachusetts health card, which many people released still don’t have. Those cards have made this transition much easier, they help with attaining bank accounts and things of that nature. The Department of Corrections scored on that one. It might be the only thing they scored on. I walked out with my records. They also handed me an envelope with a $15 check with what I have in my canteen account. Not out of their account – out of my account. I had to ask, “Did you give me $15 bucks or is this out of my account?!”

Diane: Do they give you any money at all?

David: No! Nineteen years of hard time and labor and I couldn’t even get $15 bucks from the state. It felt so surreal to walk out that door and see a loved one waiting. I can’t even reflect on the emotion, it was a very emotional moment. It felt real to just get in the car without being shackled and cuffed. It felt weird and overwhelming because I hadn’t had that motion in so long. It was so weird and I was so happy. The first person I called was my girlfriend. I had her on the phone with my mother. That was the most emotional moment I’ve had since I’ve been home. That was all worth it, a very emotional moment for me and for her. She’s so happy I’m home. I still can’t believe it. After that, I went and changed, and the second thing is I texted my daughter.

Diane: How old is she?

David: She’s 21. She’s in her third year in college for journalism.

Diane: Have you had a chance to see her since you’ve been out?

David: No, she’s at Indiana University. I talk regularly on Facetime and she sends pictures. It’s beautiful. It’s so good to be able to send a couple of dollars here and there if I have it.

Diane: What was the first meal you enjoyed?

David: Seafood! I’ve been eating seafood since I’ve been here. Any chance I get, seafood is my choice of food.

Diane: How does it feel to be out?

David: I see people looking at me and they just have no idea what I just went through. It’s amazing how they just don’t know a person’s story and the trenches of hell that I just came from. They can’t see my perseverance. Nothing can get me down; I’m high off life. I’m feeling good, everything’s beautiful. I just love it. I’m in a happy place now and I’m taking it one day at a time. I haven’t been this happy in a long time. I’m just happy to be here. I’m ready to start putting the pieces together slowly but surely. I’m not going to rush. I’m mentally prepared for this. Nothing will happen overnight, that’s what I started preparing for.

Diane: Are you in a transitional house?

David: Yeah, I’m in what they call a halfway house. It’s called Gavin house. I asked to stay here. It’s a four to six month inpatient program, and it gives me time to assess my situation. I think I need to be around professionals who understand my situation.

Diane: And you’re required to go to them?

David: Yeah, because I’m here. I’m required to go to them. That’s what this is! The Gavin Foundation is a good foundation. They’re probably the most resource-filled program in the state. The house is located on Castle Island surrounded by water. Beautiful. It’s hard to explain- it’s such a majestic look, especially at dawn. It’s breathtakingly beautiful. There’s water everywhere. It’s just crazy.

Diane: Nice, for re-entry you mean?

David: Yeah, they got the pesos. If I went to a regular halfway house it probably wouldn’t be as resourceful. We’ve even had cookouts since I’ve been here. When you finish here and you still have nowhere to go, you could probably get away with a three-quarter house. That’s less restrictive. You are not required to pay full rent, maybe $125 a week. That’s nothing compared to the rich and over-priced places like New York and San Francisco.

Diane: How were you able to stay at The Gavin House?

David: I was proactive. I started searching way before my parole. I got a list of all the houses in the state. I had heard about the Gavin House- I couldn’t get in here by myself. It’s definitely who you know. I called some people that dealt with the foundation directly. They did in one phone call what I couldn’t do in eight months, if I’m gonna be honest. It shows that everything is politicized, and nepotism plays a part. Reentry should not be in that space, but unfortunately it is. It got me on the top of the list. It’s a good place. They have food to eat, but it has certain rules. There are certain jobs I can’t get. You have to be back at the house by 5 o’clock for the community meal. That’s like the gospel rule. I’m like, “I care about my career. I don’t care about eating chicken wings with you.”

Diane: What do you want to do for work?

David: I want to work with the youth and emerging adults in the human service field. That’s my passion. I may have to wait until I can get out of here. I’ll need to be flexible to work with the youth and I can’t do that living here. I might have to take a job anywhere just to get money. I might have to do that despite my level of education and skill. I may have to suck it up as they say. I’ve been offered two supervising positions because I know people, but I couldn’t take them because I’m in this program. I have swallowed my pride and started applying to jobs like Trader Joe’s and Home Depot.

Diane: What do you look forward to everyday?

David: Well, I’m in a city I’ve never been to and know nothing about. Sometimes when everybody goes out, I have to stay. Sometimes I have friends come and get me. I have a friend in Lynn, Massachusetts who has driven me around. He took me to Nike, bought me some sneakers and a couple of shirts, and took me out to eat. I also have my friend who sent you the photos. I spend most of my time with her. She helps me with my resume and using the laptop.

Diane: How did you score a laptop?

David: I was at Emerson college the other day. They gave me a laptop and I’m trying to figure out how to use it. I want to really know how to use it. I’m trying to practice everyday. These are the skills I’m going to need to work in today’s field, no matter what I do. I love technology. All I do is sit and play with it. I’m curious. “What does this do?” I see everybody now with this system. I’m always asking, “How do you do that? What is that app?” I’m learning quickly. Sometimes you’ll have to tell me something twice, but definitely not three times. Some things I just figure out on my own. It helps that they gave us tablets in prison, and they had an Android set-up so I was already ahead of the game on some things. There’s all this new software. I’m familiar with Excel, but they have all these programs I’ve never heard of. I’m like, “Alright, don’t worry about it, difficult takes a day, impossible takes a week, I’ll be back. Next time you see me, I will know about that.”

Diane: How are you? You’ve had a couple job offers, you have family, friends and a good house. Sounds like you’re in a good situation.

David: Well, I’m in a situation. Right now, it’s probably a good situation for me. I don’t know where I’m going after. I’m not from here, so I don’t know what I’m going to do. I have to worry about housing. I want to stay here, that was my whole purpose of coming here. It would be so easy to move to western Massachusetts where I resided before. My whole purpose was coming to engage in situations to see if I could make this my home.

Diane: Did you have a choice where you were going to live?

David: Yeah, I could parole wherever I wanted to. You give them the address and you go. People and places and things have to change if you want to change. I don’t believe that going back to the western part of the state and the cities and towns I was before was the best thing for me. Old friends, old tropes, old behaviors.

Diane: What about your parole officer?

David: I only have to deal with him for a year, which is great. I’ve only had one interaction with him. The first day I came home. He put the ankle bracelet on me. I see him the first Tuesday of the month. Everybody in the Gavin House that’s on parole has him, so they say he’s alright.

Diane: In an ideal world, what kind of job would you get?

David:  I want to work with youth at a non-profit, like the one that was offered to me. But the shifts are seven to five. Four days on, three days off, on a ten hour shift, so I couldn’t work there and live at the Gavin House. There’s another non-profit called Bridge Over Troubled Waters. The Human Resources Department wanted me to be a supervisor. It would have required me to work during the afternoon and in the evening. I can’t do that and live here, so that’s two jobs out the window. Great salaries, great benefits, great organizations.