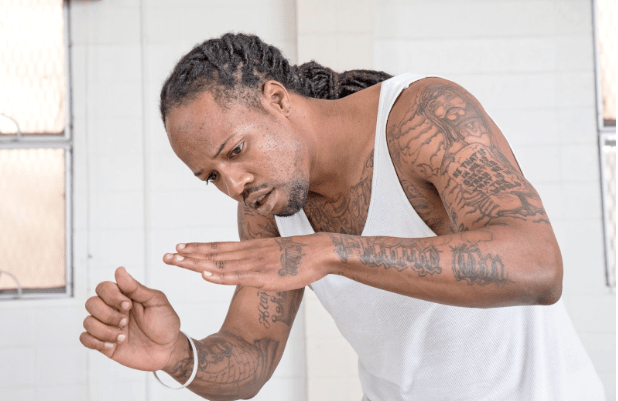 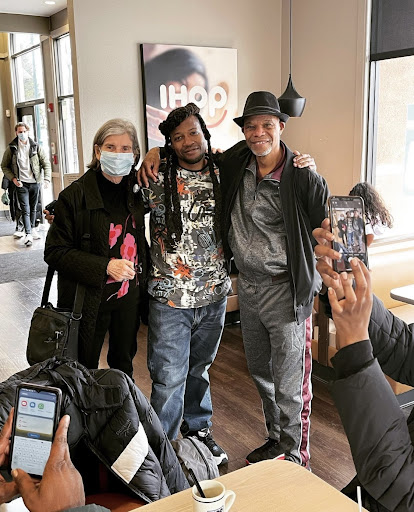 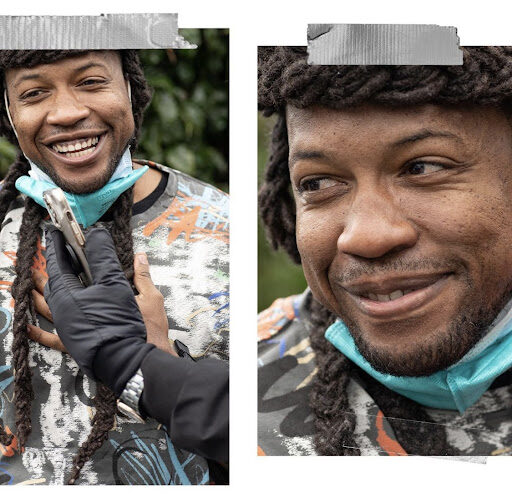 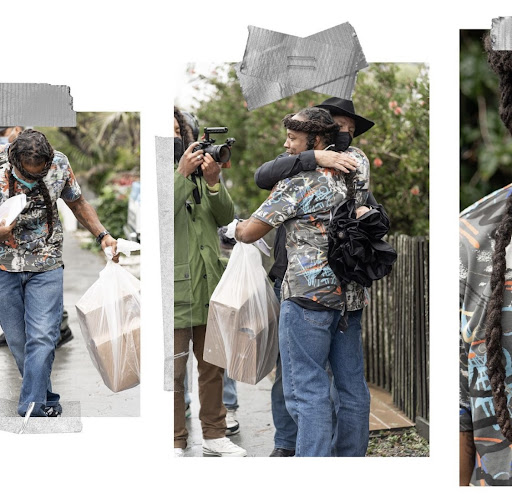 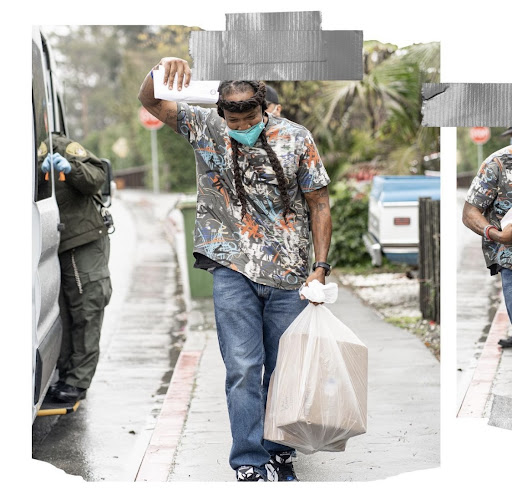 Diane: Inside you were doing wonderful things like dancing and performing, have you had a chance out here?

Maurice: I’m not. We’ve been getting grants to shoot a post incarceration film, post about me, it’s been pretty cool. We just came back from Alcatraz the other day where we shot some footage.

Diane: What are you doing on Alcatraz?

Maurice: We danced. Antoine Banks choreographed a dance scene on the yard and took some shots around the prison to incorporate into the film.

Diane: Well next time you film there, let me know I’ll hop on that boat with you.

Maurice: Ok!  We were all giddy and stuff being there, we missed a lot of stuff, so I’m thinking about going back. I’ll let you know. It reminded me of San Quentin. It’s an ugly place to be, but it’s a beautiful place at the same time.

Diane: Let’s back up and get a little history. Did you have a parole hearing?

Maurice: Yes. I was found suitable at the board hearing. I had to wait for En Banc Consideration, which is when the governor might choose to decide to overrule the board’s decision. During an En Banc anybody from the public can come and comment.  It could be all up to the victim’s family.  I was so anxious the governor could say no, and I’d have to go through this process all over again.

Diane: Why were you considered for an En Banc?

Maurice: It was a political thing during COVID where the governor wanted to get re-elected and didn’t want no blood on his hands. He was sending so many people to En Bank. It was ridiculous.

Diane: What happened when you heard you were being freed?

Maurice: I cried because of all the hard work I’d done and all the people who helped me. And I was leaving behind people I felt should be there with me, youngsters who look up to me. It was an emotional rollercoaster. I’m trying to link people up to people  out here with those I was leaving behind. It was three days between when I got found suitable and when I left. During that time, I was just a water faucet. I told the guys inside I needed one day to myself. I spent a few hours just walking the yard, looking at the sunset. I did  a lot of self-reflection, going into the classrooms where we did a lot of our work. Just thinking about how I’m never going to forget the guys still here.

Diane: How did you body react to all the news?

Maurice: The first night before I was to leave, I couldn’t sleep. I’m staring at the ceiling, my mind is racing, like I got a lot of stuff I want to do. Then the last two days I slept like a baby. Finally, at three in the morning, everybody was up and yelling my name as I walked by. I’m trying to hold it together all right, don’t cry, but they’re crying as I’m walking down. I’m saying goodbye to so many people. My hands are getting clammy. I’m putting on fresh clothes. Oh my God, staring at my jeans and they have pockets that’s not made-up. I’m like, yo, this is dope. It’s simple things. I got color on me. I got a colored shirt. I’m feeling good. Then they’re like you can’t leave until we know there’s somebody out there at the gate for you. They said they’d called the number I’d given them and no one would pick up the phone, so I gave them another number and they’re not picking up. Finally, my man picked up. He had his phone off, he said he didn’t know. There’s a camera crew at the gate and that’s my people. I get in the van and get through the gate and I hear cheers and I just break down and start crying. My mom and sister came, and a friend took me shopping.  I just try to be modest and not, you know, spend a lot.

Diane: What was the first food you ate?

Maurice: We went to IHOP and I had raspberry pancakes with some candy store caramel stuff on top and a big cup of coffee. Everybody was trying to like having this big old thing, but I’m just happy to be free. You can get me coffee and donuts. I’m cool.

Diane: What happened next?

Maurice: I had all my stuff set up for Alameda County. I had three jobs lined up. I had schooling set up and at the very last minute they said, we want you to go to Woodland, California for six months at the sober living house. I didn’t really get to  hang out with my family. They had a cake and like a little small gathering ready for me, but I didn’t get to go to it. I had to hurry up to get to Woodland.

Diane: Wow, and how long were you at the sober living house?

Maurice: Oh my God. Horrible. It’s like a compound. Cockroaches. Dirty. But the employees were so nice and cool and went out of their way to help people. I wouldn’t want them to lose their jobs. I couldn’t have company. I’m isolated from my family, and when they do come up here, they have to stay outside the gate and wait for me. That was kind of upsetting because I was seeing more of my family in prison than I was there.

Diane: What did you do to pass the time?

Maurice: I started painting. I  worked out a lot. Inside I was part of the organization called, No More Tears and they helped me like real- real- real. They gave me stuff to do like calling people, checking on people, and doing Zoom meetings with a teacher named, Amie Dowling, from San Francisco University. She would pay me to talk to her class about certain topics and stuff. They wanted me to stay here. I was like-NO – I’m going back to the Bay Area where I have all my support.

Diane: It’s so weird they would put you there. How did you get transferred?

Maurice: One of my friends was a  house manager here and he like you know. Hey, I know you. I want you to come here. I’ll vouch for you, and he put in a good word for me and within a next couple days I was here.

Maurice:  Castro Valley in a house with just four people. The house is a really big house. I do the yard work. I feel so comfortable here. It’s a nice neighborhood, nice people, me and all my roommates get along well. I don’t have to pay unless I get a job.

Diane: What are your goals now?

Maurice: Finishing the film.  I’m almost finished with my phonebook, random poems that I wrote on the inside. It’s raw. Like how I want it to be. There’s no clear cut storyline or nothing like that.

Diane: What’s the film about?

Maurice: Amie Dowling came to see me, we did an artistic ensemble together in San Quentin. We’re like let’s do something and see what we get from it. We went to Mare Island in Vallejo and just started doing movement. We didn’t have a clear cut direction, no storyboard, no nothing. We found this snack shack. Let’s use this as a backdrop and we just started doing movements about post incarceration.  Yeah, we are free, but we are never free from our experience of San Quentin. You’ll see me in different outfits, different pieces of me, but in actuality they’re all me, you know, and it’s for me to meet the incarcerated me, who I was, and who I am today. It’s a beautiful thing.

Maurice: We just got published in a dance magazine recently. We’ve been working on trying to wake up every day and be like yo, this is our job. Not no nine to five. I would love to do this. All day, all night.

Diane: Tell us about your family.

Maurice:  The kids are running me crazy. I’m like ‘the favorite uncle.’ My sister got her license to be a nurse and I want to celebrate her and help her with the kids. My brother is a workaholic. I love the kids, but only in pieces of time. My mom, I love this woman. My family is great and I have a family who are not blood, we always talk every day.

Diane: In 13 years, what did you notice had changed out here?

Maurice: The increase in the homeless population. Oakland was full of encampments on the side of the road. Empty parking lots are full of homeless camps. It’s heartbreaking and it’s everywhere. How do we have all this money and stuff but no place where people can eat and shower and stuff like that?

Diane: Do you have any advice or encouraging words for people inside prison? If so, what would you tell them?

Maurice: I would say follow your heart and surround yourself with people who are looking to do positive things.  Stay persistent and try to better yourself. Move forward and have empathy for others. Do programs. Do the group work.  I see these older guys really changing things. I want to be a part of that, people doing more than just serving their time. The guys who got less time are the ones who need groups the most because they’re coming in doing the same stuff that they’re doing on the streets.  Groups create change.

Diane: You’re so positive it’s awesome talking to you. I have one more question. What does Humans of San Quentin mean to incarcerated people?

Maurice: I love the title. I wanted to get into the media because the media always puts a twist on the stories of people that’s incarcerated. They don’t talk about people graduating, they don’t talk about the sets they do in tech; they talk about the bad things. So I want to humanize these stories. It’s a beautiful thing that makes you want to listen. Why doesn’t society not see people who made a mistake as human? Officers and staff inside like yo, we committed worse crimes than that. We just never got caught. Yeah, I really appreciate the name.