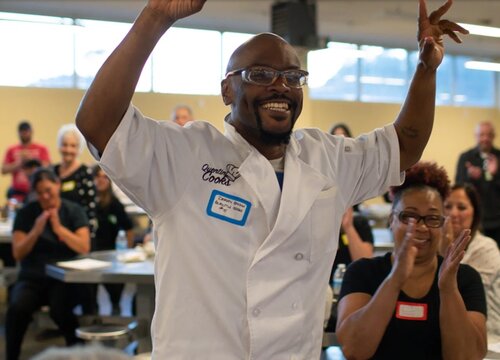 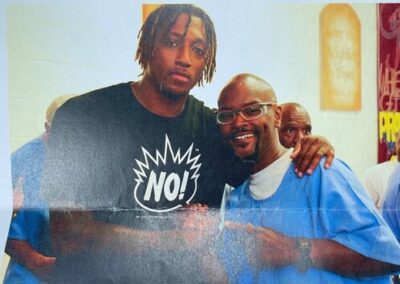 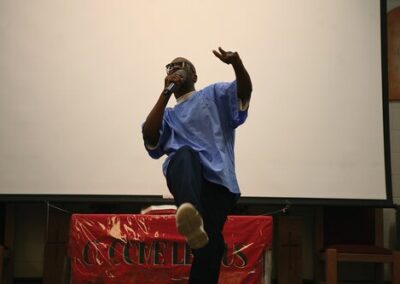 At 11 I met E. Jay who would become a big brother and one of my biggest inspirations when it came to honest work for honest pay.

Prior to meeting E. Jay, I would scour my Watts neighborhood in search of work to help beautify it. At the same time, I would find time to destroy it. I would vandalize schools, throw rocks at cars and fight. This duality of good and evil as a youth was mind boggling.

E. Jay took me under his wing and taught me trades in the construction field. He showed me how to remodel homes, the brother had style when it came to remodeling. Some of the trades stuck with me like painting, drywalling and tile setting.

Still, I resumed my normal routine of ebb and flowing through the hood. This eclectic flow would come to a temporary halt when I met E. Jay who did his best to inflict structure into my contradictive life.

When he and I met, I asked him if I could wash his car. He said, yes, and after you finish washing the car, you can cut the grass. When I completed both tasks, he said that he had a list of things that needed to be done if I was willing to do them.

Here began my lessons of honest work for honest pay, with a dash of hidden crime prevention.

After school, I would shoot to E. Jay’s house knocking down task after task. After one particular job, we stopped at a gift shop where I bought my mother a gift with my honest pay; etching the experience in my mind for a life lasting effect.

Still, I would religiously find time to hit the streets with my fellow rebels. E Jay would inspire me with his work ethic, impacting me with skills that would enable me to obtain my own handyman service.

Two years later, I would be seeing E. Jay for the last time when I entered the department of corrections for the third time. Today, I appreciate E. Jay’s attempt to erect a structure in my young eclectic life. I reminisce on all the love shared between me, E. Jay, Jacky and their children – who I miss, love, and adore.

I want to urge you to obey your guardians and to keep an open mind toward neighbors who are willing to impart stability into your precious lives.