The word of a transgender-woman put me in shackles, yet when her story changed to my benefit, those facts went unreported. I was sent to ‘The Hole’ (solitary confinement) for prison rape elimination act (PREA) investigation. What was supposed to be a three to five-day investigation, got a 90-day extension. My evidence was ignored. My witnesses were not called, interviewed, or even contacted. I just sat in the hole while prisoners and correctional officers continued to treat me as if I was guilty.

Correctional officers allowed prisoners to steal my property. At that vulnerable time, I was not given any opportunity to send any of my property home. When the charges against me were deemed unsubstantiated, my reputation still suffered. An educator accused me of being put in isolation for a rape attempt. Prisoners assaulted my character with the word “pimp.” Nothing could be more hurtful or further from the truth.

When I was released 22 days later, my body had to repair itself from the self-inflicted damage it had incurred from a 20-day hunger strike. I was prepared for that. What I was not prepared for was how my mind had to heal. I kept my distance from all people. Even in a post-Covid-19 world, I found it a difficult task to request that people respectfully give me six to ten feet of space. After being isolated on the word of one, space was my greatest comfort to feel safe. Weeks went by with me explaining to people my strange needs, until genuine support began to cause me to feel normal enough to begin to let my walls down. It was then and only then that my smile began to return.

Thanks to all my haters, I forgive you. But to my supporters who never had any doubt, you are few, I love you. And I love you too.

Despite my current geographical location and overwhelming odds against me, I remain with a positive outlook on my future. With permission to mourn my losses, I close. Thank you for the opportunity to share. 📸 Eddie’s only 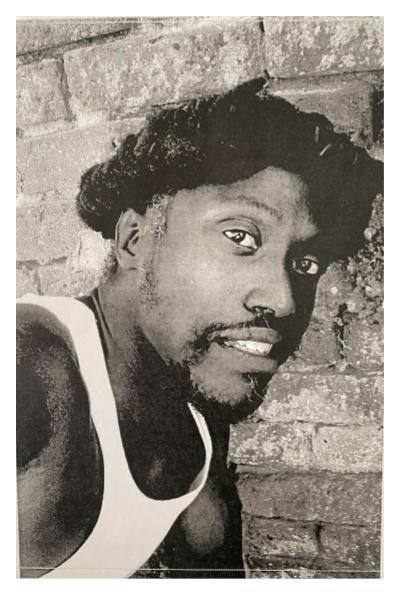