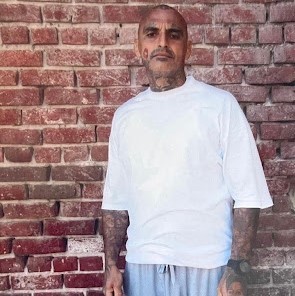 I asked the Lord to forgive me for all that I’ve done to others and to give me the strength to change my life.

When I was 12, I began using heroin. When most kids are 12, their fathers are usually taking them to baseball games or something of that nature. My father was injecting syringes full of heroin into my arms. From 12 to 15, I was in and out of juvenile hall from assaults to robberies to vandalism.

One night, at the age of 16, I went to a backyard party with my so-called “homeboys.” A huge fight broke out between my group and our rival. I ended up stabbing another kid to death. I was given seven years to life as a juvenile. In prison I continued doing what I knew best, victimizing others. Eleven months later I was arrested by the Drug Enforcement Administration (DEA) for conspiracy to distribute drugs and sentenced to 10 years in federal prison. Once there, I met members of the Mexican mafia. All my life I had idolized them. Back on the streets, I used the Mexican mafia power to abuse local street gangs. My freedom lasted four months and I was back in Los Angeles county jail for attempted murder. In jail, I continued what I knew best, victimizing others. On behalf of the Mexican mafia, I was what you call a “shot caller,” in charge of Hispanic gang members, ordering assaults, extortions and robberies. I’m in jail fighting attempted murder and the LA Sheriffs department charges me with conspiracy to commit extortion with gang enhancements. In trial, I was found not guilty for attempted murder. The next year, I began my trial for the extortion, was found guilty and received seven to life. Awaiting transfer to state prison, I was put in charge of a large amount of Mexican mafia drugs. Careless, I was caught. All at once, thirty Hispanic gang members attacked me. I was hospitalized for a month. Looking up at the hospital ceiling, I got a chance to contemplate what transpired because of my bad choices. I asked the Lord to forgive me for all that I’ve done to others and to give me the strength to change my life. At that moment, I gave up my life of crime, dropped out of my gang, gave up drugs and most of all, I dedicated my life to helping others, especially those that are dealing with the same issues I did growing up.📸 Michael’s own