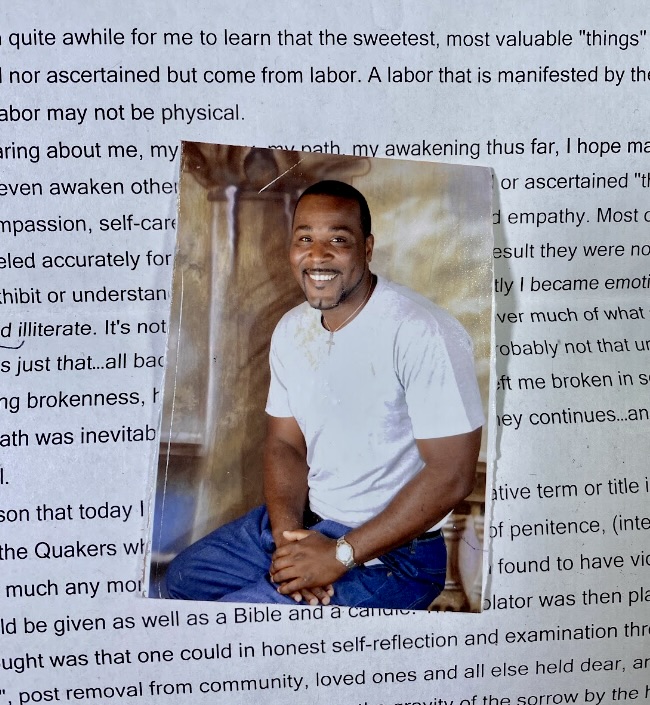 My journey to true self acceptance has indeed been crazy, humbling, and not by any means easy.

I was 28 before I came to recognize what happened to me as a child was wrong, a violation, a molestation. It was not violent by recall. I was groomed by a school social worker. It became an identity… imposed, but most importantly… not my choice and definitely not my fault.

I’m sure the epiphany was birthed from the years of chaos and fleeting situational happiness I had experienced. I had fashioned a mask that spoke of self-confidence, gregarious warmth, and a lively welcoming personality. Yet inside I was a wounded insecure man who had learned that my only value was in his physicality.  At 30, manifestation had become empty and meaningless, but I didn’t know anything else. I was in the throes of addiction and had no static history of being successful in any area of life save the mask of my familiarly unfamiliar sexuality. With little or no progress from the divinely sown seeds of my awakening to my unfamiliar true self, four years later I found myself with a 20-year-to-life sentence in California. 2,500 miles from my Wisconsin home.

Twenty-two years later, my journey to true self acceptance has indeed been crazy, humbling, and not by any means easy. I believe on a God-ordained, this divine level was necessary for me to become the man I am today. It is not just about understanding me, but others as well. It’s my personal journey to empathy, learning to love myself in order to really love others.

Being an American of African descent in this penal system, the conversation about sexuality outside the “Norm”  or “Straight” is no conversation at all, unless it was to degrade, intimidate or torture. For years in this toxic, hyper-masculine environment I donned the mask of my youth, out of an abundance of fear. Not just level four penitentiary fear from stories about what they do to people like me in prison, but more so out of fear of a continuing history of not belonging, and not being accepted. I could probably get over the physical pain but what if they don’t like me? All too familiar.

I hid behind the mask of fear and self doubt, unworthiness, compounded with codependency, yet in that mess and darkness, a light shone through. A light that called me to faith. A living faith in Christ. One who declared to love me as I was. A lifeline.

My journey to empathy has not been conventional, if there is any convention to be found therein. Even in coming to faith there has been no miraculous instantaneous change, but gradual exhaustive change in perception. I will say  I was struggling to figure out who I was/am, many around me were telling my story for me, based on their perception of who I was.

Targeted from 2007 as the only “gay guy” in my unit, a title I hadn’t even given myself. Gay yet had to live through, and have lived through… victoriously! It is through many self-help groups like IMPACT (Incarcerated Men Putting Away Childish Things), VOEG (Victim Offender Education Group) and A.C.T. (Acting with Compassion and Truth) that my intentions at the start of this journey were met with the power of Grace. There is a scripture in Proverbs that says, “Wisdom is the principal thing, therefore get wisdom, but in all you’re getting understanding.” Proverbs 4:7.

I now understand through a myriad of circumstances and horrible choices, that I stopped caring,  mostly for myself. I can honestly say through those divinely sown seeds all those years ago, empathy goes before me, without thought, fear or expectation. Today I do all I can to love GOD with all my heart, soul and strength, and love my neighbor as I love myself.