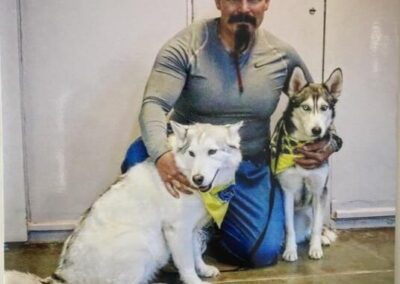 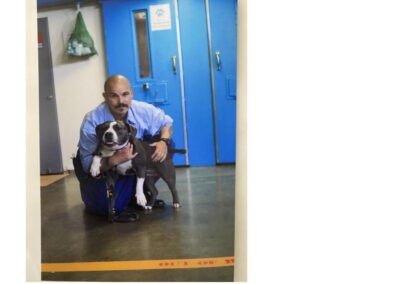 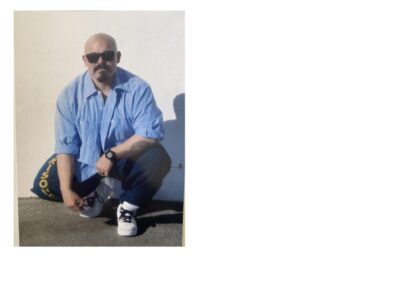 “I learned a different way to communicate and worked on becoming the person others could come to for help. The person I always wished I had in my life when I was a boy. I strive to be better.”

“The baby isn’t breathing.” The baby was born with the umbilical cord wrapped around its little neck and appears to have drowned in amniotic fluid during a very difficult birthing process. He never reaches his mothers arms, instead he is swept away by frantic doctors in an effort to revive him.

The doctor returns to deliver the news “The baby is alive and breathing.”  A moment of relief. “But he was gone too long and his brain was deprived of oxygen for far too long, I’m afraid he will be in a vegetative state for the rest of his life.” Turns out he was wrong. Shortly after, the baby sparked back to life with light in his eyes and developed normally.

He was happy and loved for several years until suddenly the love stopped and he never knew what he did wrong. His father, his superman, began hitting him, administering beatings more and more often. The baby, now a boy, began hating himself as much as he felt everyone else hated him. A cycle of abuse and mischief led him to homelessness in his early teens.

Violence became his language, the way he navigated through life. It became an obsession, then a compulsion, until it progressed to murder at the age of 16 and a life in prison. The boy became a man amidst the prison violence he consumed. Again, violence helped him navigate and even thrive where grown men struggled to survive. He was never lost, because that would imply that he belonged to someone that wanted him back.

The man was sentenced to end his life in solitary confinement. He accepted it for a long time. Eventually, he and many other men in confinement starved themselves in an effort to be released from solitary or die in the process.

With the help of many, he returned to the prison general population, where he sought out every opportunity for education that he was previously denied. Fearful that it would all be taken away again, he learned a different way to communicate and worked on becoming a person others could come to for help: the person he always wished he had in his life when he was a boy.

He strives to be better. I am the baby, the boy and the man and this is my story. 📸Dennis’