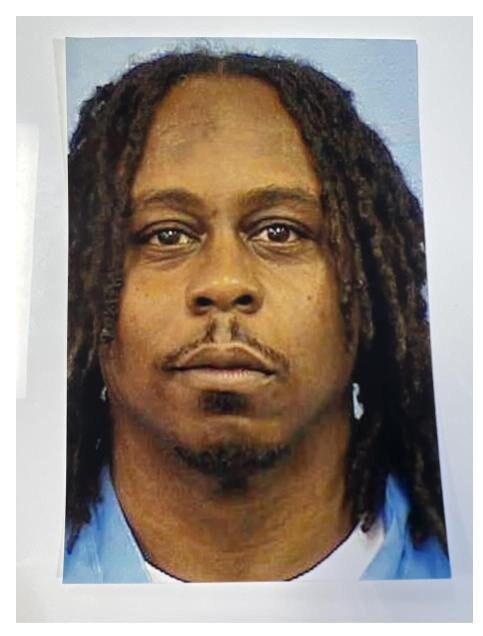 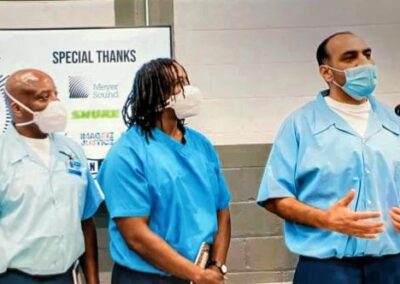 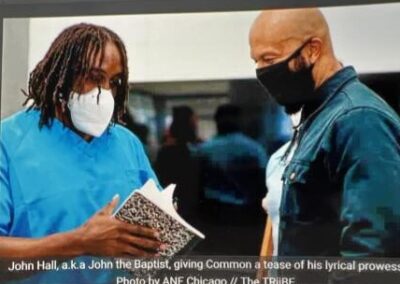 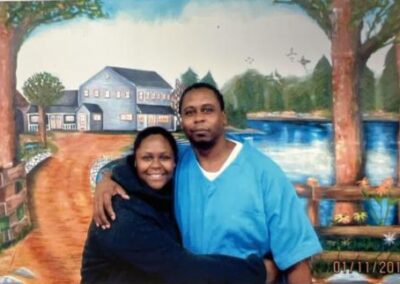 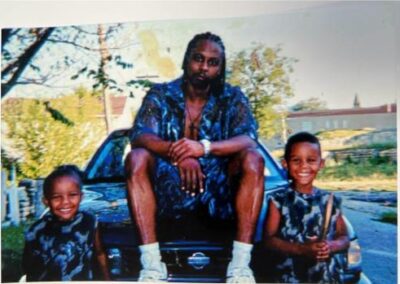 “One thing I have noticed during my walk is the more I submit to God’s will, the more blessings I receive. God is clearly guiding my footsteps.”

I was one of ten men selected to be a part of a music program constructed by Ari Williams and Common, the rapper. Common had a music studio built right here inside the prison. Nine guys and I record music once a week in the studio. But God wasn’t done blessing me. Not only did I meet Common the day the studio opened, but I was able to rap for him, talk with him for several hours and even record a song with him. Which I hope will be out soon. I have been blessed to even record music. One thing I have noticed during my walk is the more I submit to God’s will, the more blessings I receive. God is clearly guiding my footsteps. I am a God fearing man who lived a very sinful life. I was a gangsta rapper who sold drugs and took life for granted. I dated several women at the same time and when two of them had a physical altercation in my apartment that ended fatally, my life was changed forever. I was wrongfully convicted of murder. After I was sentenced, I accepted Christ as my Savior. I am mindful of how cliché it sounds to find God in prison, but actually God found me. My spiritual transition was gradual. I stopped swearing, being disrespectful and reinvented myself musically. I threw away all my old raps and began to write Christian raps, inspirational poetry and the spoken word. The Holy Spirit kept inspiring me to minister through my music. I believe one day he is going to guide me right out of prison. I am 47 years old and I compose better music than I did when I was 27. I have a powerful testimony for whoever is willing to listen. Every day above ground is proof that God gave me a gift and why I now have a record deal. I was called to be an ambassador for Christ, a world wide evangelist. Not an inebriated gangsta rapper with an appetite for sins of the flesh. It took the injustice of a 75 year prison sentence for God to get my attention. But boy does he have it now. Looking at how far God has brought me is proof of how far he is willing to take me.