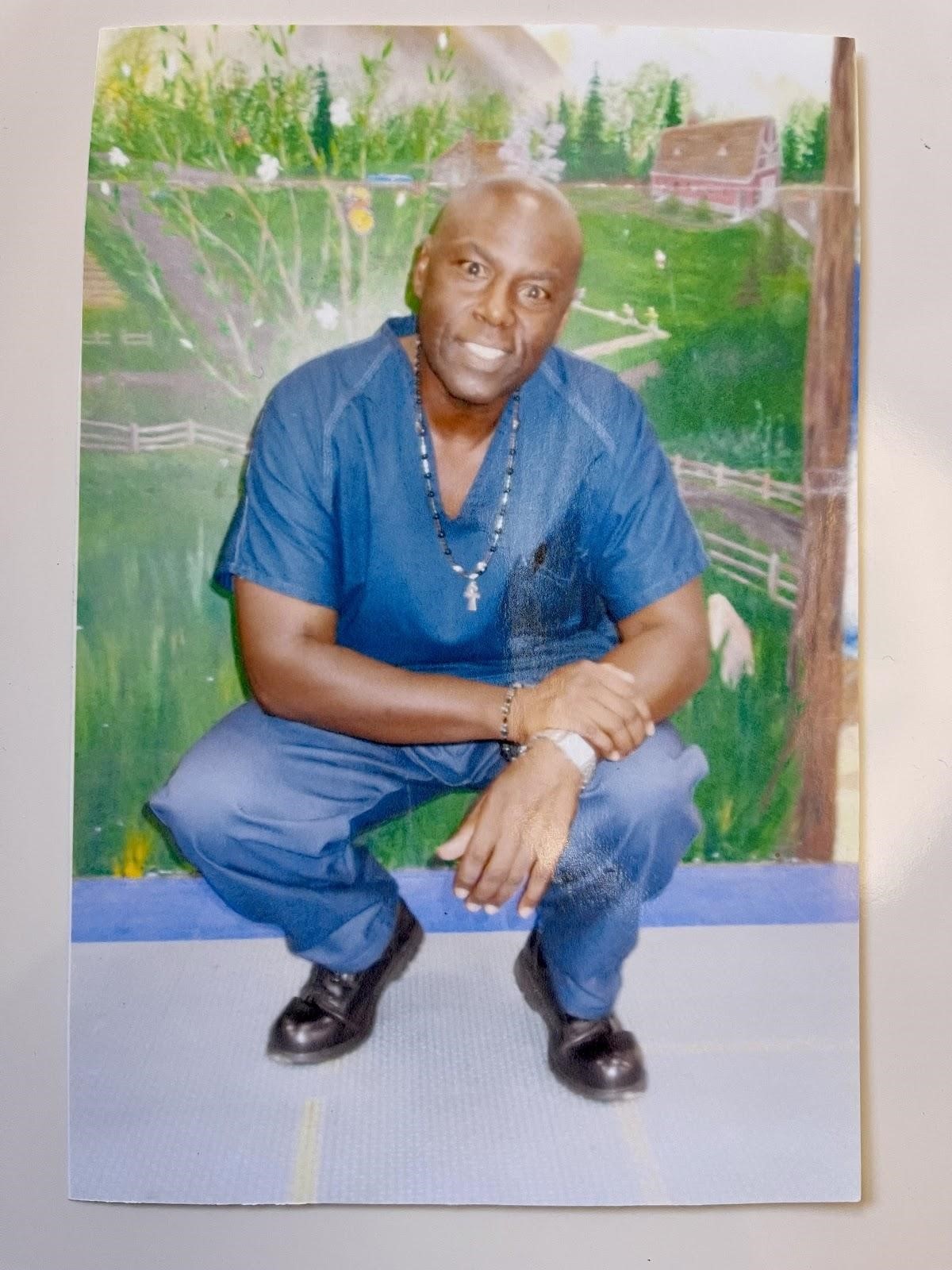 The next thing I heard about him was that he had died from the coronavirus. The suddenness of it all is unbelievable. He was here, then he left us – just like that.

SUCCUMBING TO THE CORONAVIRUS

On March 25, 2020, I received an email from a friend, Darnell,  “Brother, we are in the throes of an unprecedented global pandemic – the likes of which hasn’t been seen in humanity since the Bubonic plague of 1317 A.D., aka, The Black Death; which killed more than one-third of Europe. Physically, psychologically, emotionally, and spiritually.” He expressed concern for my health and the other prisoners held in the path of the coronavirus.

I clean my cell with bleach at least twice a week. I wash my hands after using the Unit’s kiosks,  doors, and the telephone. I exercised social distance, which is difficult with neighbors on both sides of me. The one had been coughing since February 2020, and the other laid in his bunk sleeping for five straight days. Even though I was exposed,  I continued to work out daily, drink a lot of water.  The one experience I had was mental.

Before the virus, I could complete four or five projects, but for a period of seven days, while the coronavirus ran rampant in me, I could not concentrate, nor focus while I read or attempted to write. Things in my mind would repeat over and over again. The information I had received and my good health at age 63 would not let me succumb to the coronavirus.

From this backdrop, I wish to remember William B. Lovett, a co-worker and friend of mine for eight years. Mr. Washington, a tutor in the GED education class. Gregory A. Heisler, #174564, a barber in the education building. Mr. Haney-Bey, who lived in a housing unit for prisoners with serious medical conditions, or are too elderly for the general population. I did not know Larry, who worked in our General Library, but I would see him visiting Lovette in the Law Library, where they would talk about the Pistons, Lions, and Red Wings. All of these men succumbed to the coronavirus.

Lovette had always been a good man. It was rare to see him without a smile and he loved helping others. He always wanted to answer the guys’ questions and give them assistance. When he didn’t know the answer to a question he would ask me or one of the other law clerks. He had been a paralegal for Prison Legal Services and worked in the factories at Jackson Prison. He also held numerous jobs in the Law Libraries. I remember the last time I had talked to Lovette, just a few days before the closing of the library. He told me how his two daughters, who live in Lansing, wanted him to transfer to a prison closer to them so they could come and see him more often. He loved his daughters, and when coming back from visits he would show me their pictures. He also told me that after the quarantine, he was going to request a transfer to Carson City so he could see more of his family. Lovette was one of the first prisoners at Lakeland to succumb to COVID-19, so he never had the chance to make his request. He is missed by me, and his spirit will always be remembered.

Mr. Washington worked in education as a tutor in the GED class. When I would pass by the class he worked in, I always saw him engaged with his students. About two years ago, Mr. Washington had a stroke or heart attack. It was difficult for him after the incident, but he did not give up. Within a year I saw him moving around faster in  his walker. He was engaged with his student once again. He was always respectful and had extremely good manners in all our interactions.

Gregory A. Heisler  and I lived in the same unit. He was a barber and on many occasions I had him cut my hair. This guy was very humorous and uplifted the prisoners’ spirits. He had a wife, and went on visits regularly. He often spoke to family and friends on the telephone. Sadly, he suddenly became ill, and the administration moved him to C-Unit, then the next thing I heard about him was that he had died from the coronavirus. The suddenness of it all is unbelievable. He was here, then he left us – just like that.

Haney-Bey lived in the facility’s geriactiric’s unit, and he had gone through a lot, losing half of both his legs and having serious problems with diabetes. On top of that he had a major heart attack. He used to come to the Law Library for help, and everyone had directed him to me. I put him on the right track to get an understanding of civil litigation, and helped guide him when he received medical pleadings in the mail about his case. Even though he was in a wheelchair, he never slowed down. He interacted with his family, and he was successful in defeating the defendant’s summary judgement pleadings on his deliberate indifference claims. Prior to the quarantine, the court had appointed him an attorney to represent him at trial. He was so happy about that and was looking forward to the end result.

These men succumbed to the coronavirus because of their underlying medical conditions, and they will all be remembered.