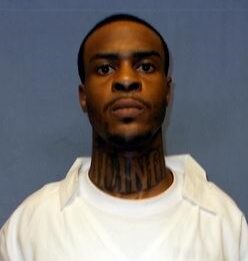 I feel it’s my job to teach positivity amongst adults – young and old. Today, my model is to ‘each one – teach one’ where I speak out about my experiences for the ‘Humans of Arkansas.’

I have never been outside of Arkansas and by coming to prison in Grady, this is the farthest I’ve been outside of Little Rock. Even though I have been incarcerated since I was 16, I no longer consider my length of imprisonment a struggle. I was pretty dubious growing up in the streets of Little Rock. By 12, I was infamous around my neighborhood. I was in and out of juvenile detention, expelled from school even though I was always the smartest, in every subject. I am thankful to my father, who taught me at an early age to be resourceful in school. I strayed away from positive morality to an ephemeral, glamorous lifestyle that provided lucrative living. I don’t blame my role models, my five cousins, it was my choice. I wanted more for myself and my household which could have been developed in a more meek way equally due to the fact I didn’t really understand poverty. I dropped out of Felder Academy, a military school named after a man who died for this country named “Bo Felder”. Every Friday, in our school uniforms and ties, we marched for Mr. Felder’s family. Our principal was a man named Judge Evans, who lost his leg in the war. He was our disciplinarian, hard and fair If any rule was broken, you were handcuffed and taken to the Little Rock Juvenile Detention Center. The county judge gave me unlimited chances to get it right instead of sending me away. Kids like me were sent to a place called Alexander, where we could stay up to 12 months. By 16, I hung out with a maniacal apprehensive group of guys. We marked ourselves as a gang, known as “Hoe-hop”. Some of us are Pirus, Crips, Bloods, G-D’s, B-D’s, ViceLords, hence the biggest in town. They gave me a purpose to live. Today, while seeing a continuous cycle of young men who remind me of myself, overcrowding the prison system. I decided to make a change while growing up in this Arkansas prison system. I feel it’s my job to teach positivity amongst adults – young and old. Today, my model is to ‘each one – teach one’ where I speak out about my experiences for the ‘Humans of Arkansas.’