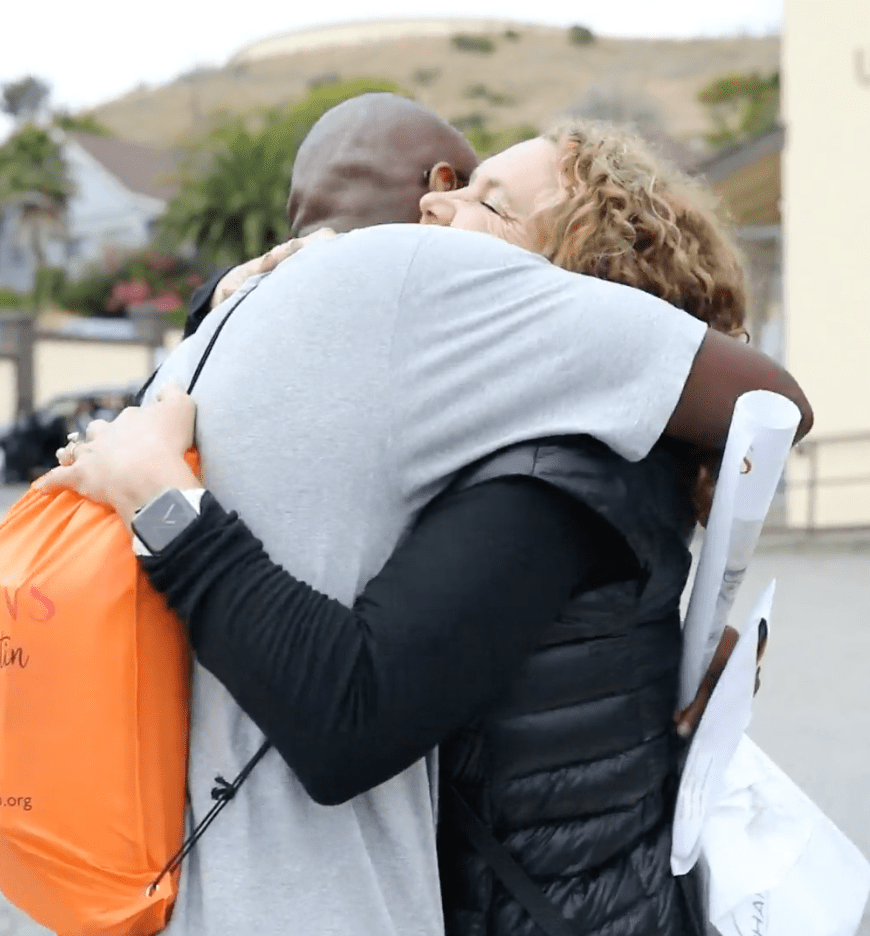 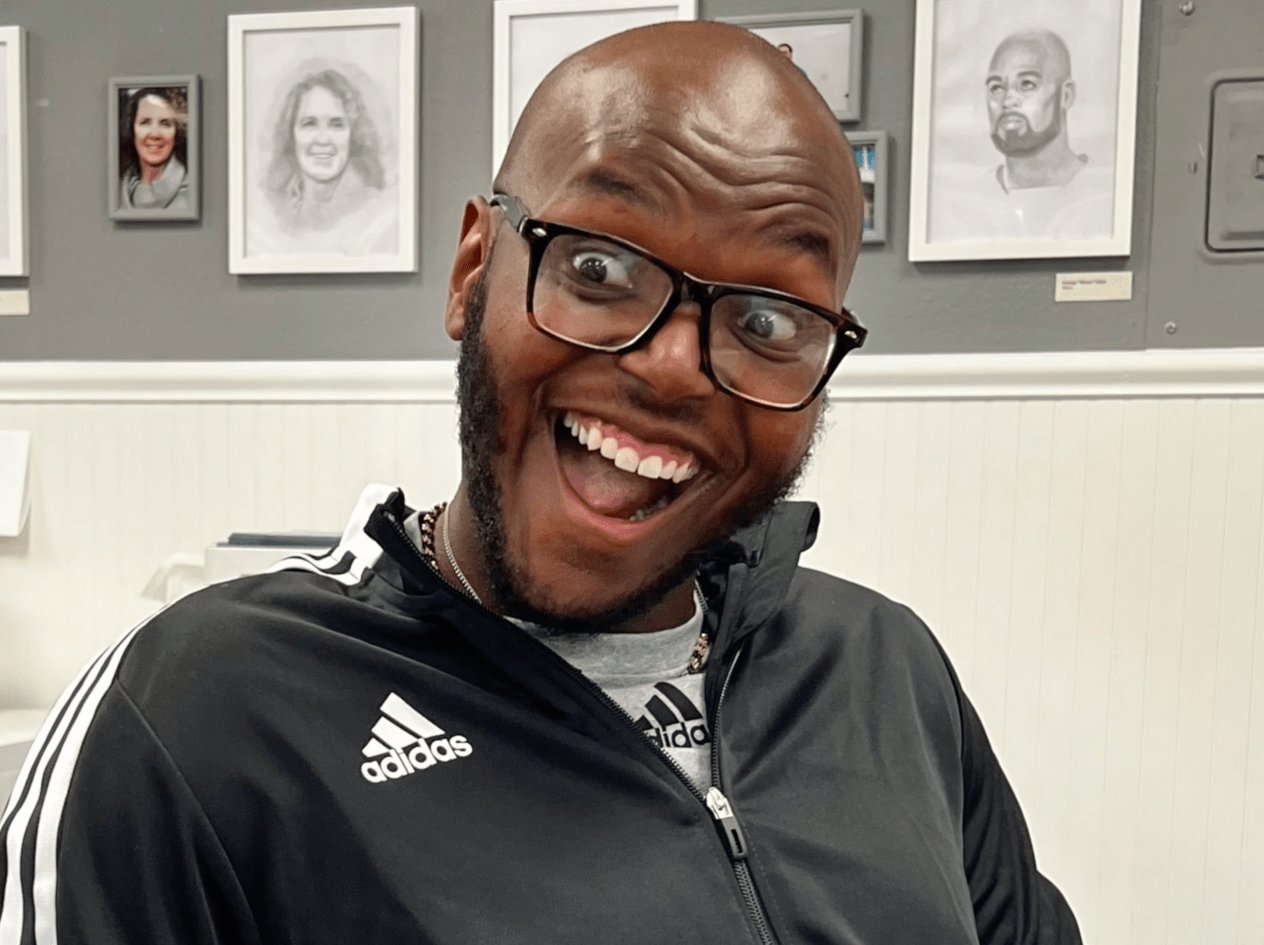 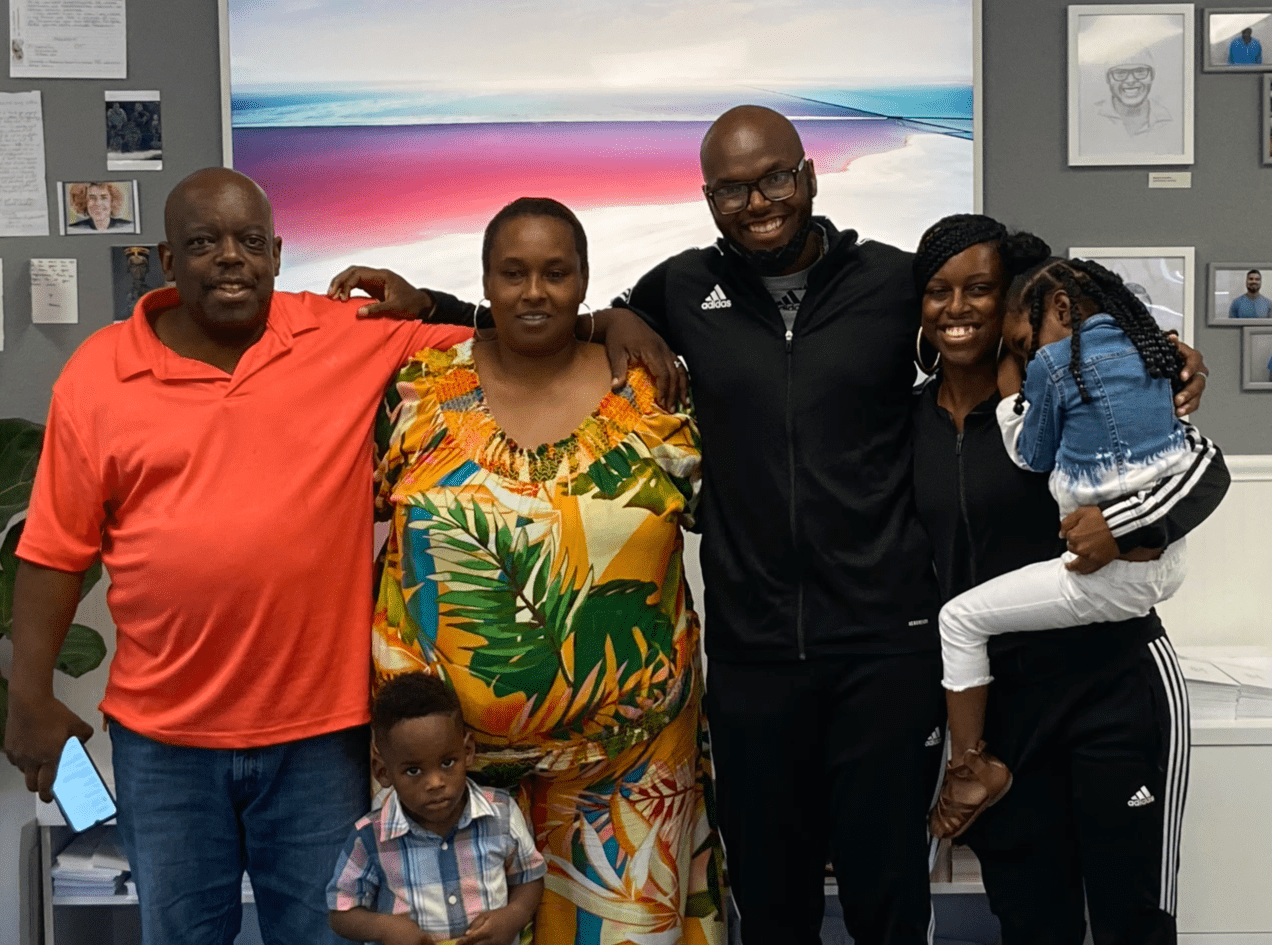 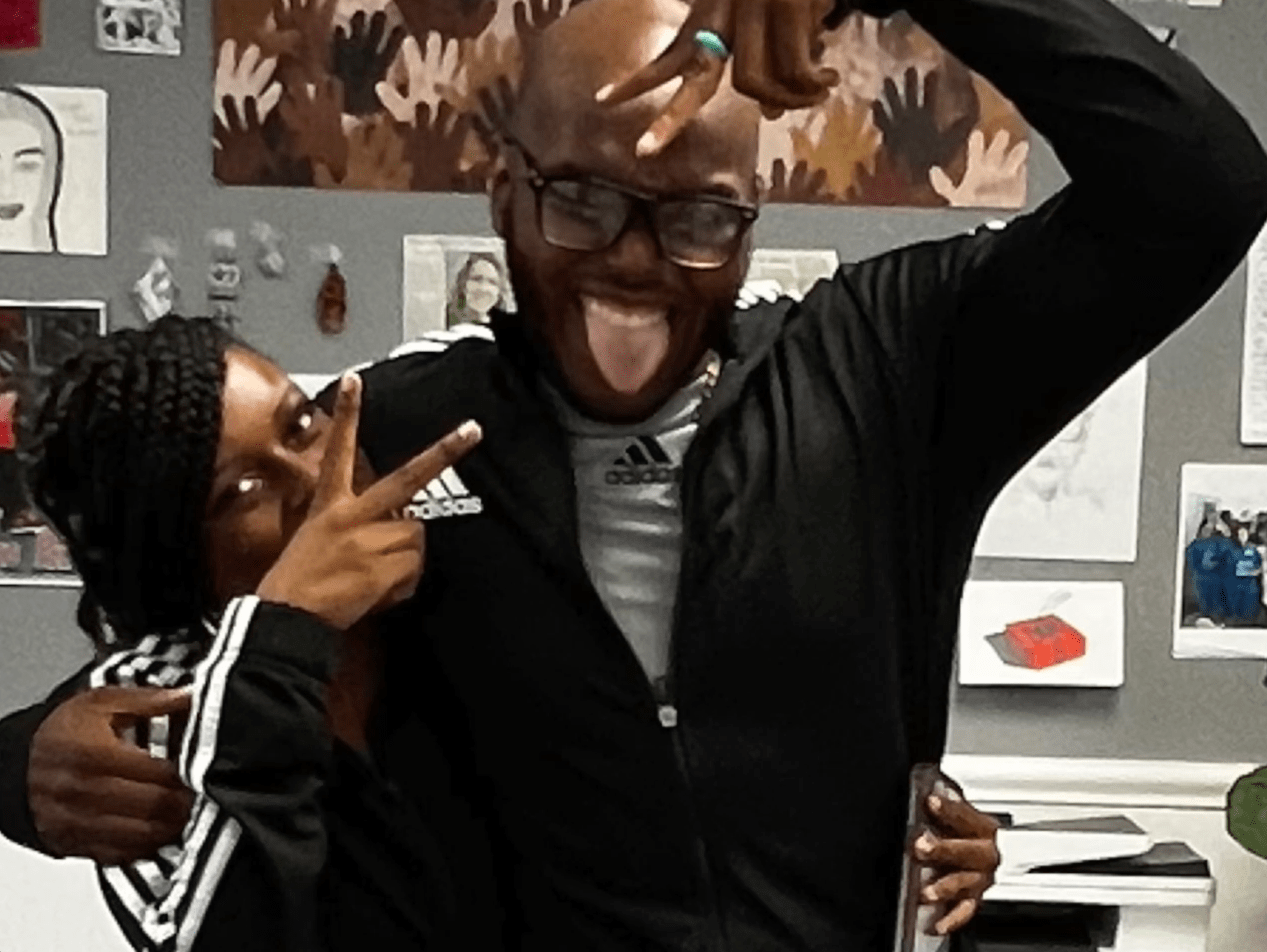 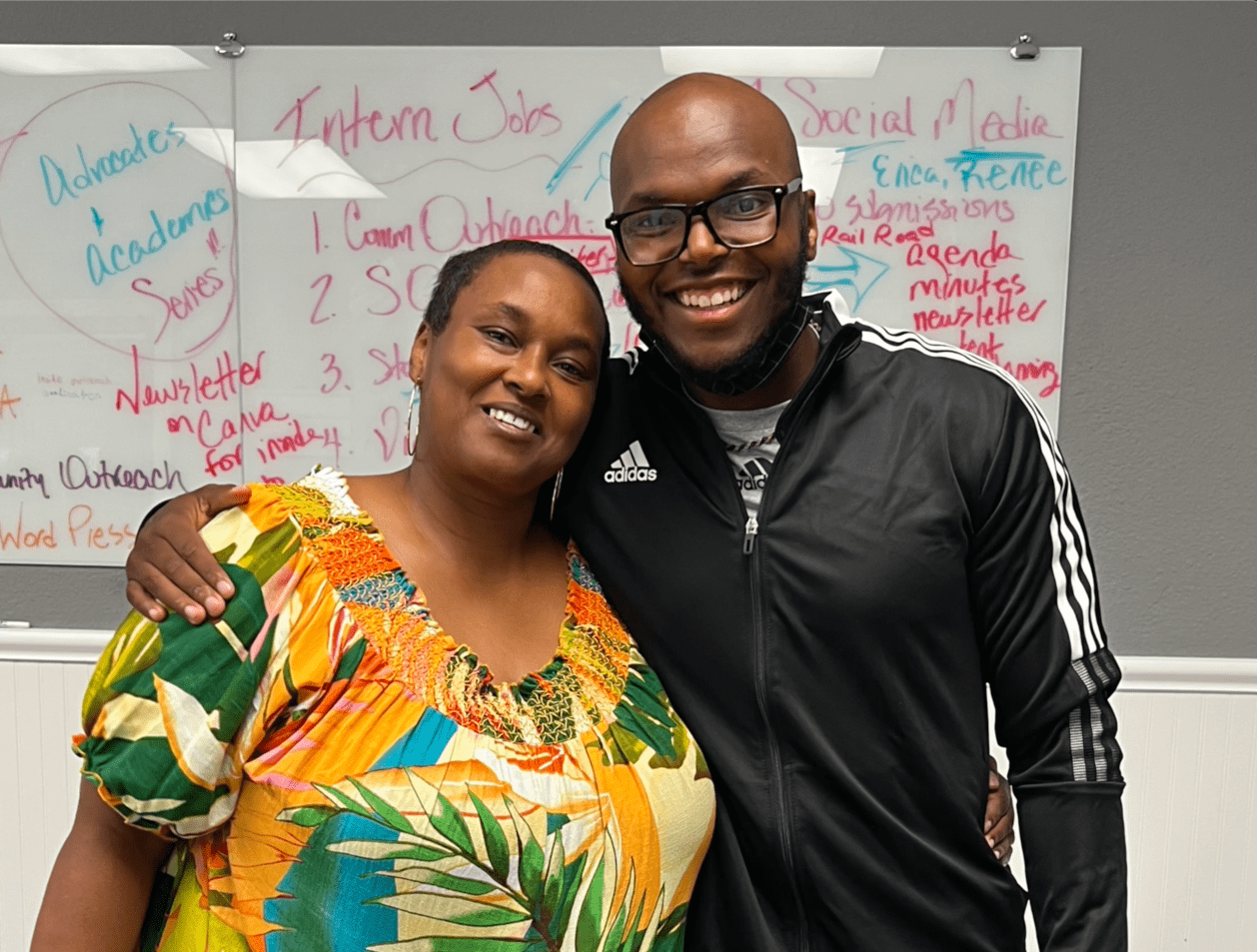 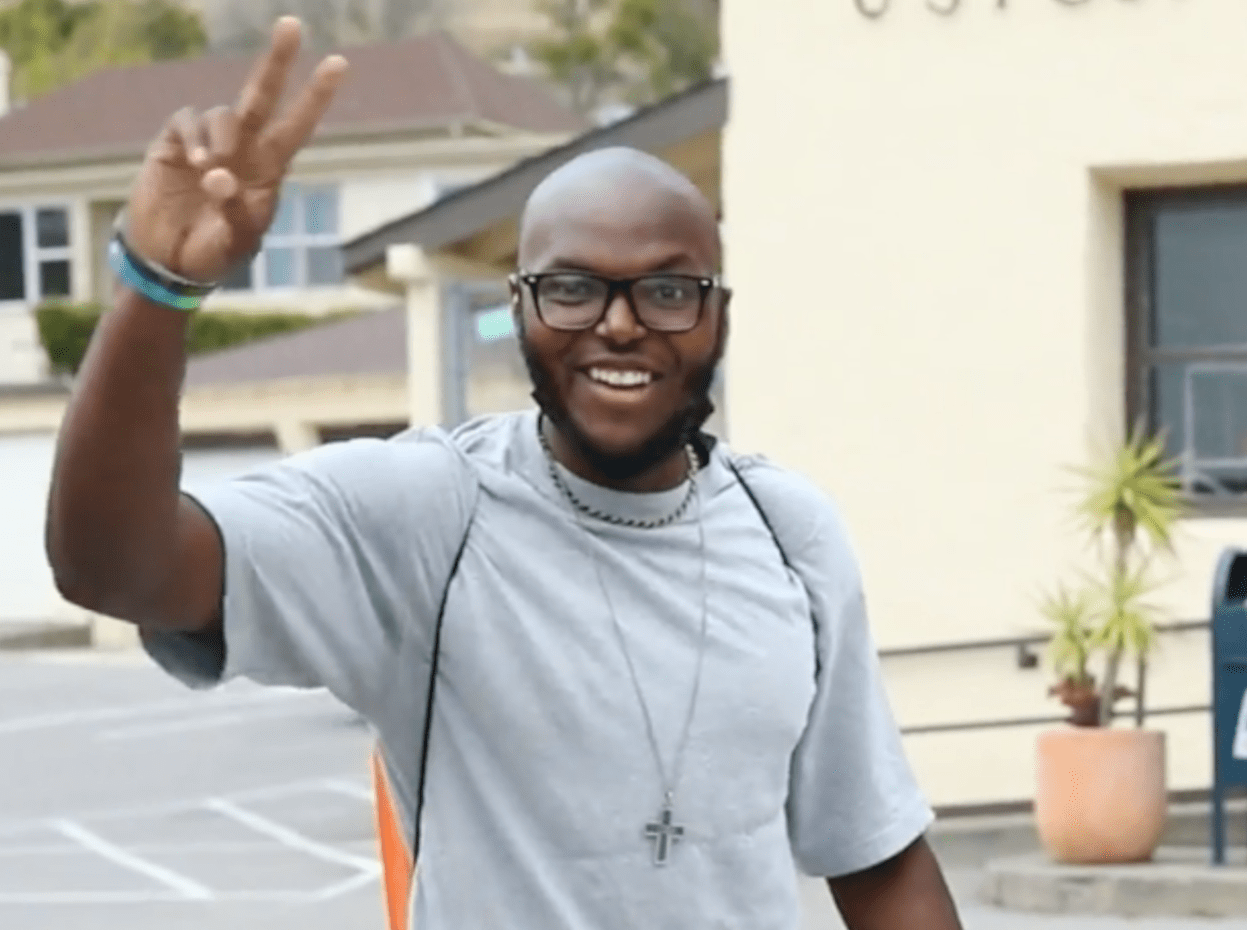 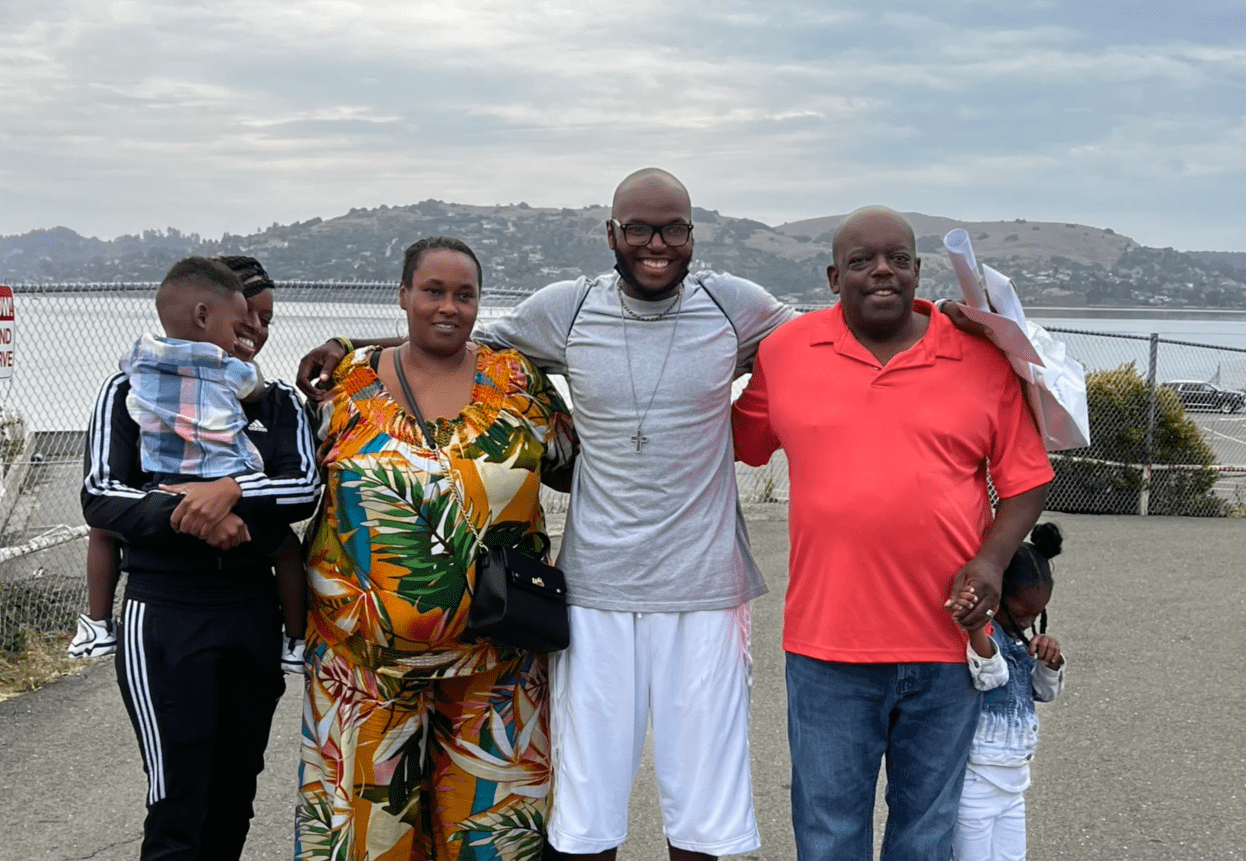 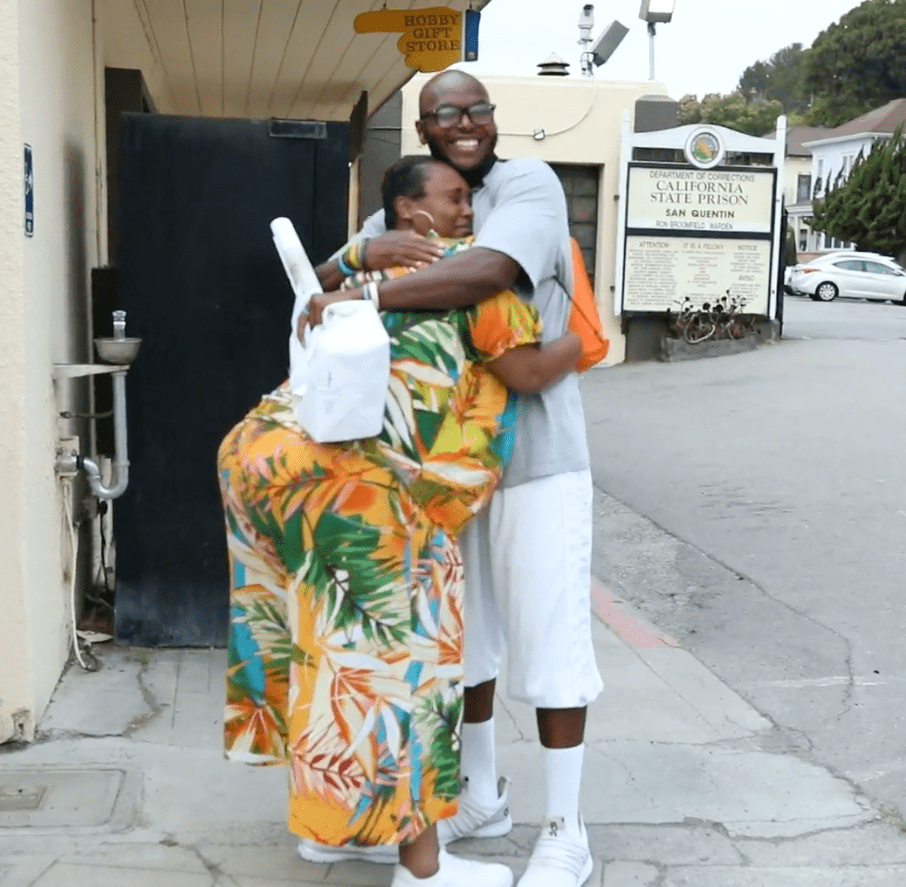 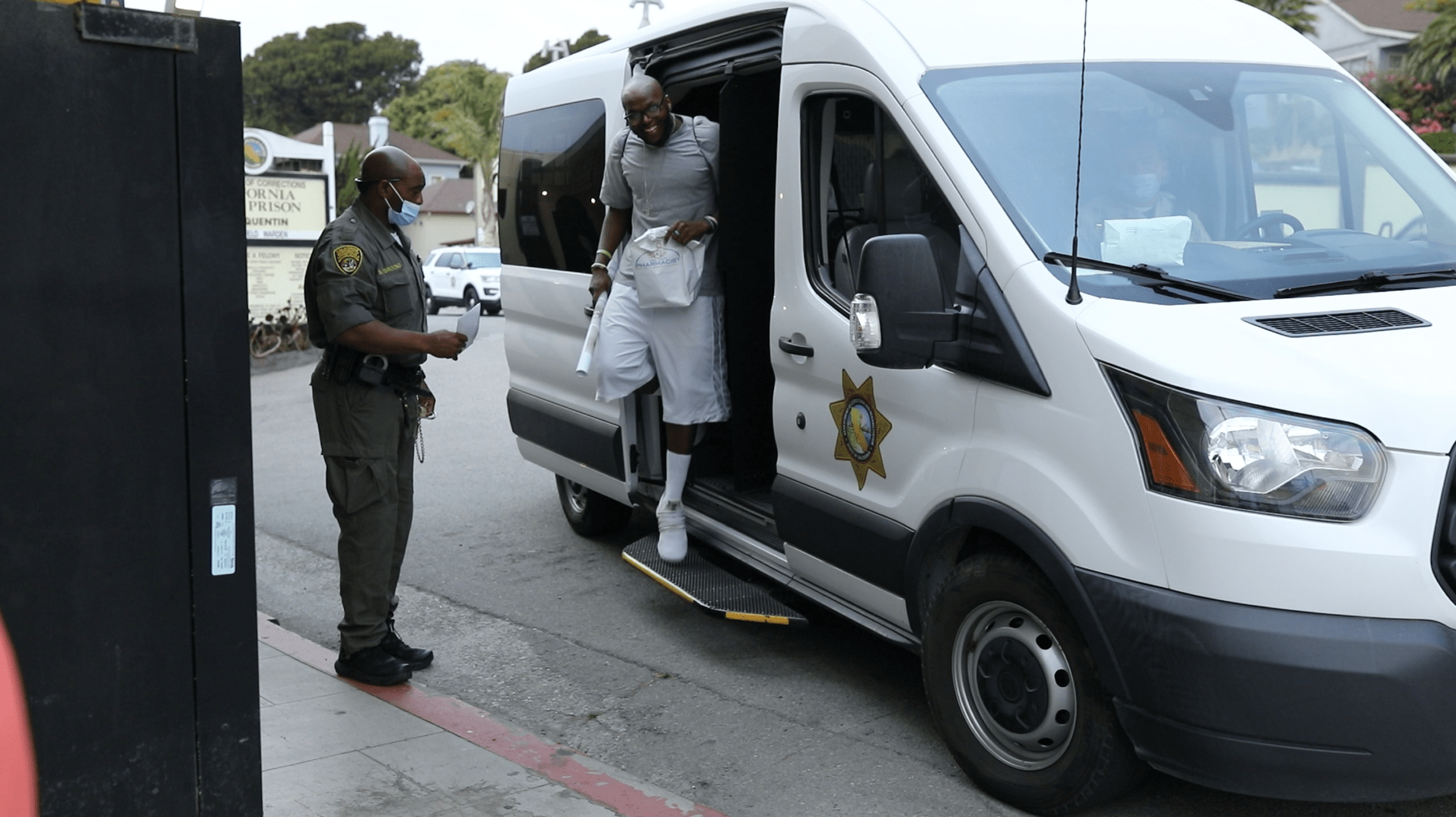 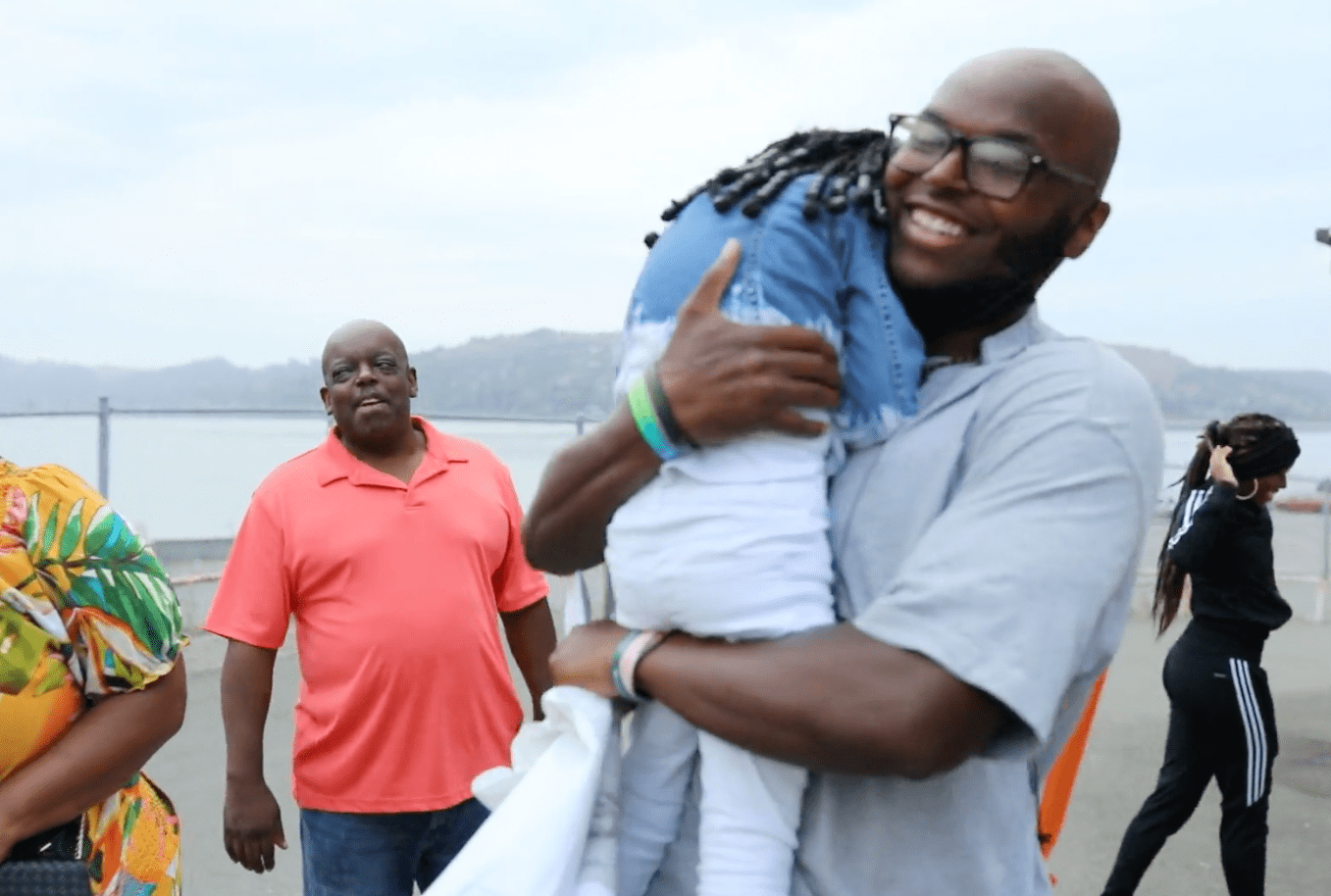 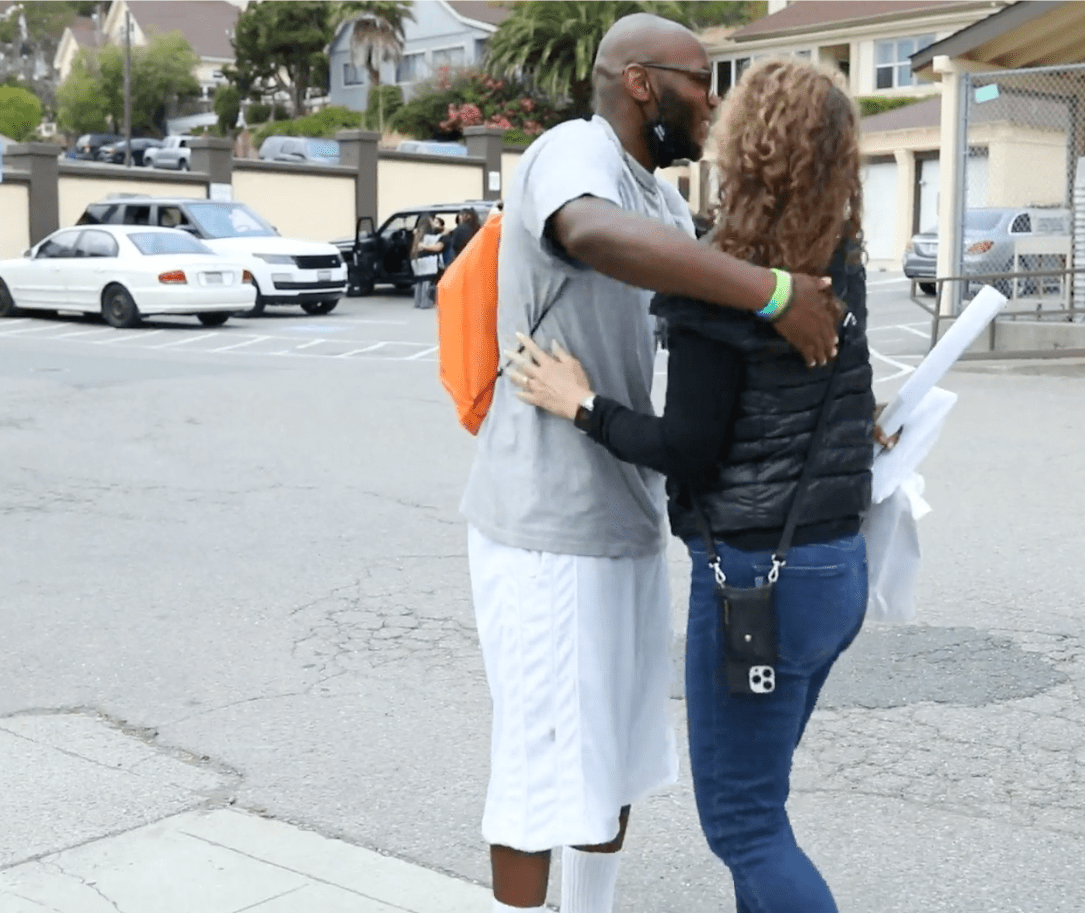 Diane: You were given an indeterminate sentence, can you explain that?

Raiveon: Basically an indeterminate sentence is when a person has a release date that is set for a specific time. When I went to trial, they told me I had to serve 11 years fulfilling at least 85% of my sentence.

Diane: Did you get any time taken off your sentence?

Raiveon: Yes for the college classes I took. I also got 84 days off during the pandemic for safety. I also got another five weeks off because I was in a program to go to school, so I got the weeks off to continue working in school.

Diane: Tell me about the morning you were released. You surprised your mom!

Raiveon: Yeah, she didn’t know what was coming. Part of me felt bad because throughout the whole time I was in prison she was just stuck on, I’m getting out in October not September. When the van pulled out of the gate, it was crazy because I see her and I see you, right, and so I’m like damn. I said, “I’m here, what the hell?” I was kind of surprised. I was so surprised to see you and I was surprised while trying to surprise my mom. Then when I saw my mom, it was adorable because she thought we were just visiting outside, I wasn’t being released. She was like, oh baby, that’s nice of the prison to let you visit us out here. I said no, I’m going home. Right there, she’s like, oh my God you’re coming home? Please don’t play with me. I was like, no, we’re going home, I’m like come on and then next you know ….. the tears start. It was very, very beautiful. I say that was like the highlight of her day, she can’t ever stop talking about that.

Diane: What happens at the office?

Raiveon: I was chilling with my niece and nephew, with my dad in the room. Everyone was talking, you know like a big happy family. It was amazing and the best memories.

Diane: Your parole office was okay with you going home?

Raiveon: If I have a place to stay at, they will accept it. He’s very cool you know, ain’t got no complaints and you know he’s basically all based on communication with you. And so that’s one thing we agreed on, and so far he’s proud of me. He accepted me because I have somewhere to go. You know ’cause I’m doing my thing and I’m checking in this program.

Diane: And what program are you checking in?

Raiveon: This program is called Geo. It’s based on things like substance abuse or anger management. It helps people that also have struggled with families. They have all types of stuff you could think of. So right now it’s mandatory to take anger management. The reason is because my anger sometimes gets the best of me. I also use this space to talk to people and vent. I have people to talk to and do homework with in the program.

Diane: What are you going to do next?

Raiveon: Right now I am currently looking for a job. I haven’t heard anything yet, but one is developer management. I basically want to be in TV shows, movies, like the big screens basically. I would love to be in a show like Flash or Black Lightning. I want to start with TV shows and work my way up to movies. In the future, I want to travel and go to hollywood.

Diane: Is there a goal you made for yourself once you were released?

Raiveon: I’ve been at peace with myself, it’s fully inside. I’m still hurting with this one thing I had to work on, with a woman named Suraya. She’s a really good friend of mine, like a big sister. I’ve been really wanting to get in touch with her and just hug her because she took a lot of the burden off me. It’s just one of my little small things to focus on right now.

Diane: While inside you talked a lot about suicide and negative thoughts, how has that affected you post incarceration?

Raiveon: It still pops up, but I have stuff now that I could focus on. I’m not contained in a cell or dorm full of dudes. I can function better now and can release some of my outlets, my triggers. I’ve had to be less selfish and see that people actually care about me. It has already been better with the people in my life seeing me. It is one thing for them to say they love me, but it is all based on action. These people were a huge help for me in prison and continue now that I am out. My support system has only grown now that I am out.

Raiveon: One thing when I was incarcerated, I took a lot of energy with the programming and my resources and my support group. Now that I’m out, they all started to support me in a way that helped me get back on my feet. So I say, that’s one of the things I’m proud of myself.

Diane: If you could have a super power what would it be?

Raiveon: I would say my power would be anywhere with elements. You know, fire, wind or earth. I grew up watching Avatar The Last Airbender. I always admired that type of power. I am proud I could stand out like I don’t want super strength or speed, I just want something original. I would also want to be a part of the Lanterns, which is a long story, but in short, I would want to start with the Green Lantern because that represents real power. Then I would move to Red Lantern which is rage. I would want this progression with my superpowers.

Diane: Do you think you gained any real life superpowers from prison?

Raiveon: My real power is my energy. That’s why you and I connected so well, we both have an immense amount of energy. I feel like God answered my prayers in making me a real life superhero without powers. Another thing I have is that I can see people fully, because I have been seen fully. I have been seen by you, the good and the bad. Now I try to do that with other people. I don’t want to give a false impression of who I am.

Diane: Anything else you want to add?